AAP's idea of app-based bus service is what Delhi needs

Kejriwal government needs to be careful in terms of the roll out, because if not done right, it may well meet the fate of BRT.

When the AAP government came to power in Delhi, one of the key points in its election manifesto was getting 10,000 buses for Delhi. Taking this goal forward, the Delhi government on May 23 notified the bus aggregator policy for app-based premium bus services, starting June 1.

This was refreshing and a welcome step because public transport share in the city has seen a decline.

As per a report by RITES, in 2007-08, around 46 per cent of total personal trips in Delhi were completed by using public transport system (bus and Metro). This share was much higher, about 60 per cent in 2001.

Also read: How I lost 15 precious days of my life to Kejriwal's #OddEven2 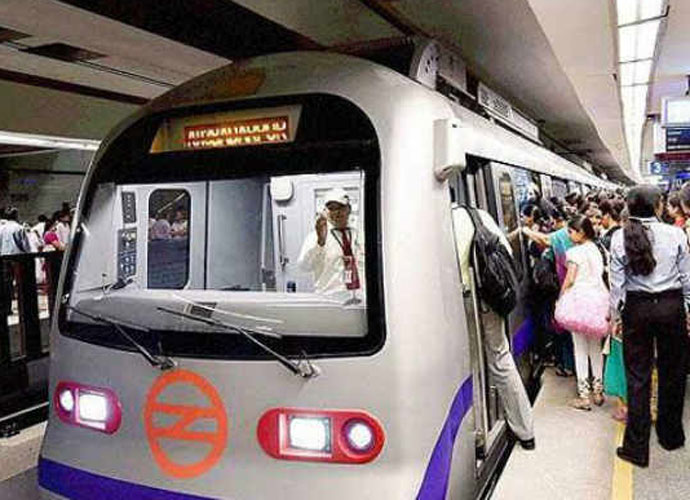 Buses in Delhi carry twice the passengers as compared to the Delhi Metro.

The share of public transport has gone down in the city now and it is estimated that Delhi Metro with 200-odd km of network carries 25 lakh passengers every day, whereas Delhi Transport Corporation (DTC) with 4,300 buses and Delhi Integrated Multi Modal Transit System (DIMTS) with around 1,400 buses carry 50 lakh passengers per day.

Buses in Delhi carry twice the passengers as compared to Metro. This is not surprising and is a trend noticed in several cities. For example, in London, which has 400km of metro network, buses carry 60 lakh passengers every day, whereas the underground (Metro) carries 30 lakh passengers.

Also, Delhi Master Plan 2021 has projected the model share for the year 2021 as 80 per cent in favour of public transport. While Delhi Metro projects that it would carry around 40 lakh passengers on a daily basis with all its phases operational, this means that the balance 1.25 crore passenger trips would need to be transported by buses.

Also read: Delhi's an easy ride, thanks to autowalas

This means that Delhi has to increase the bus ridership by 2.5 times in the next five years which is very challenging and, therefore, bus network strengthening would be a key strategy in Delhi for coming years.

The addition of buses in Delhi has been very challenging. In the last four years, DTC has seen three failed tenders for procurement of buses. This is largely due to two reasons.

First, there is almost a monopoly in the manufacturing of formal city buses in the country with two manufactures controlling about 90 per cent of overall production, the result being single bids with conditional offers. The other major issue is that manufacturers do not want to get into maintenance of buses as it is much "easier" to sell the buses than maintain them.

Apart from this, the government is also facing the problem of getting adequate land for depot and terminals. The problem in Delhi is complicated by the fact that the Delhi Development Authority (DDA) does not report to the Delhi government.

Given these issues and also to tap into the recent development of the likes of Uber and Ola, the government’s decision to notify a bus aggregator policy is a timely and much required move.

The scheme offers creation of "Passenger Aggregator", a registered company that would use IT to aggregate passenger demand, something like an Uber or Ola for buses. The company is expected to bring in CNG, premium air-conditioned buses to run on designated routes and would be free to choose the fare of the service.

However, the government may bring in a price cap in future. Fare is to be collected through electronic format only as cash transaction is prohibited in the scheme. The company will install GPS, CCTV cameras and panic button and would also offer free Wi-Fi in the buses.

There is also a penalty provision for violation of terms and conditions, especially overloading of passengers as well as travelling without the names of passengers.

The likes of Shuttl, Ola, Zipgo are already operating this kind of service in various parts of the country but are marred with controversy as the regulation has a lot of grey areas, and in this regard the Delhi government’s notification is surely a forward thinking step for improving public transport in the city.

Some of the important parameters, though, that need to be addressed in the policy include:

1. Service-level benchmarks: The government needs to come up with the defined service-level benchmark, including vehicle specification, operations parameters, monitoring and control, etc. This would not only give a level playing field to operators but also judge performance.

2. Data sharing: Data is key to judge not only performance of the system but a good data is also key for current and future planning. The government should regularly submit data like operational details, fares, etc.

3. Parking: Parking of vehicles, especially in the night and off peak hours, can result in major issues. The government should create designated spaces for parking and unregulated parking must not be allowed.

4. Integration: Integration with other modes, like buses and Metro, would not only help the app-based buses, but will positively impact the other system as well. Common mobility card would be helpful in integrating the service.

Since this is a first of its kind of work, the Delhi government needs to be careful in terms of the roll out, because if done right, the policy can be a game-changer for public transport in India. It will not only scale up public transport in the country, but also promote some serious entrepreneurs in the ecosystem.

However, if the roll out is not right, it may very well meet the fate of a good concept like the BRT in Delhi.

#Public transport, #AAP, #Delhi
The views and opinions expressed in this article are those of the authors and do not necessarily reflect the official policy or position of DailyO.in or the India Today Group. The writers are solely responsible for any claims arising out of the contents of this article.