The city needs to develop and execute an environment emergency plan.

Talks about Delhi's air are in the air. Not just media, TV debates, newspaper headlines and social media posts, but lunch table casual conversations in Delhi NCR are also replete with pollution problems.

While this conversation has only just started in the capital post Dilwali, these pollutants have slowly but steadily been creeping into Delhi's air for decades.

People, agencies or governments have always been aware of this issue, but it has been happily neglected as there were other "pressing" things to address. Besides, the effect of pollution was not as tangible and palpable as now.

The result of this neglect is that Delhi's air has become unbreathable. The city is hazy and full of smoke, but it's not cold enough to be dismissed as fog.

Doctors are asking people, especially children and adults, not to venture out. School administrations are suspending classes. Parents are stockpiling pollution masks.

Political parties are blaming each other. The whole region seems like we've just entered a Hollywood apocalypse movie, where the world may end because of a natural disaster that has been caused by our gradual neglect of nature's signs.

The current "severe" nature of Delhi's foul air is bad for the residents of Delhi, but the impact generated, which has forced agencies to take a closer look at this issue, give a great opportunity to address it. 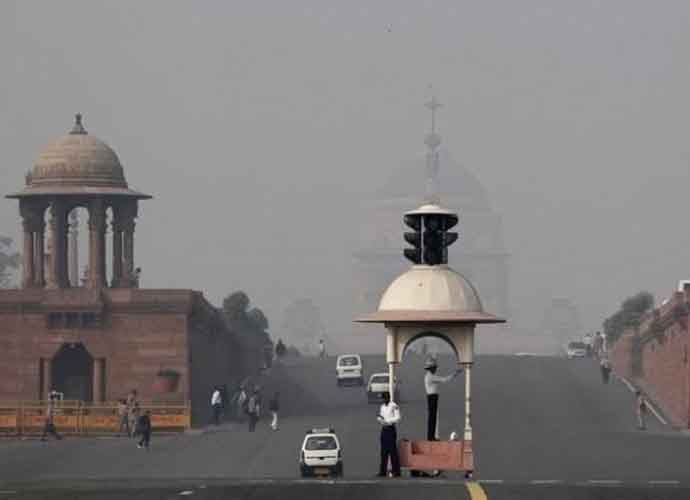 There are three mistakes that Delhi needs to avoid while planning to solve the pollution crisis.

The farm fires of Punjab and Haryana and its impact on Delhi's air have proved once again that apart from local sources like transport, industry, etc, the quality of air that one breathes is also impacted by regional issues.

Watershed analysis is a common technique in planning for drainage of an area by looking at the source of water. Similarly, the concept of "air shed technique" is something that is still to develop.

This would involve scientifically analysing the extent of area around Delhi that influences its air.

Once we know how the air is being impacted, authorities from the entire region can work on a unified strategy to counter air pollution.

This would mean that Delhi government and central government along with the adjoining states of Haryana, Punjab Uttarakhand, Rajasthan and Uttar Pradesh may need to come together to solve the crisis of Delhi-NCR as well as the neighbouring region.

Borrowing from Sun Tzu, I would say that knowing the problem (enemy) is most important for solving (fighting) it.

Beijing, which has been facing the same problem since years has managed to get concrete results by introducing a slew of measures in the city.

The Chinese government, as part its National Action Plan on Air Pollution Control, started by acknowledging the severity of the problem.

They pledged to reduce PM10 levels in cities, nationally, by at least ten per cent from the level in 2012 and reduce PM2.5 levels in Beijing and two other cities by 25 per cent.

Similarly, Delhi and the central government should come up with a road map for curbing air pollution.

These should have measurable air quality improvement targets that should be made public so that the agencies can be held accountable for them and it will give a clear direction to the people that the government is committed to improve the air quality in Delhi-NCR.

While everyone is blaming the farm fires for Delhi's toxic air, we forget to realise that improving from "severe" to "very bad" air is really not an improvement in the true sense.

Therefore, if Delhi needs the region to act for it, the city also needs to demonstrate concrete action in curbing pollution.

Transport is one sector that is one of the largest contributors to PM2.5 exposure as per the 2011 study by the Indian Institute of Tropical Meteorology.

Delhi needs to double its public transport supply from existing 5,500 odd buses. It also needs to develop infrastructure for walking and cycling.

In addition, the city needs to restrict the growth and usage of private automobiles by putting a cap on the registration of vehicles in the city and levying additional cess on the outstation vehicles.

It also needs to develop low emission zones in the city wherein apart from public transport vehicles, there should be restriction on the use of private vehicles.

Similarly, action on other fronts like waste burning, industrial emission, construction dust, etc are also important and need to be addressed urgently.

The impacts of developing the above strategy and its execution will take time.

Till then, Delhi needs to develop and execute an environment emergency plan where in a slew of measures are introduced depending on the gravity of the situation.

These measures should be enforced every time the pollution levels are breached.

Addressing the above issue is not easy. In fact, it was not easy in any other city that has addressed it successfully.

However, we need to remember that there is no other option because air pollution in Delhi NCR is a ticking time bomb.

The Hollywood apocalypse movies may be all fiction, but are indeed based on real concerns.

#Smog, #Delhi, #Pollution
The views and opinions expressed in this article are those of the authors and do not necessarily reflect the official policy or position of DailyO.in or the India Today Group. The writers are solely responsible for any claims arising out of the contents of this article.