Even the mountains of India are reeling under climate change

Research has revealed that average temperature in Uttarakhand's Almora has risen by 0.46 degrees in the past 53 years.

As the capital battles one of its worst ever environmental crises in the recent decades, politicians and policymakers are getting ready for yet another round of climate change talks in far-off Morocco.

We will once again hear homilies on the need for reducing greenhouse gas emissions, undertaking mitigation and adaptation measures, technology transfer and additional financial resources for poor countries.

While this process has been going on, with all its twists and turns, climate change impacts are being felt in the most vulnerable and ecologically fragile areas like the mountains and coastal areas.

The need is to recognise these changes and start taking adaptive measures to help local communities face the vagaries of climate change.

The first step towards preparing ourselves for climate change is to recognise the signals of this change which are already being felt.

At the global, regional and national levels, various projections have been made about changes in parameters like temperature, sea level and so on.

The evidence about such factors is still evolving (building up) and the picture gets clearer with every new research study. 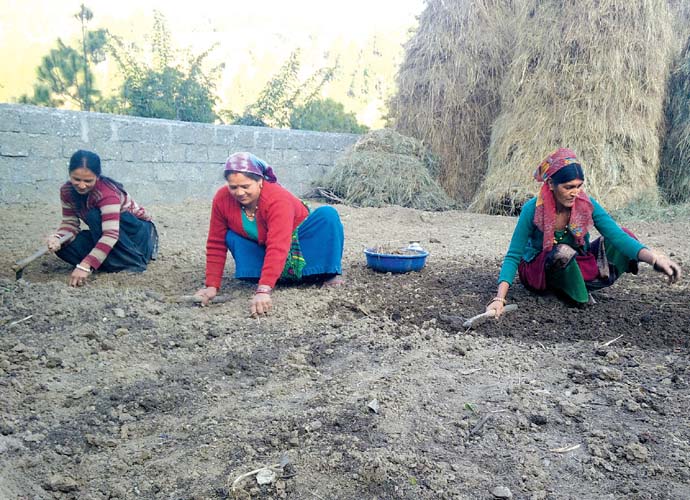 In the mountainous regions, which are the most vulnerable to climate change, the micro-level picture is already worrisome.

For instance, research has revealed that the average temperature in Almora, Uttarakhand has risen by 0.46 degrees in the past 53 years.

Another indicator of climate change is the change in rainfall patterns, particularly winter rains which are crucial for agriculture in the hills.

Almora now is receiving 23 per cent less annual rainfall as compared to the average of the past 53 years, and the average rainfall duration is also decreasing, according to data compiled by the Uttarakhand State Council of Science and Technology.

Other indicators from the upper Himalayas - shrinking of snow cover area, steadily receding glaciers, glacial-fed rivers not being sourced from glaciers anymore, increasing size of glacial lakes, the shifting of the vegetation line.

"All these are significant changes being observed in the state, and the time has come for us to prepare our communities for new realities," points out Dr Rajendra Dobhal, director general of the council.

"These are disruptive changes and we must get ready with solutions for adaptation," feels Dr Pitambar Prasad Dhyani, director of the GB Pant Institute of Himalayan Environment and Development in Almora.

The institute is helping communities in the Himalayan states cope with climate change with innovative technologies like cost-effective polyhouses, in which green vegetables can be grown throughout the year, water harvesting and weed composting, that can help farmers withstand vagaries of changing climatic patterns.

Besides being climate resilient, such technologies can also add to the income of the poor.

"A combination of traditional knowledge and scientific inputs can provide solutions to the challenge of climate change in the hills," says Dr Arunava Pattanayak, director of the Vivekananda Institute.

While climate diplomats and policymakers grapple with the intricacies of treaties and protocols, it is time to wake up to the challenge at local level and start preparing ourselves.

#Delhi, #Pollution, #Smog, #Climate change
The views and opinions expressed in this article are those of the authors and do not necessarily reflect the official policy or position of DailyO.in or the India Today Group. The writers are solely responsible for any claims arising out of the contents of this article.