Demonetisation is good only for Modi, no one else

He has blamed the opposition parties for the mounting anger.

The sudden announcement of withdrawal of Rs 500 and Rs 1000 notes by Prime Minister Narendra Modi on November 8 has sent the country into a dystopian nightmare.

The government and its supporters immediately took over the media space to brand this move as the single greatest reform “since Independence”. BJP and its online army took no time to celebrate it as Modi’s "surgical strike" against corruption and "swachh abhiyaan" on black money.

A debate has already started whether or not the withdrawal of currency notes would bring the black money situation under control, eliminate fake currency circulation that supports terror activities, and make India a cash-free society.

Government and BJP spokespersons are engaged as usual in exaggerated claims. Some crony industrialists and bankers have sided with them in effusively praising Modi’s "master stroke".

At the same time, some people like Kaushik Basu, Prabhat Patnaik and Swaminathan S Anklesaria Aiyar, those who understand India’s economy well, have already come out questioning the claims of the government and highlighting the possible negative consequences.

However, time will tell us if Modi’s decision on withdrawal of Rs 500 and Rs 1,000 notes is ingenious or impulsive.

I do not know economics enough to take a side on this raging debate. But, this decision is of such magnitude that it is not just an economic decision, it has huge political ramifications as well.

This is most likely going to be BJP’s answer to the opposition’s jumla jibe over its election promise of getting every Indian Rs 15 lakh from the black money deposited in foreign banks.

However, allegations are mounting that some cronies and party colleagues were privy to Modi’s decision to withdraw the notes in advance. The sharp rise in bank deposits in the last quarter, the advance information about the new Rs 2,000 note in a sympathetic newspaper and in some social media circles, and imaginative decisions by some crony business houses to prepare themselves to take advantage of this policy, have given fodder to this speculation.

Only an impartial judicial investigation can possibly explain these highly suspicious scheduling conjectures. 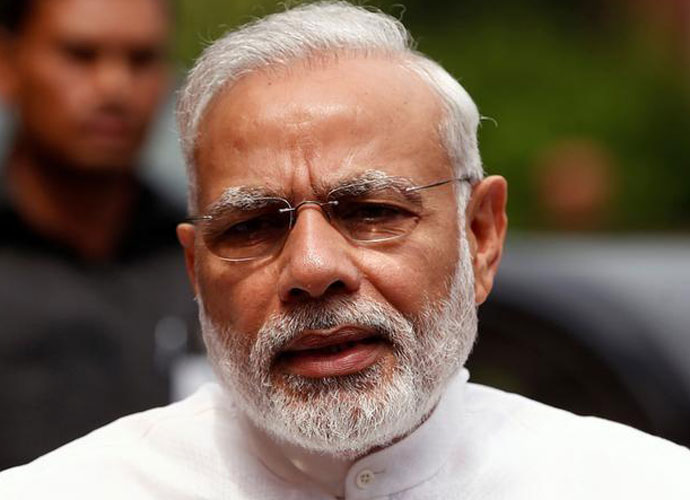 Narendra Modi, to justify his capricious decision of huge magnitude, in his address to the nation asked for sacrifice in the name national interest. (Photo: Reuters)

Besides engaging in the debate over the efficacy of the decision or propriety of the process followed to announce it, the country should also question the disdainful manner in which the PM took this decision, and took the people for granted while implementing it.

The decision of withdrawing Rs 500 and Rs 1000 notes in such an abrupt manner was Modi’s alone. Like many other important decisions of his government, on this one too he had not taken his acquiescent cabinet into confidence.

He even handpicked a pliant Reserve Bank of India governor to go along with him in his precarious choice.

It is common for countries around the world to consider policies in scaling back large denomination currency notes to fight black money and other crimes. The European Central Bank is in the process of getting rid of €500 note this year. India also phased out in 1978 notes of denomination Rs 1,000, Rs 5,000 and Rs 10,000.

But what Modi has done now is quite unprecedented in any big economy. In 1978, the phased out notes of high domination were only 2 per cent of the total currency in circulation in the country and very rarely used in daily transactions.

However, the high value denomination notes targeted now constitute 86 per cent of the country’s total currency in circulation and are regularly used by the aam  aadmi.

In spite of the extent of the impact of the decision, Modi informed the country only at 8 pm on November 8 that Rs 500 and Rs 1,000 notes would not be valid effective midnight.

It was not rocket science to gauge the serious repercussion, which we are witnessing now, of taking out 86 per cent of cash from total currency circulation in less than four hours in a country like India, which has only 53 per cent bank account penetration, of which 43 per cent accounts are dormant. Moreover, a country with a population of over 1.2 billion has also only 2,20,000 ATMs.

Modi has a record of autocratic style of functioning, but this decision has elevated him to a much higher level, in the league of Robert Mugabe of Zimbabwe.

In the name of land reform, Mugabe’s policy of land-grab in 2000 crippled his country’s economy and turned one of the breadbaskets of Africa to import food to survive.

Similarly, Modi’s policy to withdraw high value rupee notes in the name of eradicating black money seems to have started an economic emergency in the country, leading to public disorder and social chaos.

Modi has also visibly exposed his dictatorial trait by being nonchalant over the hardships faced by the poorer sections of the country. Many of those who are facing the burnt of his decision are small and marginal farmers or work in the unorganised sectors.

Immediately after dropping the currency bombshell, being oblivious to the incoming hardship to the large population of the country, Modi left for Japan on a three-day visit.

Modi, to justify his capricious decision of huge magnitude, in his address to the nation, asked for sacrifice in the name national interest: “Experience tells us that ordinary citizens are always ready to make sacrifices and face difficulties for the benefit of the nation.”

In spite of growing popular anger against the currency ban resulting in increasing attacks against banks in various parts of the country, Modi in Kobe, Japan, on November 12 insisted on taking further measures against black money.

He blamed the opposition parties for the mounting opposition: “People are willingly and happily making sacrifices for the nation, but some elements are forcing them to speak out against me,” he said.

Leaders like Modi with authoritarian tendencies usually use "national interest" as a euphemism for interests of their own and of their cronies.

Modi is exposing often this Mugabe syndrome. His decision to withdraw high denomination notes is a prime example of this dictatorial propensity. However, there is a growing sign that the majority in India is increasingly becoming reluctant to buy Modi’s cock-and-bull story.