Demonetisation is a success in humiliating India

By now, most of the international financial magazines, journals and portals, most of which swear allegiance to a globalised flow of capital, and cannot not sing praises of free market economics, as evidenced by the still ongoing big banks phenomenon, have criticised Prime Minister Narendra Modi-driven demonetisation exercise as nothing short of a train-wreck.

Neoliberal news outlets such as Bloomberg, the Wall Street Journal, the Financial Times, among others have expressed dire concern about the cash crunch hitting the economy like a bolt from the blue, sucking out 86 per cent cash liquidity from the system.

The demonetisation of Rs 1,000 and Rs 500 notes has resulted in a cash chaos and shortage that has hurtled the informal sector into a tailspin of loss, impacted the retail and secondary sector immensely.

Tourism is at a major low, economic growth targets for 2020 are being revised, the agricultural sector has been thrown out of gear, daily wagers have no money because no one has cash to pay them, and, the salaried classes are not even able to access their own money in cash without queuing up at ATMs that never seem to function properly, or have cash for everyone.

To add insult to injury, it has been reported today by Reuters India that the global credit ratings agency, Moody’s, has refused to oblige the Indian government, despite pleas from the latter, by improving India’s credit outlook. According to a scathing report by Reuters, which has been published across media platforms in the country, “the US-based agency declined to budge citing concerns over the country’s debt levels and fragile banks”.

This, while the demonetisation drive has been unleashed on unsuspecting Indian citizens as a method to impose cash-less-ness, and shore up deposits in banks that had been crumbling under a crushing weight of bad loans and non-performing assets, thanks to reckless corporate lending, is doubly humiliating. Salaried classes are not even able to access their own money in cash without queuing up at ATMs that never seem to function properly. (AP photo)

The report goes on to say: “Previously unpublished correspondence between India’s finance ministry and Moody’s shows New Delhi failed to assuage the ratings agency’s concerns about the cost of its debt burden and a banking sector weighed down by $136 billion in bad loans.”

The report further states: “Moody’s said India’s debt situation was not as rosy as the government maintained and its banks were a cause for concern… Moody’s and one of its lead sovereign analysts, Marie Diron, declined to comment on the correspondence, saying ratings deliberations were confidential. India’s finance ministry did not respond to requests for comment.”

It is pretty evident that the government has been fudging figures to paint a rosier picture of the fiscal situation, as underscored by economists and journalists previously. However, the timing of the report is a double smack on the face of an already red-faced government, the ministry of finance and the Reserve Bank of India, which are coming up with a new rule every other day, to patch up the ill-conceived and monumentally ill-executed demonetisation disaster.

And despite Moody’s’ concerns over bad loans, reports suggest that 1 billion US dollars have been loaned to Adani Group from SBI, despite the demonetisation drive crippling half of India’s bustling informal and formal economic sectors. Loan write-offs and waivers have made headlines, while squeezing of funds from public welfare sectors such as MGNREGA, Food Security, mid-day meal, education, etc., has made civil society and observers outrage over the hypocrisy.

But that’s not all. While economists such as Kenneth Rogoff, otherwise one of the chief proponents of cashlessness, as well as Larry Summers, neoliberalist par excellence, have puzzled over the need for the extreme haste shown by the government in executing the decision, as well as the absolute lack of preparedness to tackle the consequences, resulting in deaths of at least 104 persons at ATM queues so far, the CEO of Forbes magazine, one of the most prestigious economic analysis platform that is there, has literally savaged PM Modi’s demonetisation drive. 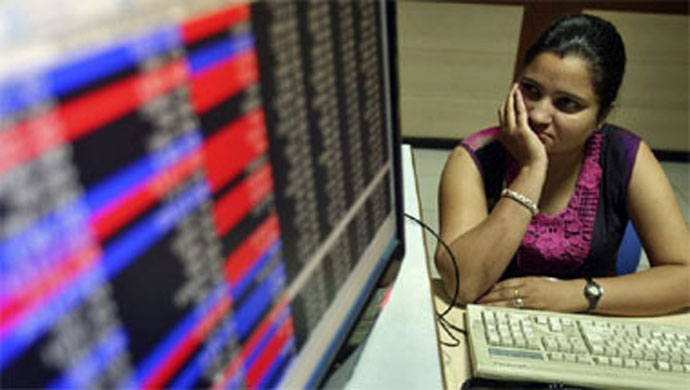 Moody’s said India’s debt situation was not as rosy as the government maintained and its banks were a cause for concern.

Steve Forbes, in a no-holds-barred column, has said: “What India has done to its money is sickening and immoral.” Well that’s just the title of the column.

Forbes has written, and it must be quoted: “India's government perpetrated an unprecedented act that is not only damaging its economy and threatening destitution to countless millions of its already poor citizens but also breathtaking in its immorality.”

Further: “Not since India's short-lived forced-sterilization program in the 1970s - this bout of Nazi-like eugenics was instituted to deal with the country's 'overpopulation' - has the government engaged in something so immoral. It claims the move will fight corruption and tax evasion by allegedly flushing out illegal cash, crippling criminal enterprises and terrorists and force-marching India into a digitized credit system.”

“India is the most extreme and destructive example of the anti-cash fad currently sweeping governments and the economics profession. Countries are moving to ban high-denomination bills, citing the rationales trotted out by New Delhi. But there's no misunderstanding what this is truly about: attacking your privacy and inflicting more government control over your life.”

“What India has done is commit a massive theft of people's property without even the pretense of due process - a shocking move for a democratically elected government.”

Steve Forbes has not held back. He has said that by “further impoverishing the least fortunate among its population and undermining social trust, thereby poisoning politics and hurting future investment, India has immorally and unnecessarily harmed its people, while setting a dreadful example for the rest of the world”.

In other words, Forbes is saying that India has just demonstrated how it feels to commit a financial genocide with élan, turning the entire country into a laboratory of extremely unethical fiscal eugenics experiments, turning citizens to guinea pigs of monetary mayhem.

However, the cheerleaders of the prime minister are busy positing this as a global conspiracy against India, a concerted attempt to write off a move that is morally superior because ostensibly it would purge the country of wrongdoers such as black money hoarders and terrorists using counterfeit notes. Those claims have been razed to dust already.

But what is terrifying is the meekness expected of citizens en masse at present. Any Indian echoing Forbes, and there are many, would be branded as an anti-national.

Also read: The truth, at last, about demonetisation is out