5 political events that caused disruption in India in 2016

The year that was.

On January 2, a heavily armed group of suspected Jaish-e-Mohammad (JeM) militants stormed the Pathankot air base, triggering a two-day gunbattle that left seven security men and six militants dead. Even as some agencies differ on the number of casualties, the attack was seen as an attempt to further derail the fragile peace process between India and Pakistan, a country which has long been accused of backing Islamist militant attacks.

Hostilities between the two countries suddenly reached a jarring high, with accusations and counter-accusations flowing freely. While the Indian side of the border witnessed increased infiltration bids by Pakistan-sponsored terrorists and repeated attacks on security installations, another terror attack in Uri (September 18) saw India retaliating with surgical strikes on terror launch pads across the Line of Control – a move that garnered much appreciation for the Narendra Modi-led BJP government, but not strong enough a signal to deter a similar attack in J&K’s Nagrota army base on November 29.

With bilateral talks taking a nose-dive, the year 2016 easily qualifies to be one of the worst years for Indo-Pak relations.

The year witnessed a significant increase in the number of student protests across the country.

The most high-profile of these included the protests in Hyderabad Central University (HCU) and Jawaharlal Nehru University (JNU). Protests broke out on January 18 over the suicide of Dalit scholar, Rohith Vemula, at the HCU. Rohith hanged himself following his suspension from HCU over a political dispute (he was suspended allegedly at the behest of BJP MP and Union minister of labour, Bandaru Dattatreya). Rohith’s deeply moving letter, which he wrote before committing suicide, exposed the caste biases and systemic discrimination against Dalit students in educational institutes, sparking protests across the country. 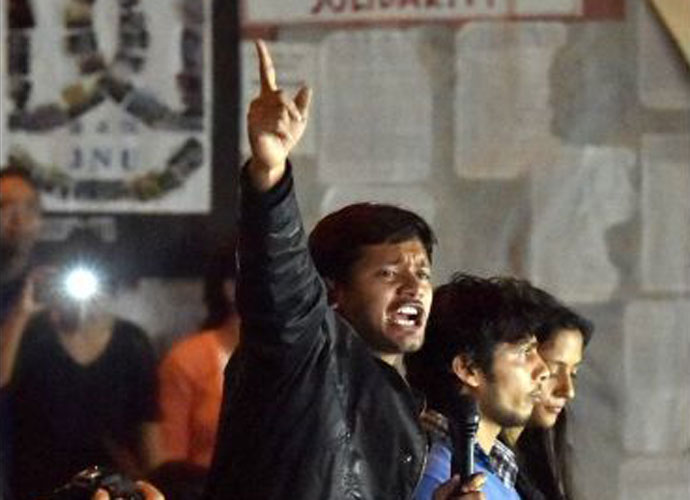 The year witnessed a significant increase in the number of student protests across the country. [Photo: PTI]

While Kanhaiya captured the imagination of the nation with his "azadi" slogans, widespread protests across the country saw students raking up both issues (Rohith and Kanhaiya) together in the demonstrations, which were clearly a reflection of the fact that student activism was making a comeback in India.

A new government in Assam, and “several” in Arunachal Pradesh. While the BJP made inroads into the Northeast with a thumping victory for the first time in the Assam Assembly elections, a relatively obscure Arunachal Pradesh saw frequent changes in the government following a tug-of-war between the ruling Congress in the state and its rebels backed by the BJP, which rules the Centre.

The continued disruptions in Arunachal Pradesh, including former CM Kalikho Pul’s suicide a month after he was replaced by Pema Khandu, signaled a major political shift in the region. Even Khandu has now been suspended by his party, throwing the state in further uncertainty.

The year 2016 witnessed the longest-ever unrest in Kashmir valley after the killing of Hizbul commander Burhan Wani on July 8.

As the Valley plunged into violence, over 90 people were killed and more than 15,000, including children, were wounded (mostly victims of pallet guns used by security forces) during the unrest. While the situation spiralled out of control, the government imposed curfew in all districts of Kashmir and completely snapped Internet and cellular communication. For the first time since 1990, an unprecedented crackdown on the media was being seen with printing presses raided and their staff reportedly detained. 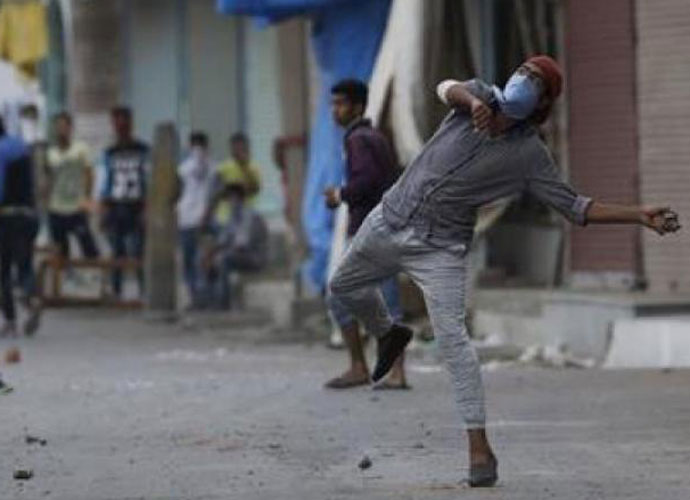 The year witnessed the longest-ever unrest in Kashmir valley after the killing of Hizbul commander Burhan Wani. [Photo: PTI]

The separatist movement gained relevance following the unrest, while the anger on the streets clearly reflected the discontentment against the PDP, which joined hands with the BJP to rule the state. The government, which is led by the first woman chief minister of J&K, Mehbooba Mufti, earlier had to grapple with the NIT unrest over the local versus outsider issue playing out on the campus.

The unrest in the Valley bolstered Pakistan's stance that Indian control over Kashmir is nothing but gross violation of human rights. It threatened to expose the country in the world over the “abysmal rights situation” in other parts if India continued to talk interfere in Pakistan’s “internal affairs”, especially Balochistan.

The biggest of all disruptions that hit the people hardest in 2016 was Prime Minister Modi’s November 8 announcement to demonetise Rs 1,000 and Rs 500 notes.

While the announcement claimed that the move was a war against the menace of corruption, black money and terrorism, the common man not just struggled to access their own money but also to keep pace with the litany of rules (and the frequently introduced changes in those guidelines) that followed. The government’s push for a cashless economy has come at the cost of people who were forced to embrace the “bold reforms” despite the government’s lack of preparation and poor implementation of the scheme.

Other important events that made headlines include former Tamil Nadu chief minister J Jayalalithaa’s death, economic blockade and violence in Manipur, face-off between the government and the judiciary in Uttarakhand, Nabha jailbreak, controversy that followed the exit of former RBI governor Raghuram Rajan, and a bitter fight within the Samajwadi Party causing expulsion of chief minister Akhilesh Yadav on December 30.

Also read: Neither Modi nor his government likes journalists to ask questions