There is little doubt whose verdict the PM's wants to know, considering only 41 per cent of Indians are legitimate smartphone users.

Two weeks into his ambitious demonetisation drive, Prime Minister Narendra Modi has launched a survey on his personalised app to go with his masterstroke, or massive tragedy, depending on whether you ask Paytm-empowered, and hence online India or offline Bharat chasing serpentine queues. 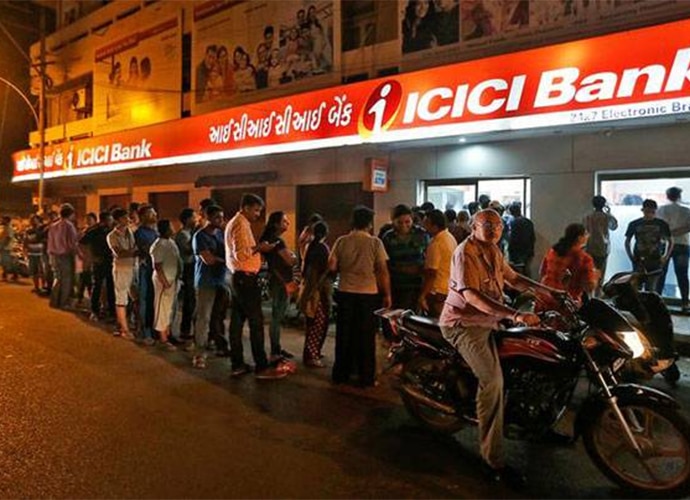 There is little doubt whose verdict the PM's wants to know, considering only 41 per cent of Indians are legitimate smartphone users. [Photo: Indiatoday.in]

The massive amount of pushback Modi has received on this decision may have sent him and his stooges on an introspection mode (ideally), and the result of that comes in the form of a survey on his app that is available for free on Android, iOS and Windows phones. Thus on November 22, Modi tweeted, “I want your first-hand view on the decision taken regarding currency notes. Take part in the survey on the NM App.”

I want your first-hand view on the decision taken regarding currency notes. Take part in the survey on the NM App. https://t.co/TYuxNNJfIf pic.twitter.com/mWv2frGn3R

There is little doubt whose verdict the PM's wants to know, considering only 41 per cent of Indians are legitimate smartphone users. According to a 2015 survey, only nine per cent of rural India has access to mobile technology (a sector badly affected by the demonetisation drive). Add that to the fact, the questions in the survey are rather skewed in favour of the drive itself, and voila: you have an instant feedback of positive results guaranteed.

Curiously, this made-for-digital-India survey, floated to gauge the common Indian's response to a critically important, economic "surgical strike" on black money ends up being as objective as an internet troll.

Futile to expect accurate feedback/advice on #DeMonetisation via an app. Less than 18% of Indians use smartphones & even fewer use NM App

How many smartphone users in India with NaMo app? Especially in rural India. Just asking so as to understand Modiji's app reach out today.

PM Modi wants a Survey on his app in a country where 40 crore people illiterates,20 crore people work in unorganised sectors,60 have died

Sample this: in 10 questions, the survey asks Indians whether they indeed think black money exists in their country after having launched countrywide, unprecedented drive to curb corruption, and leaves the respondents of the survey no option to tell their PM that they don't support the drive.

How to design a survey when you don't want people to disagree with you. Leave out a "disagree" option. #BMKJ pic.twitter.com/9PjFDZVf5d

If you are in my marketing research class and design such a survey I will fail you pic.twitter.com/7MQq01qczD

Saw Modi ji's Survey and his attempts at manufacturing support. If Goebbels would be alive today, he would have wept tears of pride and joy

I'm surprised that survey doesn't have "have you stopped beating your wife? Yes/No" as one of the questions

The point of this survey, if all these things are taken into account, may be moot. This Machiavellian feedback form after all, only lets you say what it wants to hear.