The Greatest Game-Changer: Why demonetisation was actually one of the best things to happen to India under PM Modi

Prime Minister Narendra Modi on November 8, 2016, launched a massive assault on the ‘shadow economy’, aka ‘black economy’, via demonetisation of old Rs 500 and Rs 1,000 notes — which was a one of its kind move, for its sheer size, scale and timing, as 86% of the currency which was high value in denomination was retired and declared illegal tender. 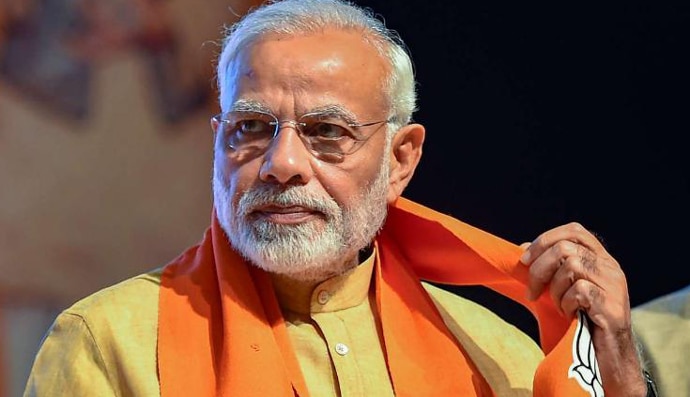 It took great courage but demonetisation, which has benefitted India, was driven through by one man's vision. (Source: PTI)

From 53% in 2004, to 28% in 2009 and then 13% in 2013 under a rudderless Congress, the share of small denomination notes fell consistently, which was always a matter of grave concern. Demonetisation undid this unhealthy trend, and between April 2017 and December 2017, low value denomination currency notes rose to 48% of overall currency — this in itself is a big justification for supporting demonetisation, both in theory and practice.

Even without the note ban, the Modi government unearthed more than a whopping Rs 1.81 lakh crore by way of unaccounted wealth in the last four and a half years — of which more than Rs 66,000 crore was money declared under the IDS (Income Disclosure Scheme), Rs 53,000 crore was the amount evaded via indirect taxes and Rs 62,000 crore was undisclosed income, including money laundered into some foreign banks that are now under under scrutiny of the Income Tax department. 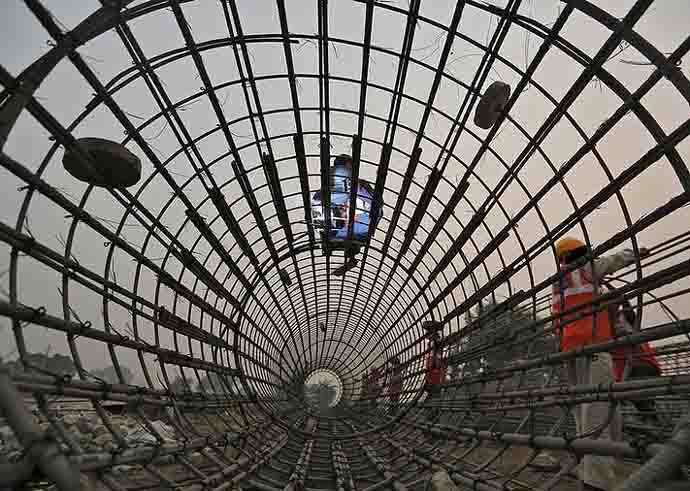 Picking Up Pace: The formalisation of the economy due to the note ban led to a boost in growth. (Source: Reuters)

Demonetisation has proven to be the cleanest and one of the most efficient and prudent ways of pump priming and formalising the economy — without the associated evil of adding to undue headline inflationary pressures, which is evident from the fact that retail inflation in financial year 2017-18 and 2018-19 stood at 3.6% and 3.4% respectively, from an average of 4.5% in 2016-17.

Modi naysayers claim that demonetisation was a failure because 99.3% of the notes that were declared illegal tender came back into the banking system. So what if the 99.3% of the Rs 15.4 lakh crore that was demonetised is back with the banks? Not all of that 99.3% is white!

Also, a large part of the money that is back with the banks was unaccounted for — this is evident from the fact that almost 18 lakh bank accounts are under the scanner of the Enforcement Directorate (ED), as money deposited is not in sync with the tax profiles concerned. Hence, critics of demonetisation seem to have completely missed the plot here — for instance, individuals and entities who deposited more than two lakh crore rupees in cash during demonetisation had never ever filed income tax returns, Finance Ministry data revealed. 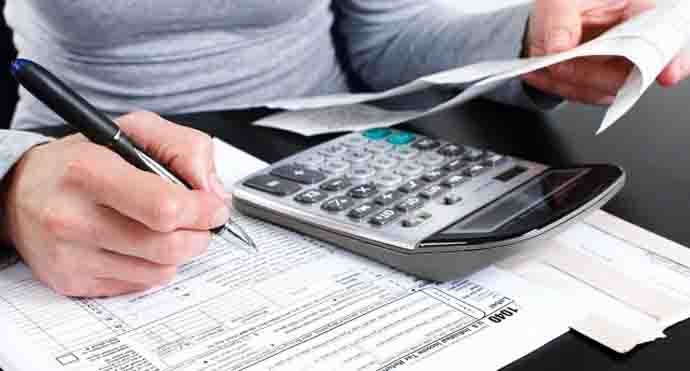 No More Slippages: Demonetisation has led to much higher tax compliance. (Source: Reuters)

The biggest success of demonetisation, therefore, is the fact that anywhere between two lakh crore rupees and Rs 5.4 lakh crore of money that was outside the ambit of the tax net and largely unaccounted for is now a part of the formal banking system. In other words, gross domestic product (GDP) between roughly 0.88% to 2.39% that was outside the formal banking channels is now very much a part of the formal taxation process.

Also, while short-term benefits of note recall have been sweeping and significant, equally, the tectonic long-term impact in bringing the informal economy into the formal fold cannot be underestimated.

Assuming the informal economy at roughly 20% of GDP, and assuming the formal sector is taxed at an average rate ranging between 15% and 20%, with demonetisation, once the informal and formal merge completely, the boost to GDP on this count alone could be between three and four per cent. In fact, that is precisely what has happened between 2016 and 2018 — greater formalisation has led to more jobs and more consumption-driven growth.

It is no coincidence that post-note recall, low-cost Current Account and Savings Account deposits (CASA) with banks went up by almost three to four per cent, thereby bringing down the overall cost and improving the cost to income ratio of many banks, particularly those in the public sector. This in turn manifested itself in lower lending rates on home loans and personal loans. For instance, the average fall in home loan rates under the Modi dispensation has been well over 200 basis points (bps), from a range of 10.65-11% in 2013-14 to just about 8.35-8.7% in 2017-18 — a large chunk of that fall happened-post demonetisation.

Again, going back in time, between November 2016 and March 2017, deposits with the banks went up by over Rs 3.5 lakh crore, aiding overall margins of banks. Deposits in Pradhan Mantri Jan Dhan Yojana accounts alone rose to more than Rs 80, 000 crore in April 2018. Besides Jan Dhan accounts, what critics conveniently forget is that Rs 80,000 crore of money was repaid in cash for loans taken earlier — Rs 10,700 crore cash came into bank accounts in north-eastern states, and another Rs 16,000 crore came into regional rural banks — all thanks to demonetisation.

A big beneficiary of the entire note-ban exercise was the average middle class and salaried Indian, given that lending rates (MCLR) by key banks were slashed by almost 50-100 basis points, within less than a year from the date demonetisation was effected, from 9.15% to about 8%, in many cases. This led to a fall in home loan rates. As a rule of thumb, funds-based lending rate (MCLR) for most banks came down from 9.15% to eight per cent. Property prices that were artificially kept elevated by nefarious builders fell by 30%-40% post-demonetisaton and rightfully so, given that 919 million square feet of unsold inventory existed in just the four metros of Delhi-NCR, Mumbai, Bangalore Hyderabad, in 2016-17.

The more underrated and yet significant positive aspect of demonetisation, however, is the perceptible shift from physical to financial savings, with assets touching a new high of Rs 20 lakh crore by July 2017.

By November 2018, the Assets Under Management (AUM) touched a commendable Rs 24 lakh crore for the Indian mutual fund industry — before demonetisation, the overall inflow via SIPs stood at Rs 43, 900 crore in 2016-17, translating into average monthly inflows of Rs 3, 658 crore, whereas post-demonetisation, SIPs saw inflows of  Rs 67,000 crore in 2017-18, translating into a monthly average inflow of Rs 5,583 crore.

About 1.6 crore new investor folios in 2017-18, 67 lakh folios in 2016-17 and 59 lakh folios that were added in 2015-16 to the mutual fund industry largely from tier-II towns and small investors speak volumes about how financialisation of physical savings post-demonetisation has transformed the investment landscape in India.

Also, the fact that more than 3 lakh shell companies had their bank accounts frozen, and their names struck off from the Registrar of Companies list, including blacklisting of more than 3 lakh bogus directors, is a glowing testimony to the clampdown on black money and illicit funding that demonetisation dealt a body-blow to.

Demonetisation’s positive results started showing by way of an increase in direct tax collections too.

Two years prior to demonetisation, direct tax collections increased 6.6% and 9% respectively. In the next two years, post-demonetisation, the increase in direct tax revenues was over 14%. Similarly, in the year 2017-18, the tax returns filed reached Rs 6.86 crore, an increase of 25% over the previous year. The new filers added in 2018 were 86.35 lakh. To cut to the chase, from 3.8 crore tax filers under the erstwhile Congress-led United Progressive Alliance (UPA-2) regime in 2013-14, to 6.86 crore tax filers in 2017-18, under the Narendra Modi-led BJP dispensation — a resounding 80.53% jump in the tax base is arguably one of the biggest successes of demonetisation, which made it unfashionable to hide wads of notes in pillow cases, dingy lofts and under mattresses.

Demonetisation also had a tremendous impact on the digital economy — transactions at point-of-sale (PoS) terminals at merchant locations surged to 328 million from less than 109 million by way of volume between November 2016 and May 2017. Again, demonetisation led to a massive scale-up in digital infrastructure, with one million additional PoS terminals being added within just three months of note recall, thereby taking their total number to more than 2.52 million. Also, prepaid payment instructions (PPIs), including mobile wallets, registered a whopping 375% jump at 342 million in March 2017 — from 72 million pre-demonetisation. By far, demonetisation has been the most revolutionary and disruptive game-changer move in India’s post-independent history — all thanks to the vision of one man who chose to defy stereotypes, to tread a path that none would have dared to. And that man is none other than Prime Minister Narendra Modi, who, with his note recall move, carved out a corruption-free new normal for India's 1.3-billion strong population — so that we leave a better tomorrow for our children and grandchildren.

#Black Money, #Narendra Modi, #Note-Ban, #Demonetisation
The views and opinions expressed in this article are those of the authors and do not necessarily reflect the official policy or position of DailyO.in or the India Today Group. The writers are solely responsible for any claims arising out of the contents of this article.