Why Hillary lost to Trump

The likes of the new American president create a politics of desire, of revenge out of the people you hate most.

Watching the victory of Donald Trump and the sense of confusion that followed, the sheer hollowness of a liberal class surprised that it was no longer at the centre of the world, I thought nostalgically of an old teacher, the political scientist Rajni Kothari.

Kothari established at Centre for the Study of Developing Societies (CSDS) after discussions with Robert Dahl and Myron Wiener.

It became one of the great psephology centres, an institute where elections and politics came alive through the acuteness of everyday commentaries on them.

Kothari, along with his colleagues Bashiruddin Ahmed, Ashis Nandy, DL Seth and Ramashray Roy, provided a chorus of interpretations which made politics alive, fascinating and muscular, a panchayat of debate that was wonderful to watch and listen to.

Kothari, for all his investment in psephology, would warn that psephology was a limited world which lacked the complexity of politics.

He emphasised that unlike in science, prediction was not an index of understanding or explanation.

One needed a thick description of politics, a scholarship that combined the nuances of an anatomy, a physiology and a psychology of politics.

I remember he discussed an old colleague saying that he understood politics in microcosms, with an ethnography that grasped the real world. 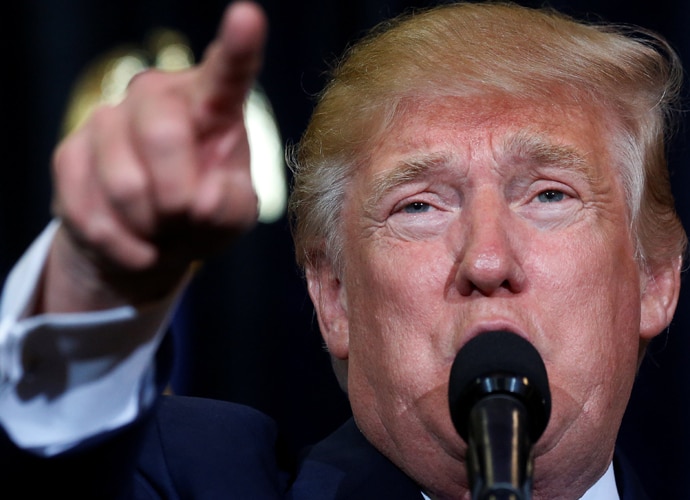 The latter never used technical worlds but everyday language which provided leads to everyday life. He did not judge or condemn but merely sought to explain.

No form of politics was seen as alien. I remembered these moments in recent times when psephology failed to grasp the trends of the global world, whether it is Brexit, the rise of Modi or the emergence of Trump.

The psephologist muffed all three not because his techniques were wrong but that his sense of politics, his worldview was little in sync with this world.

Psephology presents itself in mathematical terms but often ignores the fact that people often create simpler pictures of the world.

The hard hat politician like the hard hat voter has a simplified picture of a complex world.

The expert's variables do not quite capture this simplified world. Simplified pictures do not fit an expert's world and yet they make sense to the helpless voter.

The likes of Trump create a politics of empowerment where the voter feels he can affect politics.

This sense of a graspable politics is what makes Trump such a potent figure.

His is world of clichés and quotes, but these become powerful mnemonics in an expert world where technocrats tend to run away with politics.

While Hillary Clinton sticks to an intellectual's idea of political theory and the correctness of gender and liberalism, Trump is an obscene and obvious and as potent as an obscene joke.

He provides each man a dart board of his favourite victims. He creates a politics of desire, of revenge out of the people you hate most.

It is not the remoteness of politics that makes sense but politics as it is understood in a bar, a church or a pool table.

The metaphors are equally down to earth. The power of Trump lay in his ability to realise that people harassed by helplessness and complexity of a global world often operate with simplified models of politics.

The power, the real magic of Trump, lies in making these little worlds become real and alive. The alienated worker now feels a part of the real politics of America once again.

It is a symbolic empowerment which goes beyond voter rights or representation.

Such a world, as Kothari used to say, eliminates the middleman both from politics and its interpretations.

Hillary speaks more the language of World Bank, development and liberalism. It is a policy world. Trump speaks the quick reactive language of a Punch and Judy show.

She is remote while Trump is simplified and possesses impact of a slapstick show.

For this, one does not need area expertise but common sense and a folk wisdom, a feeling that common man and the politician are wired by the same language and mental makeup.

Such an insight goes beyond maths. It is the return of common sense to the democratic imagination. The middleman and the expert retreat in silence.

Politics is now not alien but looks more accessible and citizen-friendly.

One senses an even more profound fact that politics of the establishment had become alien and inscrutable and what the voter was searching for was a voter-friendly politics.

Trump made electoral democracy more meaningful by providing this simplified, accessible, empowering picture of the world.

His brilliance lay in understanding that someone new might be more welcome than someone whose political correctness is remote.

Trump won because he understood politics in a way few psephologists could. This was his final Trump card.

Hillary had no answer to his simplistic world. She was the high priestess of politics outwitted by a clown, a jester and a trickster.

It is this that she and other liberals will find hard to digest over the coming decade.

Watching Trump's triumph, Kothari might have wryly commented, "In politics but not in psephology or policy, ignorance is bliss."

He might have added, "The sadness was that in an expert Clinton crowd, few had the wisdom to understand it."

Post your comment
#US Presidential Elections, #Hillary Clinton, #Donald Trump
The views and opinions expressed in this article are those of the authors and do not necessarily reflect the official policy or position of DailyO.in or the India Today Group. The writers are solely responsible for any claims arising out of the contents of this article.