Trump or Hillary, American politics will never be the same again

The Republican candidate's rise has to do with the systematic weakening of liberal hold on American imagination.

According to Christian belief, there is an afterlife. But first you have to die. That is roughly what Donald J Trump, Republican presidential nominee, tells his audiences.

"The system is rigged. It works against you. You are the fall guy, victim of big finance, international trade, unchecked immigration, violent crime... you name it. I can fix it."

But first you have to vote for him. Just as most people wouldn’t kill themselves to test the afterlife proposition, not many American are buying into Trump’s airy-fairy promises.

In the waning hours of the most bizarre presidential campaign in US political history, Latino and African American voters are rallying to vote against him; it’s pretty much the same for women. These are the major groups the Republican candidate has insulted with racist and misogynist remarks on the campaign trail.

One of the main reasons Trump was able to come so far also has to do with the systematic weakening of the liberal hold on the American imagination. It began in the 1960s, when Senator Barry Goldwater first hoisted the conservative standard, embracing a hawkish foreign policy and challenging the liberal agenda of social welfare and civil rights.

The Goldwater 1964 campaign was met with an aggressive response by the Democratic Party, the mainstay being a commercial that preyed on growing American paranoia about nuclear Armageddon and effectively destroyed the Goldwater candidacy.

In the following 1968 presidential election, Richard Nixon became only the second Republican elected to the Presidency since 1932; the first was Dwight D Eisenhower in 1952. Eisenhower, the war hero, won the Republican nomination as a moderate, vanquishing Ohio Senator Robert Taft, who was supported by the party’s conservative wing.

During his six years in office, Nixon did not do much to further the conservative cause, first getting embroiled in the divisive Vietnam War, and later, in the Watergate scandal.

It wasn’t until 1980 that the conservative agenda was revived by Ronald Reagan and persisted through the decade. The single-term presidency of George H W Bush got caught up in the war for the liberation of Kuwait that had been invaded by Iraq’s Saddam Hussein. It paved the way for Bill Clinton, whose two terms were marred by impeachment proceedings in Congress, having to do with an alleged dalliance with an intern, Monica Lewinsky.

The two terms that George W Bush served in office were eight years of intense ideological polarisation, which saw the rise of an extreme neoconservative movement, the religious Right and the populist Tea Party.

The liberal agenda receded on the domestic front, while on the international front, a militant, shock-and-awe nationalism in response to the attacks of 9/11 dragged the US into messy wars in Iraq and Afghanistan.

During the two terms of Barack Obama, though there were important initiatives, both globally and at home, the liberal agenda continued to flounder under the onslaught of uncompromising Republican partisanship. An immensely popular president, Obama could not get his nominee to the Supreme Court to be heard, leave alone confirmed, by Congress.

As such, the solid liberal base got eroded in the Democratic Party, leading to the emergence of Bernie Sanders as a major challenger for the party nomination in 2016. 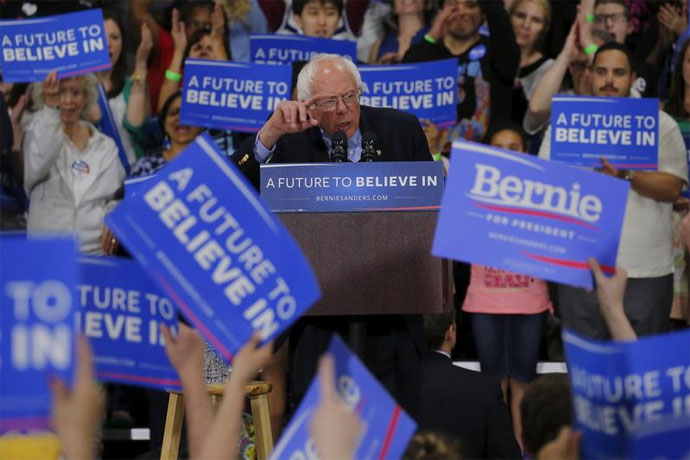 With an avowedly socialist agenda, Sanders divided the party into true believers (his adoring faction) and workaday supporters of Hillary Clinton.

By the time Clinton sealed the nomination, doubts had arisen that the loyalty of Sanders’ supporters may not be necessarily transferred to Clinton. This left a gaping hole in her campaign.

On the Republican side, the Bush inheritance saw the party fall into the clutches of extremists, replacing mainstream conservative themes of fiscal rectitude and globalisation with dubious themes of bigotry and isolationism.

Trump fell upon the riven party and launched a campaign that plumbed the depths of abuse and violence. Yet, miraculously, he convinced voters he was capable of winning.

When Trump is finally defeated, Republicans will be staring at a massive overhaul of the party’s organisation and reputation. What happens to country-club suburban membership that is typical of the party and to the "lock her up" less educated, poor and blue-collar whites that have emerged, egged on by Trump’s reckless exhortations?

What will be the new mainstream? Is the party doomed to fall into the hands of bigots and nativists?

On the Democratic side, will Hillary’s win bring the Sanders radicals to her side? Or will she have to contend with incessant sniping from the left of the party spectrum? Will Hillary Clinton’s win bring the Sanders radicals to her side? (Photo: Reuters)

If she wins handsomely, she may have some breathing room before the ideological sniping begin. The question is whether the new normal will be considerably left of center under the influence of Sanders.

Either way, there is no doubt that American politics has been shaken up like never before and it will take time for new majorities to be established in both parties.

Is there a lesson for India in the US political maelstrom? Actually, there are striking similarities.

Modi captured the BJP at the Goa conclave in May 2013, leaving the old guard agape and soon after, installed his comrade-in-arms Amit Shah as BJP chief.

Just as they did in Gujarat, they sidelined just about every power center in the saffron party. In the process of elevating themselves to such rarefied heights, they appear to have lost touch with political reality and appear to be lurching around to find solid ground while using the sovereign power of government to stifle dissent and opposition.

On the opposite end, just as there is Hillary Clinton in the US, there is in India as well a member of a famous family that’s been around since the freedom struggle.

The Modi-Shah duo played a huge role in discrediting the Gandhis but now must face a sustained challenge from them. This is largely because Modi’s personality cult helped win a parliamentary majority but is clearly of no use in running a government.

Their panic is palpable, their actions condemnable and their prospects dim.

In the US, the equivalent of Modi appears set to lose. Meanwhile, Hillary Clinton could become not just the first woman president but the first wife to follow her husband to the White House.

Also read: American embrace of Trump made me realise how wrong I was about Modi

#Narendra Modi, #US presidential elections 2016, #Donald Trump
The views and opinions expressed in this article are those of the authors and do not necessarily reflect the official policy or position of DailyO.in or the India Today Group. The writers are solely responsible for any claims arising out of the contents of this article.