Why not the Trump card? US offer to mediate on Kashmir may be what Pakistan and India need

The possible advantages are many, including Pakistan dismantling its militancy infrastructure for Kashmir and reining in hatred taught against India.

Pakistani Prime Minister Imran Khan's meeting with the United States' President Donald Trump on Monday sent shock waves around the world, including in India, owing to Trump's 'revelation' on Kashmir.

The American President claimed that the Indian Prime Minister Narendra Modi had asked him to be a mediator between Pakistan and India over the dispute in Kashmir.

India was swift in denying that such a conversation ever happened — and knowing Trump's past record of making tall claims that don't hold true, it's quite possible that Trump misrepresented or made up the conversation. Will he? Won't he? Donald Trump's recent statement on Kashmir has many guessing. (Photo: Reuters)

But even if Modi did not ask this of Trump, the fact that the US is willing to offer mediation on the issue of Kashmir is exactly what Pakistan wants — the internationalisation of the Kashmir issue into a territorial dispute between the two neighbouring countries and covering up the terrorism aspect of it which it is itself involved in. However, India considers Kashmir an internal and bilateral issue and has repeatedly said any talks on Kashmir will have to first start with talks on terrorism emanating from Pakistani soil.

Islamabad has repeatedly denied any role in fomenting terrorism in Indian Kashmir — but it is quite telling that it recently arrested Hafiz Saeed, the chief of Lashkar-e-Taiba (the organisation now renamed Jamaat-ud-Dawa) and his companions for terror-financing. Saeed is also accused of masterminding the Mumbai attacks of 2008 that left more than 160 people dead, and ever since, he has evaded justice in Pakistan, with the courts citing lack of evidence as a reason to not take action against him.

Right after the recent arrest of Saeed, President Trump sent out a tweet, claiming that it had been done under pressure from the US. But Saeed has been arrested and freed many times before — and this time too, it may not be any different. And there is the issue of other terrorists that operate from Pakistani soil focusing on Kashmir and India, including Maulana Masood Azhar, who runs the banned outfit called Jaish-e-Mohammed. The Pakistani government recently announced a crackdown against the group too, but reports from the ground suggest that most of this crackdown is cosmetic since Pakistan continues to produce militants like Saeed, Azhar and others, and it has not done much against the infrastructure and the ideology that produces such extremists. In custody. But for how long? And how seriously? (Photo: IANS)

Does Pakistan really even want a solution to the Kashmir dispute?

Following the offer by Trump, Khan also tweeted that the Kashmir conflict has held the subcontinent hostage for 70 years, indicating once again that it wants a solution.

But the reality is a lot more complex than that. From the look of it, the Pakistani military wants to continue playing a double-game with India too, as it has been playing in Afghanistan for decades now.

3. Surprised by reaction of India to Pres Trump's offer of mediation to bring Pak & India to dialogue table for resolving Kashmir conflict which has held subcontinent hostage for 70 yrs. Generations of Kashmiris have suffered & are suffering daily and need conflict resolution.

On the one hand, Islamabad has repeatedly said that it seeks a peaceful solution and on the other hand, it secretly continues to sponsor militancy in the region — and resultantly — a low-intensity conflict in the region keeps playing out. This helps Pakistan, or more importantly, its military, in two ways: Firstly, because of this simmering and never-ending conflict, India continues to threaten Pakistan as it accuses the country of supporting militancy in Kashmir. In response, Islamabad continues to allocate and spend a significant part of its budget on its military even though the country cannot afford it.

Secondly, the country's military remains a dominant force, further ensuring that Pakistan continues to operate as a security state where democracy never flourishes and the military continues to wield influence and power when it comes to key foreign and domestic policies — which benefit the army more than the public. 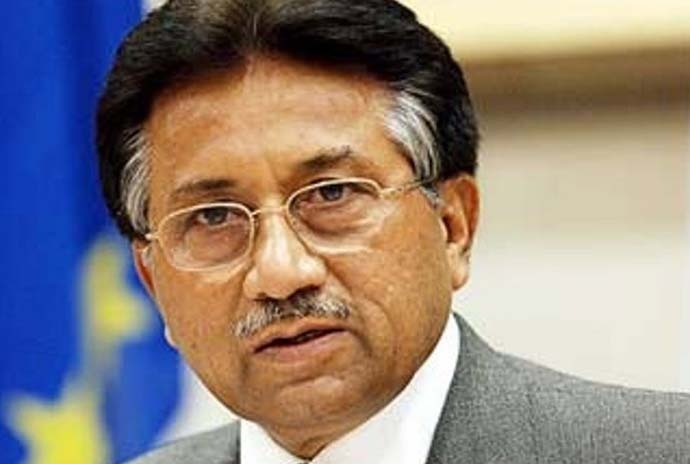 He says he tried: Pervez Musharraf had apparently thought of giving up claims to Kashmir, which sparked his downfall. (Photo: India Today)

But there was a time that Pakistan and India did come close to an agreement on Kashmir in the mid-2000s when Pakistan was being ruled by the military. However, the plan did not see light of the day. Army Chief Pervez Musharraf offered to give up Pakistan's claim on Kashmir but shortly after this offer, Musharraf began to face unprecedented political turmoil at home. Many link this to the army generals reacting against their own chief, as a solution in Kashmir would not bode well for the Pakistani military in the long run.

Musharraf, in later media interviews, did hint of this conspiracy and said he was politically ill-advised and misguided by his own intelligence chief, General Pervez Kayani, who later on took over the military after Musharraf gave up the position in 2007. Soon after, the Mumbai attacks happened in November 2008, which put both countries back at square one, sabotaging any chances of peace between the neighbors until today.

However, if Pakistan is again serious about resolving the Kashmir dispute, it should resume talks in the same manner that Musharraf once offered and actually dismantle the Kashmiri militancy infrastructure that exists in the country. Also, the policymakers should ensure that hatred towards India is no longer taught in schools, or propagated through the local media and by politicians.

Given that Khan is widely believed to be backed by the country's military and on the other side, Modi has come back victorious with a strong mandate, this may be the best time to reach an agreement on Kashmir — but only if that is what both sides really want.

Post your comment
#Narendra Modi, #Kashmir intervention, #Imran Khan, #Donald Trump
The views and opinions expressed in this article are those of the authors and do not necessarily reflect the official policy or position of DailyO.in or the India Today Group. The writers are solely responsible for any claims arising out of the contents of this article.

The writer is a Pakistani journalist and is now living in exile.