Indians have the most to fear in Trump's America

To perpetrators we are all that is wrong with their country: terrorists, ISIS affiliates and immigrants taking away their jobs.

The killing of Srinivas Kuchibhotla in Kansas marked the first casualty caused by hate crime post Donald Trump’s win in November. The killing of Harnish Patel in South Carolina marked the second. A non-fatal shooting where Deep Rai, a Sikh man, was targeted, joined the thousands of incidents of hate crime that have occurred post November.

Many of those incidents have involved Indians as victims. It is clear that even if Indians are not the primary target of Trump’s policies, they are still most at risk in Trump’s America.

I want to clarify, I am not suggesting that all these incidents of hate have been caused by Trump. That would be a fatal misnomer.

Racism has existed in America long before Trump’s ascent to presidency in 2016, and it will continue to exist long after Trump. There is an argument to be made that Trump, because of the rhetoric he used in his campaign, is complicit in the incidents that have occurred in the past few months.

Some would see that allegation as too critical, because, nowhere in his presidency or campaign, did he tell people to commit these horrendous attacks. Trump is, however, undoubtedly the reason there has been a resurgence in the beliefs of bigots, chauvinists, xenophobes and Islamophobes.

These individuals feel validated after Trump’s win and are more likely to commit these horrendous crimes to those they find inferior and as they perceive to be outsiders. 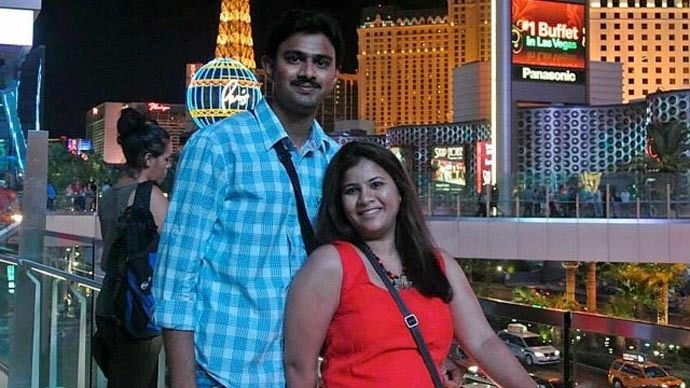 Srinivas, Harnish, Deep and Alok were not the first to be targeted for their skin colour, religion or whatever else the perpetrators had against them, and they won’t be the last. Photo: Reuters

Everyday news of another Indian being attacked or abused comes to light. These attacks leave us asking, "Why Indians? What do Indians have to do with all this?"

Let me answer this for you: Indians were always at most risk. They always had the most to fear with a Trump presidency.

Groups like the Hindu Sena (who celebrated Donald Trump’s birthday and win) and individuals like Shalabh Kumar (who projects himself as the face of India’s Hindus in the Trump administration, yet has been ostensibly quiet about the attacks on Indians) would not like people to know that under Trump and the political climate that he has instigated, Indians will be targeted, and we will continue to see more cases like those witnessed in the past three weeks.

But why? Two simple reasons: Indians fit the description of the "outsider", and because of the sheer number of Indians there are in America.

Growing up in Alabama, I realised that as much pride as I took in my culture of being Indian, to others I was an amalgamation of cultures and regions that shared the same skin colour they had seen on TV shows and on the news.

For many in areas where these hate crimes occurred, Indians are no different than the Iranians they hear about through conservative media outlets or the Saudis that they remember learning about post the 9/11 attack.

For the perpetrators, Indians are all what they believe is wrong with their country: we are the terrorists, the ISIS affiliates, the Muslims, and the people who are taking away their jobs.

When these irked perpetrators see us — with a skin colour different from theirs — they do not ask to see your passport to confirm your nationality or your religion; they simply attack and abuse.

But some might ask why the other immigrants are not being targeted. They are, but you hear more about Indians, because of the significant number of the Indian diaspora in the United States.

According to Devesh Kapur, author of The Other One Percent, Indian-Americans make up almost one percent of the population — around three million. Project Atlas estimates more than 1,70,000 Indian students studying in the United States as of 2016.

Indians in the United States are one the largest ethnic groups and the largest if you look at migration patterns post the turn of the century.

By far, Indians are more perceptible in most parts of the country. While other immigrants tend to stick to metropolitan cities and large clusters, in pursuit of better opportunities, Indians have migrated from large cities to virtually every corner of the United States.

Indians are in large concentration in key metropolitan cities and equally spread out all over the United States.

You can find Indians virtually everywhere: running hotels in bible-belt Mississippi, working in the IT sector in the Bay Area and even leading oil companies in Anchorage, Alaska.

The diaspora has managed to establish itself all over the country, and this sense of pride also turns into a matter of grave concern in the prevailing political climate.

A lot of these incidents, especially the highly violent ones, occur in parts of the United States that some consider as rural and conservative. Both Srinivas and Harnish were killed in the Midwestern and Southern parts of the country.

These areas might have Indians, but nowhere near a substantial number. I am not arguing that racial incidents only occur in conservative places.

Hate crimes occur everywhere, but with limited community for support, and with more conservative Americans residing in the rural areas, racial incidents are more likely in a rural town of South Carolina than on the streets of New York.

Srinivas, Harnish, Deep and Alok were not the first to be targeted for their skin colour, religion or whatever else the perpetrators had against them, and they won’t be the last.

Indians are at risk, and it is essential that we accept this and work towards mitigating that risk.

I recently overheard someone having a conversation about the Republican Hindu Coalition, and the promises that they had made before the elections.

They questioned how Salubh Kumar was sporadic in his defense after endlessly vouching for Trump’s commitment to Indians over the past year.

In Trump’s America, the only Indian 100 per cent safe is probably Mr Kumar, and that too so long as he confirms his political appointment of ambassadorship to India.

For the rest of us, it is integral that the Indian community mobilises public opinion, increases awareness and stands united against these hate crimes against not only fellow Indians, but also others immigrant communities.

#Donald Trump, #Indian-Americans, #Trump, #Hate Crime
The views and opinions expressed in this article are those of the authors and do not necessarily reflect the official policy or position of DailyO.in or the India Today Group. The writers are solely responsible for any claims arising out of the contents of this article.

The author is a student at New York University.