Why America didn't see the unknown vote for Donald Trump

The pundits in the media who were veterans of previous presidential campaigns got it totally wrong.

A pre-US election poll suggested that 72 per cent of the people surveyed had the opinion that the country is on the wrong track. Donald J Trump, who detected that anger among the electorate and tapped it to win the presidency, is on his way to the White House.

It is a historic victory that has stunned the "political class" in this country and globalists around the world.

The recently concluded campaign for the presidency was characterised as one of the most acrimonious in history and vitriolic in tune that has brought disrepute and scorn upon the candidacies of Republican Trump and Democrat Hillary Clinton - one is described as misogynist, xenophobic, sexist and racist and the other as deeply corrupt and untrustworthy.

Obviously, the polls were wrong, and projection models turned out to be flawed. The pundits in the media who were veterans of previous presidential campaigns got it totally wrong as well.

Defying all predictions, American voters swept Republicans to power, handing the GOP the White House, the Senate and the House in a wave very few saw coming. Academia will now spend the coming weeks and months studying just how and why everyone missed it!

What went wrong? According to Peggy Noonan of Wall Street Journal, writing months before the election, "the rise of Donald Trump is directly attributable to 'protected' Americans dismissing the needs of 'unprotected' ones."

Noonan, who was a speechwriter for President Ronald Reagan, defined the protected class as not only wealthy Americans but also financially successful people in the government, media, Hollywood, and Wall Street and the tech sector with strong careers.

They have money, they live in nice neighbourhoods and "they can pretty much do anything and are insulated". "The protected make public policy and the unprotected live in it," Noonan added.

In other words, unprotected Americans with less money, less access to good schools and less opportunity than the "elites" (also dubbed as "establishment"), who mostly live in rural and suburban America, are left to fend for themselves without help from either Democrats or Republicans.

The protected class, the types of think-tanks, career politicians, bureaucrats and lobbyists, continued to make policies that have enormous negative consequences on the lives of the average American, and it appears to have gone on for so long that it reached a boiling point. 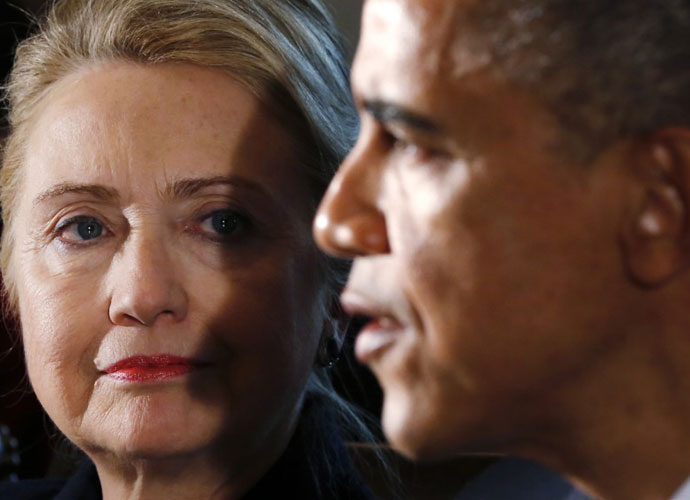 In short, the story is that Trump, the Republican nominee, was able to tap into that feeling of alienation and succeeded.

Undoubtedly, the election of Trump is also viewed as a rebuke to technocratic-driven policies, increasing centralisation of power in Washington and unchecked immigration policies that are heavily favoured by Democrats.

Obamacare became a hot button issue towards the end of the campaign as soaring costs of premium were seized upon as an issue by opponents and used to sway a significant number of voters in Blue States to go Red.

It has been said that in every election, people ultimately vote with their pocket book and there is no wonder then that economy and jobs were trending as top priority issues for the electorate.

Trump was able to hammer home the issue that loss of manufacturing jobs from the Rust Belt States was directly attributable to trade deals like NAFTA, and promised to renegotiate to make it more of "Fair Trade" than "Free Trade".

The failures of the President Barack Obama-Clinton foreign policies loomed large over the discourse of the election debates as well. Trump has questioned the wisdom of spending trillions of dollars in foreign wars where America gained few advantages while wreaking havoc in the regions, especially in the Middle East, and creating millions of refugees fleeing their homes.

A case in point is US support for the Al-Nusrah Front in Syria, an offshoot of the Al-Qaida that is fighting for the overthrow of Syrian dictator Bashar al-Assad. The atrocities committed by ISIS against Christians, Yazidis and other minorities in the region and the threat of terrorism from these Islamic groups at home remained top concerns for many voters across the nation.

People of faith also witnessed increased hostility and scorn from the ruling class in Washington and reacted strongly, with greater mobilisation and participation that certainly cushioned a Trump victory. The vacant seat in the Supreme Court and its future direction also weighed heavily on this conservative segment of the electorate.

The US was the leading proponent of globalisation but UK's recent Brexit decision and Trump's election clearly point to re-thinking on the part of voters in both countries.

An upswing of nationalism based on culture and sovereignty was apparently a hidden component that might have energised the largely white middle class, especially in rural America, to go and vote for change this election cycle.

However, it is unfair to characterise this whole group as a "basket of deplorables" though some elements who support racism and anti-immigrant policies might be part of the entire equation.

Despite the torrent of criticism from all quarters, the US is still considered the lone superpower in the world and a beacon to millions who value democracy, freedom, and justice. However, it is also viewed now as a nation in decline.

With 90 million people out of work and 50 million people on government assistance, debt of $20 trillion, anaemic growth in GDP and no real income growth for the middle class for the last several years, the country was ready for change.

In summary, the election of Trump is mostly about the economy and jobs, and it is also about the "forgotten man" whom the establishment looked down on with disdain.

When someone came along and listened to their voices and connected, a tectonic shift has taken place in America - a Trump presidency!

Also read: Why is America so afraid of women?

Post your comment
#Hillary Clinton, #US Elections 2016, #Donald Trump
The views and opinions expressed in this article are those of the authors and do not necessarily reflect the official policy or position of DailyO.in or the India Today Group. The writers are solely responsible for any claims arising out of the contents of this article.

The writer is former CTO, UN.