It is not without reason that the world looks upon the Indian election system with respect.

The EVM controversy seems to raise its head like a weather cycle. Ever since the introduction of the machines in 1982, their "tamperability" has been highlighted. But not once has anyone been able to prove the allegation despite an open challenge by the Election Commission (EC).

There is hardly any political party which has not questioned the EVMs at some point or the other. Ironically, even after winning with the same machines, they have never apologised for the irresponsible allegations. In the process, public faith in the system gets shaken.

One argument given is that four European nations have withdrawn the machines. The fact that all these countries were using the same machines by a Dutch company is overlooked. These machines deserved to be rejected as they were based on software which was found to be vulnerable.

EVMs, like any machine, can be of different varieties and technologies. Rejection of one somewhere in the world does not mean that all EVMs are unfit. The ECI-EVM is one of a kind. Several countries are now using these machines.

In an electronic machine, where the vote goes is not transparent. The Indian Supreme Court had given a similar judgment as far back as 1982, when it said The Representation of the People Act provides for voting by ballot paper and does not mention the machine. It was a legal point and not technology that led to the EVM being "outlawed" in Germany.

The RP Act was soon amended and the EVMs came back with a bang. Since 1998, as many as 107 Vidhan Sabha and three Lok Sabha elections have been held with these machines with great finesse. It is not without reason that the world looks upon the Indian election system with respect. Hillary Clinton even called it a gold standard. 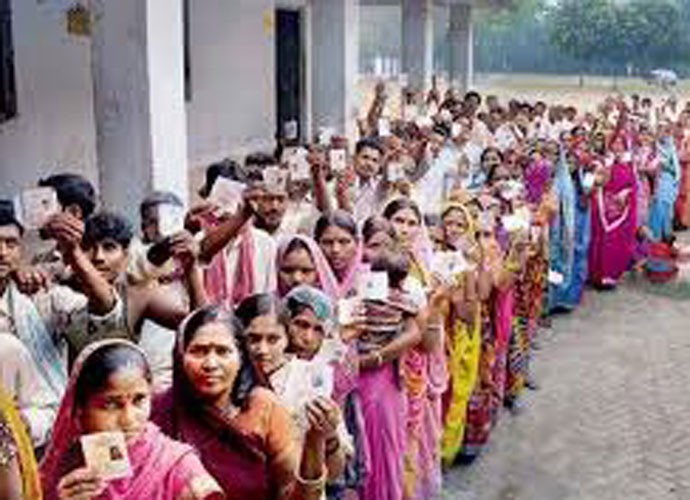 The ECI-EVM is one of a kind. Several countries are now using these machines. Photo: India Today

The current controversy raised a lot of dust which got a fillip with the EC's continued silence instead of an aggressive, proactive response to set the debate at rest. The EC is the most trusted institution in the country. Its voice carries weight. Its continuing public reassurance is what the nation wants to hear. It is good that at last it has come out with a strong and detailed rebuttal that should clinch the issue.

The EC is the custodian of the electoral system and its integrity. It views every innovation with great suspicion, scrutinises it with utmost scepticism and welcomes suggestions to make the system even better. That is the reason that in 2009 it gave an open challenge to anyone who had doubts to come to the EC and demonstrate the vulnerability of the EVMs. No one did.

The issue has gone to the courts repeatedly but has always been decided in favour of the EC.  The latest judicial pronouncement by the Supreme Court (SC 2013, Subramaniam Swamy versus EC) appreciated the initiative of the EC to introduce voter verifiable paper audit trail – VVPAT - in phases and directed the central government to provide adequate funds.

The EC has projected a requirement of Rs 3,174 crore for 15.5 lakh machines if it is to conduct the next general election in 2019 with VVPAT. Since the manufacturing process will take at least 30 months, the government must make the funds available immediately. It is a very small price for the credibility of democracy.

Post your comment
#Assembly elections 2017, #EVMs, #Election Commission
The views and opinions expressed in this article are those of the authors and do not necessarily reflect the official policy or position of DailyO.in or the India Today Group. The writers are solely responsible for any claims arising out of the contents of this article.