Opposition will have to rise again, India needs it

The parties need to start from scratch.

India is in desperate need of a strong opposition. The recent poll results in five states are proof of this argument. Except Punjab, the BJP has successfully routed every opposition in Uttarakhand and Uttar Pradesh. Surviving with minor skirmishes in Goa, it has also made a mark in Manipur. Leaving behind an important question, how in the world it won with such ease?

The poll results have made one thing clear - that the formidable political stature of PM Narendra Modi-led BJP is more acceptable on the ground. The Congress and other parties have not shown any impact.

It is not the first time in independent India that the opposition is so weak. The Congress had its day. The Gandhis were formidable. Their political astuteness helped them rule the country for over six decades. The opposition was not strong enough to put a strong opposition against them.

When the country’s oldest political party Congress is more vulnerable than ever and has been left alone to introspect, neither the public nor political fraternity is taking it seriously. So, how to make a comeback with a strong opposition?

The Congress needs to strengthen its ground base without relying on the mighty Gandhis. Its leaders need a new approach. They have to leave behind the old aristocratic attitude and approach of political hierarchy and reach people with folded hands, listen to them, stand with them and provide solutions to their basic problems. 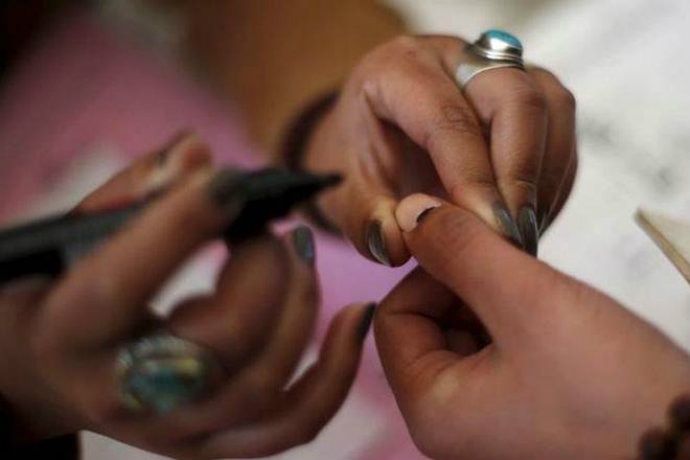 For a healthy democracy, a healthy opposition is as important as a strong government. Photo: Reuters

It has to adopt a long term strategy to repeat the magic of 2004 when it took the entire nation with surprise and returned to power with tremendous ground support.

However, for other opposition parties also it is important to modify their approach. Exerting their entire energy on caste calculations is not going to help them in the long run. The UP poll result should become an eye-opener for them.

Why a strong opposition is important?

For a healthy democracy, a healthy opposition is as important as a strong government. It helps keep the regime in power under control, and prevent it from developing arrogant and autocratic deviations from the path of progress and democracy by questioning such steps, assessing their policies and programmers objectively and also by giving important inputs.

Right now, like Nehru and Indira Gandhi, Modi is enjoying a larger-than-life image.

India needed a strong leader in 2014, not a messiah but because of weak opposition his image has attained daunting heights.

This is why issues emerging from JNU and the death of Hyderabad research scholar Rohith Vemula have become insignificant to the people.

At present, this country is suffering from a most non-synced and unprepared opposition. Only boycotting Parliament or hitting the streets in protest is not sufficient. They need to reach to the masses and awaken them about the unspoken truths.

Also read: BJP has no excuses now, it better work for the people

Post your comment
#Opposition, #Congress, #BJP, #Assembly elections 2017
The views and opinions expressed in this article are those of the authors and do not necessarily reflect the official policy or position of DailyO.in or the India Today Group. The writers are solely responsible for any claims arising out of the contents of this article.