As things stand today, BJP's ‘Congress-mukt bharat’ mission is far from being over.

I always loved surprises. Everybody loves surprises. A surprise hug, a surprise appearance at an important occasion — Rahul Gandhi is doing everything right, and the BJP is increasingly appearing confused and conflicted as to how to react. 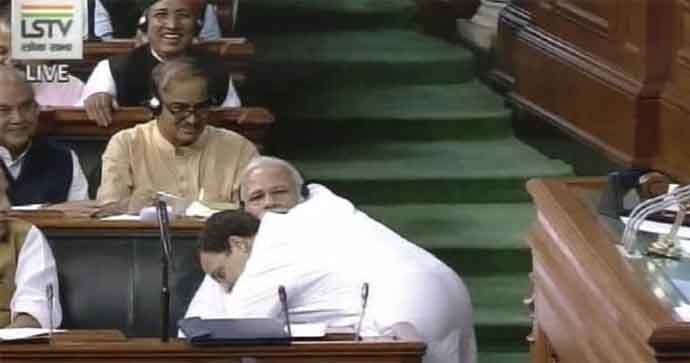 The value of the Indian rupee against dollar has been falling and fuel prices have been sky-rocketing on a daily basis. Every day is a new low and a new high. This kind of rapid price rise is almost unprecedented in recent memory.

Despite a crisis of this proportion, the middle class has no spine to mobilise and hit the streets in protest. From shocking mob lynchings to fuel prices to blatant corruption nothing moves the middle class. They carry on with their lives briefly mentioning the 'state of affairs' on their dinner tables, and condemning politicians for not doing anything. Up above the sky: A notice board displays the revised prices of petrol and diesel outside a fuel station, in Mumbai. (Credit: PTI Photo)

While the public suffers in silence, and the government loots silently, the media is busy asking, “Why the Opposition, Congress party in particular, is not out on the street protesting? Why Rahul Gandhi is off to Kailash Mansarovar at such time?” 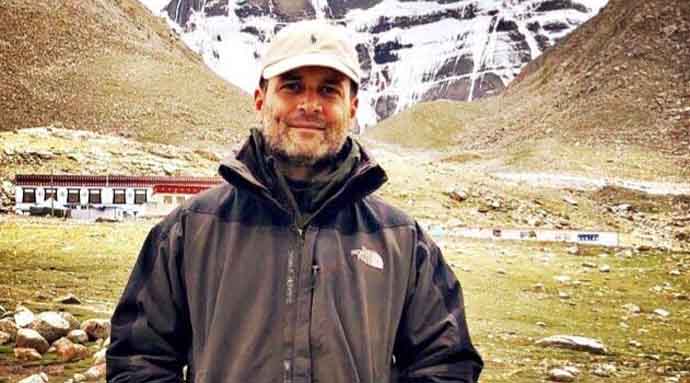 The job of the media, the watchdog of democracy, is to question the authority. However, they keep asking questions to Rahul Gandhi, the president of the Indian National Congress, a party which is apparently decimated by the BJP, as it nearly complete its mission of "Congress-mukt bharat".

With their president away, the Congress took time to react, but finally announced a Bharat Bandh on Monday, September 10. Predictably, the call for a nation-wide strike and protest marches met with the usual criticism that "strikes achieve nothing and only causes inconvenience to ordinary public, in addition to occasional violence and destruction of state property".

How does one take to the streets in protest if not with strikes? Strikes, sit-ins, pen-downs, rail roko, highway roko have all been very popular and accepted forms of protests during the formative years of India. Arvind Kejriwal’s Aam Aadmi Party came to power using these means. The BJP used these same means against UPA 2 government on exactly the same issue, fuel prices. Now suddenly, strikes are a problem.

Nonetheless, a massive strength of opposition unity was seen on Monday’s Bharat Bandh as 21 opposition parties joined the Congress in the 1.8-km protest march from Rajghat to a petrol pump near Zakir Hussain College, and to everybody’s surprise, at the forefront of the protest was Rahul Gandhi himself. Sources reveal, Gandhi returned from his Kailash Mansorovar yatra on Sunday night, and this was his first public appearance since. Until Monday morning, there was no clarity if he would take part in the nation-wide protests. So his presence at the protest came as a surprise and boosted the Opposition morale. Even the media was taken by surprise and hailed the move. Gandhi also offered holy water brought back from Kailash at Mahatma Gandhi’s samadhi as a mark of his respect for true Hindu traditions.

Once again Rahul Gandhi is at the centre of media debate post the Bharat Bandh. From his decision to hold a strike that causes inconvenience to his scathing attack at PM Modi. “Earlier Modiji used to go everywhere and talk about petrol prices, why is he silent now?” asked Rahul Gandhi. He was joined by former Prime Minister Manmohan Singh, UPA chairperson Sonia Gandhi and around 200 other political leaders and supporters.

One is aware that fuel prices are not always in control of the government, but even then it has always been a political agenda. Modi’s 2014 election campaign immortalised the common people’s pain and suffering with rising prices in the series of powerful ad films themed "Bahut hui mehengai ki maar, ab ki baar Modi sarkar". Soon after the 2014 win, when fuel prices fell due to external reasons, Modi claimed it as his success. Prices fell because of his good fortune, he said. Now, it seems his fortune has gone down the gutter and it is time to vote in somebody who doesn’t depend upon destiny to carry on good governance.

Talking of who that leader could be, it may be noted that by the time of writing this piece, three states, Rajasthan, Andhra Pradesh and West Bengal have reduced fuel prices. The nation-wide shutdown led by Gandhi wasn’t such a waste after all even though the BJP is busy trying to corner Rahul Gandhi on the National Herald case.

If a foreigner came to India sometime earlier this year, she would think Rahul Gandhi is the Prime Minister of India by the amount of media attention he gets. And Sambit Patra would come across as the leader of the Opposition. Every day there are two-three press conferences held by the BJP where Patra makes eloquent speeches with emotions ranging from anger to worry, scared, upset, devastated, hurt, etc., at something Rahul Gandhi said or did. Sometimes they hold press conference even when Rahul Gandhi did not do or say anything; may or may not have said or done something behind closed doors. Recently, Smriti Irani was asking why Rahul Gandhi is silent on Sidhu’s hug when Pakistan Army chief is going on anti-India rant. Usually when enemy nations up the ante against us we turn towards our Prime Minister, but Irani turns towards Rahul Gandhi.

Leaving all the haters behind, Congress President @RahulGandhi sets the pace during his #KailashYatra. Can you keep up? pic.twitter.com/aphQ8B6CAn

Earlier when he embarked upon the Kailsh Mansarovar journey, BJP’s leadership tried to discredit him alleging his photos from Kailash Parbat are fake. In response, Gandhi released his ‘fitbit’ data which had clocked 46,000 steps traveling 34 kms taking Narendra Modi’s ‘Fitness Challenge’ to a whole new level, nigh impossible to be beaten by any political leader in India presently.

For a party that built its election campaign around proving Rahul Gandhi to be immature and inconsequential, this much obsession to whatever he does goes to show BJP is extremely worried about Rahul’s growing popularity as a counter image to Modi.

Increasingly, Gandhi is carving out an image for himself which is not in competition to Modi, but seeks to challenge the very idea of Modi as the desirable leader, turning the right-wing perceptions on its head.

Whether this would work in favour of the Congress or not is hard to predict, but one thing is for sure, the mission ‘Congress-mukt bharat’ is far from being complete, as things stand today.

#Rahul Gandhi, #Fuel price hike, #Congress, #Bharat Bandh
The views and opinions expressed in this article are those of the authors and do not necessarily reflect the official policy or position of DailyO.in or the India Today Group. The writers are solely responsible for any claims arising out of the contents of this article.