To suggest that the machines could be tampered with to give a doctored result is beyond comprehension.

For the past two decades, I have observed that when political parties or candidates lose elections, they tend to blame the electronic voting machine (EVM). When they win by virtue of the same machine, they celebrate their victories with gusto.

To give the example of Uttar Pradesh, EVMs manufactured since 2001 have been used in multiple elections. In 2007, the Bahujan Samaj Party won the Assembly election; the Samajwadi Party (SP) won in 2012 and the BJP this year. In the 2009 Lok Sabha election, the Congress and SP did well; in the 2014 general election, the BJP won resoundingly.

To suggest that EVMs manufactured so many years ago could be tampered with to give a doctored result is beyond comprehension. Yet, after the 2017 UP Assembly elections, the principal parties that lost once again put the blame on EVMs.

EVMs are manufactured by two highly reputed public sector undertakings, exclusively for the Election Commission (EC). These are "standalone" machines, networked neither by wire nor by wireless to any other machine or system. They cannot be influenced or manipulated by signals from computers or cellphones or any other source.

The software in the machine is burnt into a one-time programmable or masked chip that cannot be altered. Not even the EC has the source code of the software. 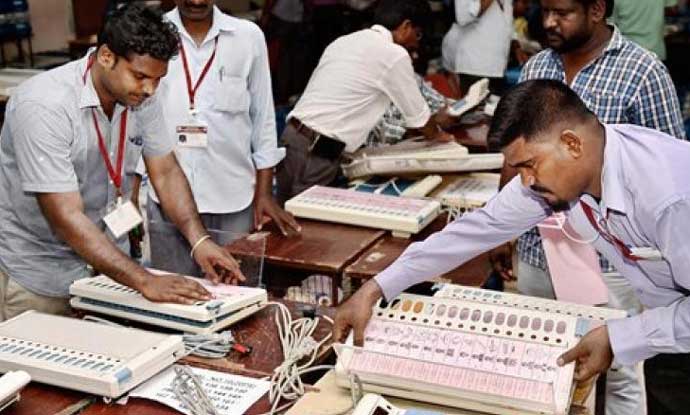 Several high courts have endorsed the machine's reliability. The first legal challenge arose in 1971 when the late J Jayalalithaa moved the Madras High Court. The court observed that the EC had taken every precaution as a "prudent normal person" might take in this matter and that the "margin of error was negligible".

The court held that the EVM was a very simple and perfectly sound technology without defect, and that the advantages of using EVMs outweighed those of conventional ballot boxes. The petitioner's contention about the failure of EVMs in Japan and the United States was held to be inapplicable to India.

The second challenge was raised in the Karnataka High Court by CK Jaffer Sharief. The issue raised was primarily that the EVMs used were vulnerable to "mischief". The court, in its February 5, 2004, order, held that the invention of the EVM was a matter of "national pride".

Another challenge arose before the Bombay High Court wherein it was alleged rigging was possible through "remotely operated devices" without actual access to either the strongroom or the machine. In its October 21, 2005 order, the court dismissed the petition on grounds that the witnesses were not able to aver a single instance wherein EVMs could actually be tampered with.

Soon after I completed the 2009 general elections, the BJP alleged tampering. We assembled 100 machines (10 each from 10 different states) and invited those who had objected to tamper and show, within the EC. Video cameras were positioned to record any evidence. No one was able to tamper with the machine.

There were requests for allowing the machines to be taken away for a couple of weeks, but these were rejected as the intellectual property rights were only with the manufacturers.

What resulted, however, was an altogether different need - to create a new model of EVM with an inbuilt paper trail. This was raised by Dr Subramanian Swamy and was agreed to. This has since become a reality and will be comprehensively employed for the 2019 general elections.

The most recent challenge has arisen from the Aam Aadmi Party, which sought to demonstrate in the Delhi Assembly that EVMs could be tampered with. However, this was not a machine that belonged to the EC but a "lookalike". So, I could not give the demonstration any credence.

Meanwhile, the EC has invited all objectors to a "hackathon" test, not dissimilar to the one I conducted in 2009. I have no doubt the result will be the same.

Post your comment
#AAP, #Lok Sabha elections 2019, #EVMs
The views and opinions expressed in this article are those of the authors and do not necessarily reflect the official policy or position of DailyO.in or the India Today Group. The writers are solely responsible for any claims arising out of the contents of this article.

The writer is former Chief Election Commissioner of India.