What do we know so far about the French presidential elections

Emmanuel Macron emerged the winner (24 per cent) and made it for Round 2 on May 7 with Marine Le Pen, second with 21.3 per cent.

It was indeed the strangest French election campaign for decades. First the novelty: primaries for the Left and the Centre/Right were organised. After Francois Fillon, who served as President Nicolas Sarkozy’s prime minister, emerged as the winner on the Right side of the checker board, many thought that the former would be the next president.

Fillon’s intentions of introducing drastic cuts in the bureaucracy to reduce the budgetary debts had made him popular. But the satirical weekly, Le Canard Enchainé, published documents showing that for more than 30 years, Fillon’s wife Penelope was paid by him as a parliamentary secretary while she was not working.

Though his direct opponent, Marine Le Pen, faced the same accusations of having created "fictive" jobs as the European Union parliamentarian, she claimed parliamentary immunity, thus refusing to appear before the judiciary. On the socialist side, Benoit Hamon emerged as the winner by defeating Francois Hollande’s Prime Minister Manuel Valls.

Unfortunately for Hamon, two "leftist" candidates refused to participate in the primaries and they eventually scored much better than Hamon during Round 1. 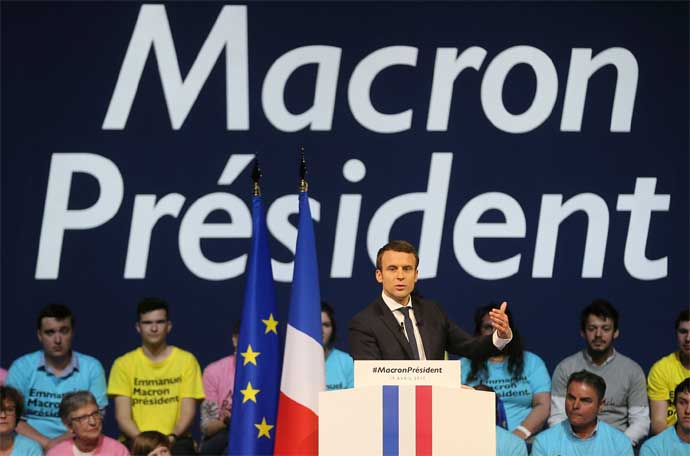 First, Jean-Luc Mélenchon, a hardcore communist who believes that Xi Jinping and modern China are examples to follow for France; his popularity has seen an unexpected surge, primarily because he is a good orator and having never been in power he has not been caught in any financial scams. His surge was probably boosted by the lack of credible candidates.

Emmanuel Macron is other candidate who refused to stand in the primaries (in the French political system, anybody who manages to collect 500 signatures from locally or nationally elected representatives can register his candidature). In Round 1, in which the first two qualify for Round 2, the race was extremely tight between four of the eleven candidates.

Ultimately, Macron emerged the winner (24 per cent) and made it for Round 2 on May 7 with Marine Le Pen, second with 21.3 per cent. Fillon came third with 20 per cent, while Mélenchon scored 19.6 per cent. The socialist Hamon was far behind with 6.3 per cent.

Retrospectively, one could question the usage of the "primaries"? Though electors voted en masse (77 per cent), times are difficult for the nation which gave the triple mantra of Liberty, Equality and Fraternity to the world.

During the last five years, a weak presidency has demoralised the nation further. Hollande’s unpopularity had beaten all records, mainly due to his lack of charisma and many goof-ups. General Charles de Gaulle’s "grandeur de la France" (France’s greatness) has long gone.

One factor is the fading of the differentiation between the political "Right" and the "Left". It is symbolic that the candidate projected by the French media as the next president (Macron), refuses to carry a "rightist" or "leftist" label. A Kejriwal-isation of French politics?

While millions of voters apprehend the xenophobic policies of Le Pen, many are attracted by her anti-migrants rhetoric. But the question is: can she expel all the illegal migrants or take France out of Europe? 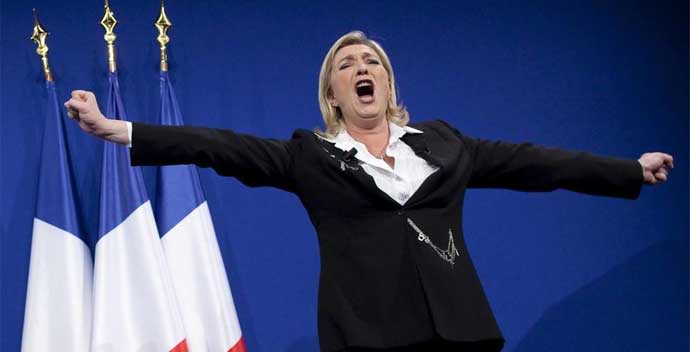 Lately, it appears that she has not been too sure about fulfiling her promises. Like Donald Trump, who spoke big about building a wall with Mexico or denouncing the Chinese as currency manipulators, but once elected, the electoral promises are faced with hard real-politics — or as the French say, “Mettre de l’eau dans son vin (dilute your wine with water).”

In any case, it is doubtful whether she can gather enough support between the two rounds to win on May 7. During her May 1 rally, she gave a speech which appeared to have been lifted from one of Fillon’s speeches. But the difficulties before France in the volatile "banlieux" (suburbs) and the wave of terrorist attacks in the name of Islam may get her votes in plenty.

On Sunday night, Macron, the 38-year-old former economy minister of Hollande (who earlier worked as an investment banker for Rothschild), may became a president by default. Though his party, "En Marche!" (On the Move!) wants to challenge the entire political system, it might not be easy knowing that he is a product of the establishment, having worked first with Sarkozy, and then with Hollande.

But cleverly, he has managed to remain vague on his programmes, trying to please the "Right" and the "Left" at the same time. Macron is, however, a fervent European.

With the legislative elections due in June, there are good chances that the French semi-presidential system could witness a "cohabitation" which is specific to the French system. When the president is from a different political party than the majority of the members of Parliament, he has to name a prime minister acceptable to the parliamentary majority. The prime minister must be acceptable both to the president and to the legislature.

It is not an easy endeavour. This has happened a few times since the beginning of the Fifth Republic in 1958, making governance difficult, if not unmanageable. Interestingly, foreign policy has figured nowhere in the presidential campaign and India is even less in the French periscope.

Though the sale of 36 Rafales brought some cheer in the morose economic landscape, what is happening in the subcontinent is of no interest to the French electorate.

Also read: Why France's Macron over Le Pen tilt for President is good for India

Post your comment
#Marine Le Pen, #France, #French presidential election
The views and opinions expressed in this article are those of the authors and do not necessarily reflect the official policy or position of DailyO.in or the India Today Group. The writers are solely responsible for any claims arising out of the contents of this article.