The locker room frat boys must deal with a frank gender discourse.

The election of student representatives to the Gender Sensitisation Committee Against Sexual Harassment (GSCASH) at Jawaharlal Nehru University, held on September 27, was a great success. Despite the varsity administration's attempts to intimidate the candidates and members of the election commission with threats of disciplinary action in the event of the poll, with only two days being available for campaigning, and despite the election taking place at a time many students had gone home for the festive season, the turnout was more than 25 percent higher than during the previous GSCASH election in 2015.

Freed of the restrictions of the Lyngdoh Committee rules that govern union elections, student organisations were able to put forward some of their best candidates, and a robust debate ensued over how the GSCASH can be strengthened as an institution, not just saved from the administration's attack.

One of the candidates, the only male in the fray after the Akhil Bharatiya Vidyarthi Parishad made a song and dance about withdrawing from the election at the last minute, contested the poll on the plank of being "the only true independent candidate". By channelling a protest vote against the political status quo on campus - he claimed to be the candidate embodying "None of the Above" - he secured a creditable 597 votes, even though he did finish seventh out of the seven candidates. 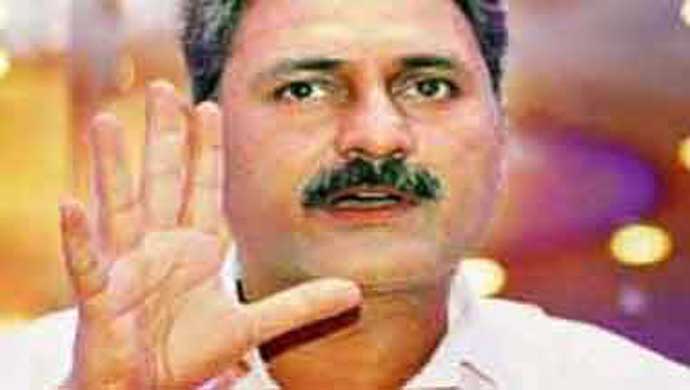 In the Farooqui case, the Delhi High Court has provided a dangerous definition of consent, where no does not necessarily mean no. Photo: Web

His major policy proposal on gender sensitisation, which is as important a function for the GSCASH as registering complaints of sexual harassment, was to speak to men on "male terms". A supporter of his later said on Facebook that a male candidate "can intervene [on] women's issues to men on male terms in male spaces - especially to non-sensitised men."

What these terms meant he did not explain; when a comrade asked him to clarify during the candidates' debate as well as in the comments section of the supporter's Facebook posts, he didn't do so. other than affirming that talking in male terms was not the same as "locker room talk".

Of course it isn't. Locker room talk - the term used to justify Donald Trump's hot mic moment in which he boasted of harassing multiple women during his stint as a reality show celebrity and somehow wasn't disqualified as worthy of great power by the vast majority of the American electorate - is a reprehensible practice. It's the creation of a safe space for privileged men to make light of the oppressive structures we are all complicit in and derives humour from such staples of comedy as sexual violence, homophobia, misogyny, racism, and casteism. It is often couched in the ideology of free speech, even if the freedom in question is that of the most powerful sections of society to make fun of those who have historically been denied a voice.

Merely not being "locker room talk", therefore, is a fairly low bar for a proposed means to carry out the essential discourse about gender that we need to have as a society. The notion of speaking to men on male terms needs to be interrogated further.

I wouldn't presume to speak for the candidate, but I have a general idea of what these male terms entail. I am familiar with how men talk to other men about sexual harassment, having grown up in a gender-segregated environment in both school and engineering college, and having witnessed and participated in my fair share of comment wars on social media. Even when such conversation does not degenerate into locker room talk, there is something deeply problematic about how this discourse takes place.

Too often, such a conversation involves pandering to a misplaced sense of victimhood that has been ingrained among men, largely as a consequence of greater assertion by women of their rights over the past few years. Taking their cue from trolls on the internet and men's rights activists in the West, Indian men from a certain social stratum have convinced themselves that they are the victims of women crying rape, that the laws are designed to privilege a woman's account of an incident of sexual assault, that men are presumed guilty until proven innocent.

Talking to men about gender, therefore, almost invariably involves pushing back against this narrative they have constructed in their heads, but gently, so that they do not feel attacked. Throughout the discussion, their egos have to be massaged, so that they do not feel as if they are being portrayed as sexist, so that they are not threatened by the fact that other points of view exist, or that they might be wrong. After all, for all their talk of special snowflakes holding society hostage with their political correctness gone mad, straight men are the specialist snowflakes of all.

It is deeply problematic that basic truths about the existence of oppressive structures must be spoon-fed to men through the use of irrefutable statistics. (Every now and then, they will turn around and say, "Statistics are just a tool to misinform the masses.")

When convincing someone that the criminal justice system is unfair to women, it is not enough to provide phenomenological evidence about rape culture through the testimonies of survivors recounting the ordeal that began once they decided to file a complaint. You must patiently explain to them that if only 27 percent of rape cases result in conviction, and if only 30 percent of reported rapes go to trial, and if only 10 percent of rapes that occur are estimated to be reported, it means that eight people are being convicted for every thousand rapes that take place.

(Relax, men, it's not all your fault. Well, it kind of is, but you do have something to blame - a broken school education system that segregates students by social strata, and fetishises the rote memorisation of facts over the teaching of empathy. Then there are your parents, of course, and our patriarchal society.)

I'm not trying to diminish the importance of factual evidence in proving a point. The point, however, is that irrefutable factual evidence of this nature, presented by a man, seems to be the only thing that gets men to listen on questions of social justice. Change one detail in that sentence and their eyes glaze over as their cognitive biases kick in.

When I began cribbing along these lines to a female friend a couple of days ago, she rightly pointed out how much worse it would have been if I were a woman. (Dalit-Bahujan, Adivasi, Muslim or Black activists would know exactly what she meant.)

Brave women calling out patriarchy are routinely shouted over and dismissed out of hand, along with all the lovely rape threats and doxing.

This needs to change.

We - and I mean all of us, not just savarna, straight men like me - must create and protect spaces for women and sexual minorities to speak out without fear. And here's the thing: such a space cannot be nurtured if discussion is to take place on "male terms".

If we privilege one point of view and require that all criticisms conform to it, we cannot achieve real change. If we dismiss all narratives of structural oppression as identity politics, if we huff and puff every time someone suggests that we might be complicit in the said oppression, we are only practising the identity politics of the privileged.

All of this has real consequences. Every act of sexual violence that is litigated in the court of public opinion inevitably morphs into a question of credibility, what we know as the cutesy phrase, "He Said, She Said." Trial strategy becomes all about corralling people by appealing to their preconceived notions. This is where victim blaming comes in.

We have corroded the discourse on gender justice to such an extent that Tarun Tejpal, the liberal darling whose magazine once crusaded against the patriarchal nature of our criminal justice system, can now complain through his lawyer about having to fight an asymmetrical battle since the public views him as a "predatory, dominant male" up against a "hapless female".

Full disclosure: I worked at Tehelka from July 2012 to January 2014, and was in Goa at the time of the incident. The complainant has had to face years of our "enlightened" former boss and his cronies engaging in every disgraceful rape case dirty trick they could think of as the justice system plodded along; charges were filed just last week, almost four years after the incident.

Even as Tehelka's management team - the brains trust who came up with "the penance that lacerates me" - was struggling to find a way to respond to the complaint, Tejpal's pals were circulating a photo of the complainant at the beach a day after the first rape attempt, never mind that she was at that beach because her job demanded it. The whisper campaign in the cocktail-party circuit also whirred into action: he is so oversexed, you see, that's just who he is; did you see what she was wearing?

A few months later, once the original brouhaha died down, one journalist decided to pose questions to the complainant, accusing her of falling prey to "bubblegum feminism" and "reverse female chauvinism", and being complicit in the "systematic public humiliation of a person [that was] widely out of balance." Yeah, widely out of balance with a case of custodial sexual assault.

Another media ally wrote an exposé in another magazine that Tejpal had worked at for years, focusing on the CCTV footage on which his entire defence rests. Looking at her calm demeanour, he basically said in the article that is based on a few seconds of grainy camera footage shot from above the subjects, who reacts to sexual assault with such equanimity?

This is what the discourse has come to - armchair critics passing judgment on criminal cases based on not just a selective reading of the evidence, but on their own perception of how a woman should react to an event of such magnitude, a perception that has been shaped by images of women as constructed by men.

It's time to stop.

Also read: Rape laws may change in India, but what good is it if the mindset of courts doesn't?

Post your comment
#JNU, #Gender sensitisation, #Tarun Tejpal
The views and opinions expressed in this article are those of the authors and do not necessarily reflect the official policy or position of DailyO.in or the India Today Group. The writers are solely responsible for any claims arising out of the contents of this article.

The writer is a student at Jawaharlal Nehru University.