Will Padma Bhushan Ghulam Nabi Azad take off on a new political adventure?

After accepting the Padma Bhushan from the Government of India, there are rumours that veteran Congressman Ghulam Nabi Azad might start a new political innings ahead of J&K polls.

72-year-old veteran Congress leader Ghulam Nabi Azad is all set to receive the third highest civilian honour, Padma Bhushan, from the Government of India. The award comes at a time when the veteran Congress leader’s relations with the Congress party is at an all-time low. Perhaps unsurprisingly, he is one of the G-23 leaders of the Congress party who had written to Congress interim President Sonia Gandhi in August 2020, asking for sweeping reforms in the party.

After having been reduced to almost nothing by a party he served for five decades, Ghulam Nabi Azad might be thinking of a new political innings from his home state Jammu and Kashmir (J&K). In fact, he has been quite active in the state of Jammu and Kashmir, of which he was once a Chief Minister (2005-08).

In Azad's own words, “No one knows what will happen next in politics.” Does that hold true for him too? The recent events might have one believe so.

Right thing to do. He wants to be Azad not Ghulam. https://t.co/iMWF00S9Ib

Jairam Ramesh, a veteran Congressman and Rajya Sabha MP took a dig at Azad for accepting the Padma Bhushan award from the government. Throwing the example of Buddhadeb Bhattacharjee, CPI(M) leader and former CM of West Bengal, who rejected the Padma Bhushan award, Jairam Ramesh applauded Buddhadeb as a leader who wanted to be 'Azad' - free - and not 'Ghulam' - a slave.

Ramesh’s tweet against Azad also comes at a time when Azad has been relieved of his Rajya Sabha (RS) duties by the Congress. Other Congress party leaders like Kapil Sibal, Shashi Tharoor, Raj Babbar congratulated him on the Padma Bhushan.

Kapil Sibal, taking a dig at Congress party, even went to the extent of saying that the nation recognises Azad's service to public life unlike the Congress. This reaffirms the fact that he was indeed sidelined by the party high command. Ever since he started with Congress in 1973, Azad has been a minister in every Congress Cabinet. Indira Gandhi inducted him as the Deputy Minister of Law, Justice and Company Affairs in 1982. Rajiv Gandhi, in 1987, appointed him as the General Secretary of the All India Congress Committee. He has been a member of the CWC since 1987.

DISAPPOINTMENT WITH THE CONGRESS 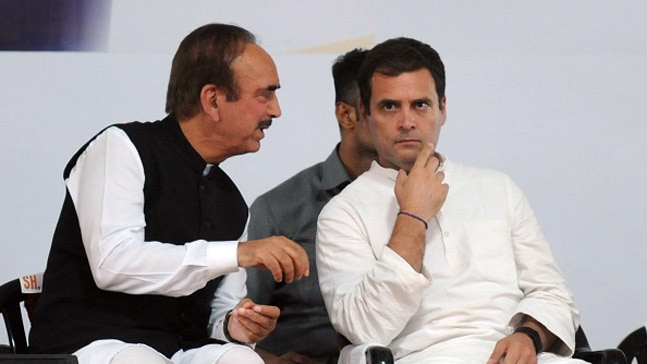 Azad was caught in the eye of the Congress’s high command ever since he, along with several other senior party leaders like Shashi Tharoor, Anand Sharma, Kapil Sibal had written a dissenting letter to Party Chief Sonia Gandhi in August 2020.

The result was that in September 2020, he was removed from the post of AICC General Secretary. Six months down the line, he was out of the Rajya Sabha.

In November 2021, Congress high command shunted him from the disciplinary committee after there was trouble in the Jammu and Kashmir Congress when 20 senior leaders including four former ministers including 3 MLAs resigned.

Ever since his name was announced, there were murmurs in the corridors of power about a disgruntled Azad thinking of a new political venture. He has been actively working towards it in his home state. From November 16, 2021 to December 4, 2021, Azad addressed around 10 public meetings including two in the Valley. He has been very active in the state also because delimitation of Assembly constituencies in J&K is underway and once that is over, state elections might be announced soon.

With the prospects of Congress party in J&K dim, Azad might not think twice before making a new party ahead of the polls, whenever they are announced. Several state Congress leaders resigning from their posts add more fuel to this possibility. Moreover, at the age of 72, he has nothing to lose even if he parts ways with the Congress. Instead of waiting for the Gandhis to give him a new role, the Congressman might try things in his own way. 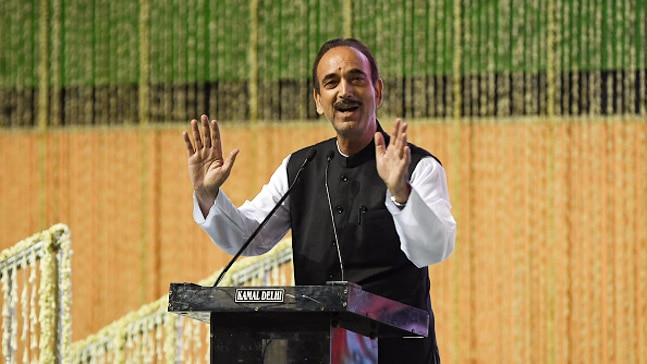 The BJP has promised restoration of statehood of J&K. The party which has a strong hold in Jammu-Udhampur region struggles to garner the Muslim vote in the Valley. In such a case, it might use Azad’s influence in the valley to gain support in the Assembly.

According to the sources who spoke to Indian Express, Azad might not go for a pre-poll alliance but would also not back away from a post-poll alliance if the numbers dictate so. So, a Padma Bhushan at this point might be a build-up for grander things to come.

Azad, in recent times, has not been critical of PM Narendra Modi, something that has not escaped the notice of anyone. During Azad's Rajya Sabha farewell speech, PM Modi had said, "My doors are always open for you." Azad had also expressed gratitude towards the PM after these words.

THE CONTEST OF J&K

In J&K, Azad might form a party and work in tandem with Sajjad Lone’s People's Conference to take on Sheikh Abdullah’s National Conference (NC) and Mehbooba Mufti’s People's Democratic Party (PDP). Though the BJP has brought up small outfits like Sajjad Bukhari’s Apni Party for Muslim votes, it might have to bank on Azad’s popularity in the Valley for a larger chunk of the Kashmir pie.

#Ghulam nabi azad padma bhushan, #Padma Bhushan, #Padmabhushanforazad, #Ghulamnabiazad
The views and opinions expressed in this article are those of the authors and do not necessarily reflect the official policy or position of DailyO.in or the India Today Group. The writers are solely responsible for any claims arising out of the contents of this article.