It is an insult to the average Hindustani who can go to office everyday and still be unproductive.

Yogi Adityanath has achieved the unimaginable. He has done what Narendra Modi couldn’t. Cutting holidays in Uttar Pradesh — a decision taken by the UP government a fortnight ago — not only sent Delhi’s deputy chief agitator, Manish Sisodia, showering praises about the decision on Twitter, the Always Agitating Party aka AAP government in Delhi is also replicating it in the city.

This newfound bonhomie is at the cost of the average holiday-hungry Indian; and the poor sarkari babus, for whom one of the main incentive to get into government job was the many sarkari holidays, and who’ll now have to be content with being able to put their feet on the table to relax on workdays.

Yes, in UP the reduction in holidays is only for educational institutions. But you know the pressure they create on elders these days to be role models for children! It’s only a matter of time before the elders are stripped off the pleasure of a sarkari chutti.

Though this luxury — holidays and being able to keep our feet up — is not for private sector employees like me, but we still feel happy for the distant cousin or neighbour who can claim these benefits without being made to feel guilty about all the productivity nonsense. 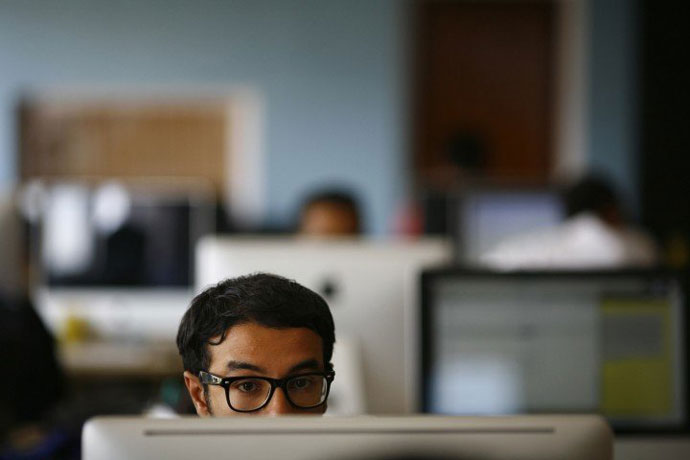 After memorising the dates, we even double check Google’s inputs by asking those around us about the next bank holiday. PC: Reuters/ Representational photo

And what worst timing for these decisions! The UP and Delhi CMs have forgotten that it’s not some normal time in the history of India where we can do with India being dragged down from the number one spot on the “countries with the most public holidays” list, which we have so rightfully claimed for years.

This is that time in the life of independent India when our government and we — India’s social media warriors — want to make India great again. We want to secure one of the top spots on every list. If possible we would like to top every list. This decision to cut holidays, if followed by other states, may cause us to disappear from the list altogether. What a bad precedent!

Reports say UP had 42 statutory holidays in academic institutions before they were pruned to 27. This means a public holiday every nine days. It’s still higher than about 21 central government holidays in India. But that’s fine. And, in any case, what is the connection between workdays and productivity?

India produces the world’s highest number of engineers, but most of them are unemployable.

India is among the top 10 agricultural countries, but is home to the world’s largest number of hungry people.

So, of course, we capable of having more workdays and being unproductive.

All the productivity talk aside, it looks like AAP and BJP, despite having established themselves as the champions of populism — in reality — are far, far away from understanding the popular sentiment about holidays.

Google Trends is proof, we Indians kickstart our new year by marking all the public holidays on our calendar to keep ourselves motivated about work.

Google searches for “Public Holidays 2017” originating in India peaked between January 1 to 7.

If only the social media cells of these super social media-savvy parties had done a cursory google search they would have known that Google searches for “public holidays 2017” were the highest in the first week of the year. That’s how we like to begin our year!

We search the internet with such keywords again and again on every holiday, only to ensure that the next one isn’t too far away.

After memorising the dates, we even double check Google’s inputs by asking those around us about the next bank holiday.

At least Delhi government has a chance to compensate Delhiites for their loss of holidays. The 2017 holiday calendar for administrative offices of the central government located in Delhi provides 17 holidays; Delhi has as many dry days.

Depending on (bad)luck, in case of polls et al, this number increases significantly. Quite expectedly, contrary to the rest of the nation, Delhi googles more about dry days than public holidays. As soon as we pass the hurdle of one dry day, we start stocking up for the impending one.

Even if they don’t want to compensate us for taking away the pleasure of few extra days of rest, our governments need to know that this scrap-public-holidays nonsense is an insult to the dilly-dallying skills of an average Indian who can go to office everyday and still be unproductive.

#Delhi, #Uttar Pradesh, #Public holidays
The views and opinions expressed in this article are those of the authors and do not necessarily reflect the official policy or position of DailyO.in or the India Today Group. The writers are solely responsible for any claims arising out of the contents of this article.