Gorkhaland protest: Turmoil is a return to reality

The Centre may invent yet another interim model to suture the alienation from Bengal but the resurgent demand for statehood is popular and emotive.

Installed in my hideout in Kalimpong in December-January, the hills appeared quiet under the yellow-pink glow of Kanchenjunga, with no whisper of trouble. The ratcheting up of moves for the upcoming municipal elections played well within the frayed fabric of our noisy polity.

The Jana Andolan Party (JAP) and the Trinamool Congress (TMC) were positioning themselves, anticipating a reconfiguration to dislodge the GJM (Gorkha Janamukti Morcha), which had been enjoying the fruits of BJP outsourcing. The TMC did well at the mid-May hustings to wrench Mirik town from GJM's grip. But the GJM returned, with its wings partly clipped, in Darjeeling, Kalimpong and Kurseong.

Mamata saw an opportunity here, and it is in this light that the current flare-up ought to be seen. A myopic and majoritarian attempt at forcing the Bengali language on a large minority in Bengal backfired, leading to a violent resuscitation of the old demand for a Gorkhaland.

It is reminiscent of the truculent late 1980s, when the Gorkha National Liberation Front's prime schismatic, Ghising, deployed the tactic of "no man's land" (and "ceded land") in a geo-strategically sensitive borderland to feed political fires. But the andolans furnished only a hill council and later in the 2000s, a territorial administration under GJM's Bimal Gurung when a state was demanded. 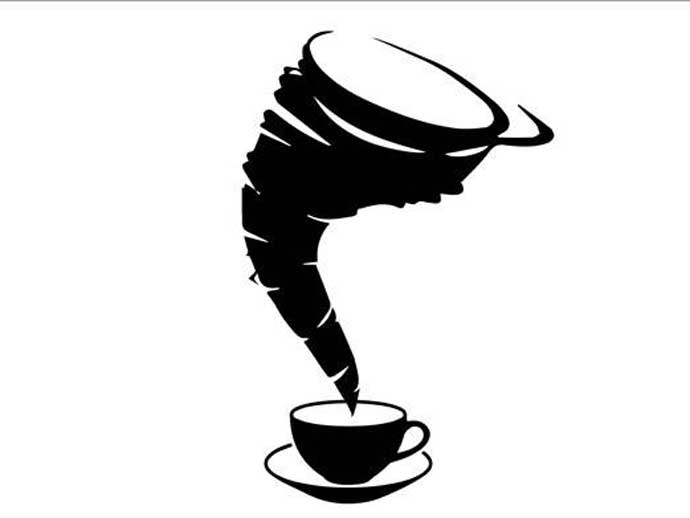 The Centre may invent yet another interim model to suture the alienation from Bengal but the resurgent demand for statehood is popular and emotive.

It is no less emotive in the rest of Bengal which raucously rejects division, mindful not only of 1905 but also of 1947, when the reality of the Radcliffe Line descended upon a population that had been neither asked for their opinion nor properly informed of what was to come. This wilful incommunication was to cast long shadows over subsequent events, and accounts of this shaded easily into patterns of thought that were dualistic and left little room for other players.

The Darjeeling writer IB Rai has anxiously evoked other divisions in his essay Pahar ra Khola (Hills and Streams): "When will the Nepali race [translated from jati] ever get anywhere when it has to walk the main street taking everything along with it? The path of the sub-race is our only short one, a way of quick progress. For how long will we wait together, with the future of the race our only aim?"

The sandwiching of "sub-racial" or "tribal" groups between the upper-caste Bahuns and Chhetris and the lower-caste Matwali Jaatharu ("the drinking lot") in the Gorkha social formation has taken on a distinct political dimension lately, as these groups recognise the benefits of being officially declared scheduled tribes and have become the ready subjects of "development boards" installed by the Bengal government under Mamata. 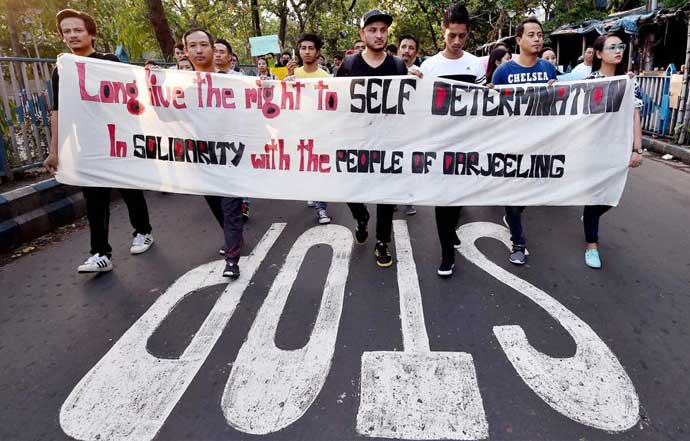 The resurgent demand for statehood is popular and emotive.

These ethnic "development boards", recognised through an executive fiat by the government as an alternative conduit for delivering funds, are the latest tinkerings in a long line of experiments in governance. The idea is that these boards ostensibly allow "backward" communities to uphold their economic and social well-being. It's also a counter-insurgency strategy by the state to produce divisions amongst the Gorkhas and with the indigenous Lepchas.

Ironically, the now compromised Subhas Ghising earlier saw profit in the inclusion of his constituents as scheduled tribes, staging spectacles of sacrifice, blood-drinking and exorcism as proof of "primitiveness" and "backwardness".

You could read this, as one rather generous scholar has done, as the Darjeeling communities' strategy to return the homegrown orientalist gaze of the state and its anthropologists. But politically, many fear later reprisals from a victorious GJM against pro-state boards and communities.

The current crisis in the hills highlights yet again the inescapable violence that emerges out of hatred, fabricated untruth or ignorance.

In truth, fraternity, like politics, enjoys only moments. For the long-suffering Darjeeling hills, the turmoil may seem like a return to reality.

#Gorkha Janmukti Morcha, #Mamata Banerjee, #Darjeeling crisis, #Gorkhaland
The views and opinions expressed in this article are those of the authors and do not necessarily reflect the official policy or position of DailyO.in or the India Today Group. The writers are solely responsible for any claims arising out of the contents of this article.

The author is professor in cultural encounters, at Roskilde University, Denmark. He divides his time between London, Kalimpong and Copenhagen.