The Empowered Committee of finance ministers, including Arun Jaitley, helped break the deadlock on the tax reform on Wednesday evening.

In what is being hailed as the single-most important economic legislation since the 1991 liberalisation of the Indian economy, the Rajya Sabha on Wednesday passed the Goods and Services Tax (Constitutional Amendment) Bill.

Union finance minister Arun Jaitley, after much deliberation with state finance ministers, including Amit Mitra of West Bengal, had introduced the debate in the Upper House of Parliament on Wednesday morning. 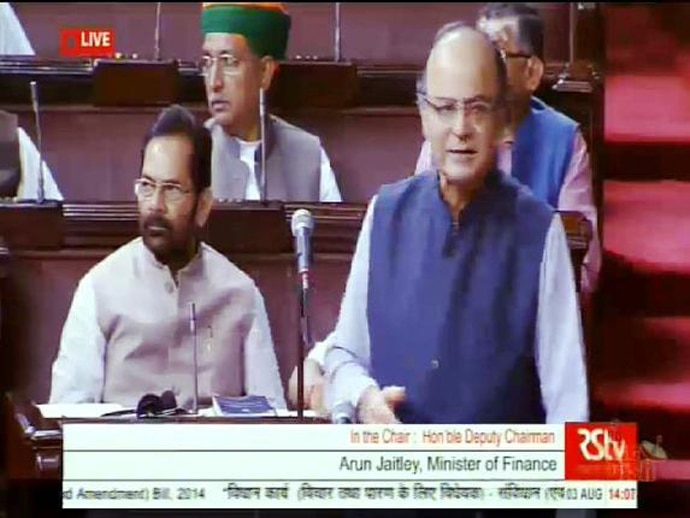 The man of the hour, Union fiance minister Arun Jaitley in rajya Sabha on Wednesday.

Arun Jaitley said, “The merits of the system are that it will convert India into one economic market and will introduce a uniform tax across the country, check evasion of tax. This would also give a boost as far as growth rate is concerned.”

The BJP government at the Centre, as well as several of the state governments, had been waiting with bated breath for the Rajya Sabha to reach a unanimous decision on this crucial tax reform issue, even though the GST Bill was originally drafted by the previous UPA government.

The Bill was passed in the Lok Sabha in May 2015, though the Opposition, principly the Congress, had been objecting to certain clauses within the earlier version of the Bill.

Prime Minister Narendra Modi has congratulated everyone, as have many important figureheads from the BJP.

On this truly historic occasion of the passage of the GST Bill in the Rajya Sabha, I thank the leaders and members of all parties.

Our MPs must be congratulated for their path breaking decision to give India an indirect tax system for the 21st century. #TransformingIndia

I would like to add that GST will also be the best example of cooperative federalism. Together we will take India to new heights of progress

I congratulate PM Sh @narendramodi and FM Sh @arunjaitely for creating wide consensus on #GSTBill that will benefit all including poor.

#GST will not only improve ease of doing business, reduce the burden of taxes on people but also make "One Nation, One Tax" a reality.

#GSTBill will create a single national market and will benefit the poor the most. Ek Bharat, Shreshth Bharat. pic.twitter.com/iLDBBxUoR9

Congratulations to the Prime Minister Sh @narendramodi ji for the successful passage of Mother of all Economic Reforms since 1947 #GSTBill !

CII welcomes the passing of the #GSTBill by Rajya Sabha. It is the biggest change in India’s tax structure since independence. @arunjaitley

World famous economists such as Kaushik Basu, currently chief economist at World Bank, hailed the passing of the GST Bill.

Indian freight between cities spends 60% time stationary, mainly at check posts. With GST this can be vastly reduced, increasing efficiency.

There were caveats sounded at various points, particularly by former Union FM  P Chidambaram, and Sitaram Yechury, general secretary of CPI(M) and a member of the Rajya Sabha. 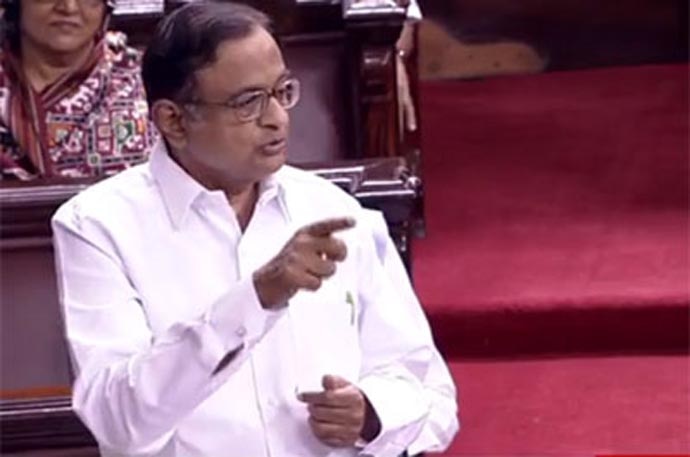 P Chidambaram had wanted the tax rate to be capped at 18 per cent.

Chidambaram, mainly, had expressed objection to the possibility of the GST not being trudged through Parliament as a money bill, and instead be passed as a financial Bill because it's a constitutional amendment legislation. Moreover, Chidambaram had also wanted that the new tax rate be capped at 18 per cent, because otherwise the inflation may spiral out of control.

P Chidambaram on GST: Standard rate must be 18% which will make GST non-inflationary & acceptable to peoplehttps://t.co/g9iitrltzz

On #GST Centre must ensure the rights of States to generate revenue for requirements they have been elected for. https://t.co/KGcUxzp3qQ

The Samajwadi Party, Trinamool Congress, Janata Dal (United) and others, along with the Congress, were in favour of the Bill. Bengal FM Amit Mitra has played a key role heading the Empowered Committee of finance ministers who deliberated over the Bill.

However, there was conditional support for the GST Bill across parties, with the exception of chiefly AIADMK and the CPIM. Jayalalithaa's party and Tamil Nadu’s ruling dispensation remained opposed to the Bill till the end, and the AIADMK members stageda  walk out before the Rajya Sabha put the GST to vote on Wednesday.

Congrats! India enters into GST regime. It would be imp. to see how practical & effective GST Law we make. Many countries have failed here.

What is the GST?

The GST is a single indirect tax for the whole country, intended to turn the all parts of India into one unified common market.

It is a single tax on the supply of goods and services, right from the level of the manufacturer to that of the consumer, bypassing 17 other intermediate tax structures, chiefly the individual state taxes.

GST essentially is a tax only on value addition at each stage, which means it is favoured heavily towards the consumer, but may mean the manufacturer taking a relative dent. However, since it does away with a lot of intermediate taxation, the overall effect is to help everyone.

GST is supposed to spur investment and growth because it expected to usher in greater transparency, easy compliance with rules and regulations, uniformity of tax rates, removal of cascading effect on taxes, more competitiveness, leakage plugs, revenue efficiency, among other host of benefits.

Rahul Gandhi : Wow GST passes.Sanjay Jha: Sir, you MUST oppose itRahul: It is, Gandhi Sales Tax. You MUST support it. #GSTBillSanjay:Cry

What most of us know about #GSTBill . pic.twitter.com/XUmitO5NUG

#GSTBill passed - and with such very interesting arguments and counters. This is how Parliament should be all the time!

However, states are worried that GST may sound the death knell for fiscal federalism and result in increased centralisation of tax regimes. CPIM's Sitaram Yechury reiterated this point again and again in this powerful speech in the Rajya Sabha that the poorer states must not be left to fend for themselves. 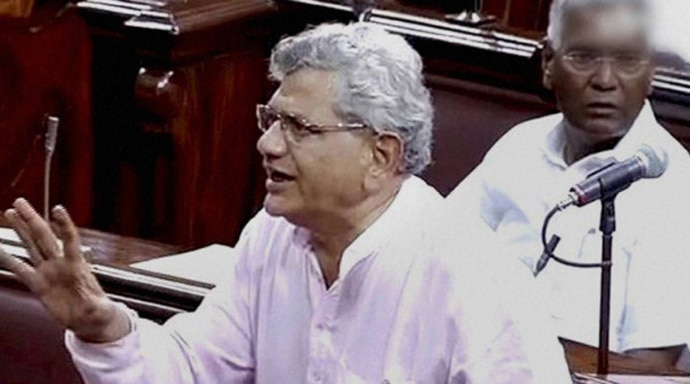 CPIM's Sitaram Yechury said poorer states must be protected from the inflationary ravages of the GST.

Also, this would mean any economic torrent would spread out in all directions and that could spell severe fiscal difficulties for poorer states.

India's GST is a value-added tax which also replaces state taxes. VAT is agreat but very few countries have done the latter.