Congress, not BJP, may now profit from GST

If the Bill is passed now, it’s going to be taxing times ahead for the ruling party leading up to the 2019 general elections.

Never has a nation been more excited at the prospect of getting taxed.

To be fair, the Goods and Services Tax (GST) is not a new tariff. The Narendra Modi government plans to replace a commerce-stifling tangle of taxes with a single, nationwide sales levy, a move that experts have termed an epochal lowering of business barriers.

Union finance minister Arun Jaitley has hailed it as the biggest reform in India since independence, claiming that it could add up to two percentage points to the growth of the economy. But he needs the backing of the Congress to secure the two-thirds majority needed to pass a key and enabling constitutional amendment in the Rajya Sabha.

The Opposition party, the original author of the GST Bill, has used every trick in the book to stall the inevitable. But with Parliament’s monsoon session beginning on Monday (July 18), perhaps it’s time for it to stop trying to steal the BJP’s thunder and give in.

This is because if the Bill is passed now, it’s going to be taxing times ahead for the ruling party leading up to the 2019 general elections. And that means the Congress could go laughing all the way to the polling booths. 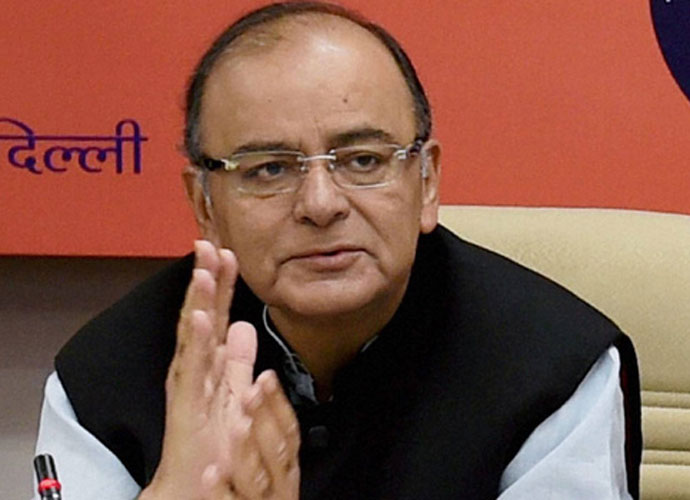 The GST is globally known as a consumption-based tax, but the finance minister has agreed to allow states to impose a one per cent additional levy on the cross-border transport of goods. This proposal is anathema to the Congress.

It has also asked for capping the tax at 18 per cent and setting up an independent mechanism to resolve disputes on revenue-sharing between states.

Recent Assembly elections have helped boost support for the GST – either by adding strength to the ruling NDA or to regional parties that support the measure. While the Modi government has reached out to the Congress for its backing, it will also try to isolate the party in Parliament to get its way.

The principal Opposition party attempted to introduce the GST when it was in office in the decade to 2014, but was stonewalled by the BJP. It now sees an opportunity to avenge itself and undermine the economic reform programme of the NDA government, which was elected on a business-friendly ticket.

The battle has already led to several compromises on the Bill, leading some analysts to say India could end up being saddled with a poorly designed tax.

Now the earliest the GST can be implemented is April 1, 2017. And the passage of the Bill will only be the beginning of the struggle, not the end. The costs of adjustment will be considerable, at least in the short-to-medium term.

If and when the amendment is cleared in the Upper House, it needs to be ratified by more than half of India’s states. Then Parliament must pass another Bill to implement the tax. Finally, a newly-formed GST council would decide the overall rate, which would vary for different goods.

The tax structure that would emerge from the negotiations would be far from ideal. So the GST reform should be seen as a process rather than an event. Once the basic features are implemented, it would be necessary to improve the structure and operational aspects over time.

No one knows what the eventual GST figure will be. Unless designed with as few exemptions as possible, the “revenue-neutral” rate – the level needed to ensure that government receipts don’t decline after the new tax regime is introduced – could be significantly higher than what many businesses pay now. That could damage both business sentiment and overall demand, which is already struggling.

Small business owners are almost certain to pass some of the burden to consumers.

In addition, services are currently taxed in India at 15 per cent. If the final GST rate is higher, then that’s likely to boost inflation as well. And there’s nothing much that anyone can do but wait for the initial effects to subside.

A finance ministry panel, headed by chief economic adviser Arvind Subramanian, said in December 2015 that given the unavoidable “teething troubles” that will afflict GST implementation, it would be advisable to keep rates lower lest it should increase taxpayer displeasure, reduce compliance and increase disaffection.

#Congress, #Narendra Modi, #Arun Jaitley, #GST Bill
The views and opinions expressed in this article are those of the authors and do not necessarily reflect the official policy or position of DailyO.in or the India Today Group. The writers are solely responsible for any claims arising out of the contents of this article.