Why Gurmehar Kaur's views on her martyred father are nonsensical

War was just a means for your father's martyrdom.

At the outset, let me tell you that I do not have any complaints about your statements against political parties and their baby units. I endorse them as much as you do. And it is my personal opinion that the law of the land must allow stoning to death any person who even raises a rape threat.

But I was rather shocked to see you holding a placard that it was not Pakistan but the war that killed your father. Do you even know that a soldier commits his life to safeguard national interests when he gets enrolled into the Forces? That is precisely why a soldier automatically becomes a hero the moment he joins the service, unlike any other profession in the world.

I do research on the life and times of Netaji Subhas Chandra Bose, who raised the first Indian Army in exile. Flocks of hitherto unknown people - male and female - joined him for the fight to liberate India from the British rule. For a nation that was enslaved by colonial powers for nearly two centuries, the mentality to become a fighter itself makes one a national hero by default, even to this day.

Your father was someone who placed the interests of the nation before his own. He stood for the concept of India and died for it. It takes great courage, sharp focus, and a deep sense of commitment to even attempt that. I am deeply thankful to him for the freedom I enjoy right now to write this piece.

It is undisputedly Pakistan that killed your father. He was killed in the war, but the war happened because of Pakistan's ulterior motives. The enemy triggered it and your father was amongst the most valiant among the chosen few to guard the pride of this nation.

He knew exactly what was expected of him, and he gave his all in the process to keep our boundaries intact. Every time you see the map of India, you should be proud that it stays in that shape because of your father. 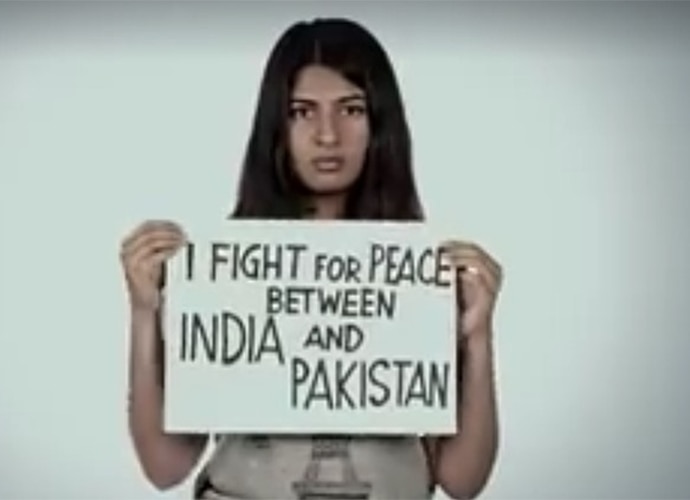 War was only a means to strengthen Pakistan's interests over India. It was only a tool and a process. You fail to think what really caused the war and who initiated it. Education should, ideally, help you think logically and reasonably to understand the root cause of every situation or problem at hand.

Therefore, I request you to reflect on your impression of the circumstances that led to the death of your great father all over again and take a fresh assessment. Besides the respect I have for you as an individual and as a woman, I also have additional respect for you since you are the daughter of a hero who made the supreme sacrifice for me, my own family and friends, the nation, and posterity. We are, and will always be indebted to him.

If you still don't understand my point, kindly pardon me, considering that my laptop keyboard created this piece. And it is not me, but my money that bought this laptop. If you think those arguments are nonsensical, you would do well to realise that your views about your father’s martyrdom were equally nonsensical.

#Pakistan, #Kargil war, #Gurmehar Kaur, #ABVP
The views and opinions expressed in this article are those of the authors and do not necessarily reflect the official policy or position of DailyO.in or the India Today Group. The writers are solely responsible for any claims arising out of the contents of this article.