The definition of a smart city does not mention development of modern drainage system and prevention of waterlogging.

If the happenings of the past one week in several Indian cities are any indication, it seems the country may need more drainage inspectors and civil engineers than computer experts.

The speed at which our cities are growing and people migrating to metros from towns and villages is mind-boggling.

Much of this growth is taking place in the absence of any commensurate expansion of basic amenities required for smooth running of any urban agglomeration - drinking water, electricity, sanitation and waste management.

The lack of accountability at the level of city governance is also a major problem.

On top of all this, climate change experts indicate that urban floods are here to stay, given higher frequency and intensity of extreme rainfall events. We have to learn to deal with all this.

Also read - Why Indian cities like Gurugram are drowning during rains

While gloating over the success of our IT and manufacturing hubs, we overlook the fact that these economic engines are also engines of consumption and producers of waste.

In the absence of any long-term planning, water for our metropolitan areas is being fetched from hundreds of kilometres away while power has to be transmitted from even farther.

Cities cannot manage their waste either. And when it rains, they have no way to hold and manage water as most open areas and water bodies (including floodplains) that act as a sponge of extra water-unsustainable model of urban planning and growth.

Several years ago, Down to Earth magazine had warned that Gurugram's growth was not sustainable at all.

The warning has come true. People come to cities because they are engines of economic growth and jobs. 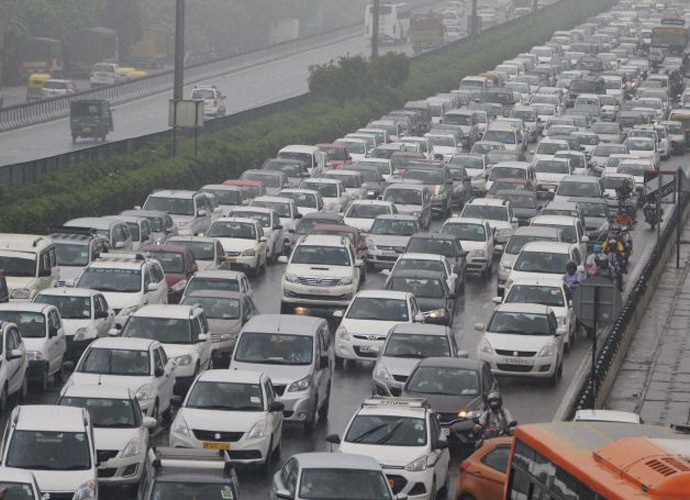 Hopefully Gurugram floods will change the mindset of our politicians. (PTI)

If all it takes to cripple economic hubs like Gurugram, Bangalore or Chennai is few hours of monsoon rain or load shedding, then the day is not far when such centres will start seeing flight of capital.

The economic loss caused by drowning of IT hubs, cost of daily traffic jams and erosion of brand image could be significant.

Even in the absence of rains, Gurugram has seen monster traffic jams because people continue to use personal cars due to inadequacy of public transport within the city and between it and Delhi.

Unfortunately, we don't seem to be learning from any of this even now.

The previous government had initiated an urban renewal mission, while the present government is pushing its smart cities plan.

The definition of a smart city, as provided in the mission document, does not mention development of modern drainage system and prevention of waterlogging in the list of ten core infrastructure elements for a city to become smart.

A smart city with all its IT-enabled paraphernalia like CCTVs, intelligent traffic system, telemedicine, smart electricity metering and intelligent parking would be useless if its roads frequently get flooded due to dumb and archaic drainage system.

Rebuilding or retrofitting a drainage system may not be as glamorous an idea as smart city, but hopefully Gurugram floods will change the mindset of our politicians and policymakers.

#Gurugram, #Traffic, #Monsoon
The views and opinions expressed in this article are those of the authors and do not necessarily reflect the official policy or position of DailyO.in or the India Today Group. The writers are solely responsible for any claims arising out of the contents of this article.