Why the new H1B visa curbs are spooking Indian techies

The latest directive has further reinforced concerns of higher restraints on foreign workers to the US.

The Indian IT industry’s worst fears seem to be coming true. With the United States government suspending the fast-tracking of H1B visas for six months starting April 3, Indian companies such as Infosys, Tata Consultancy Services and Wipro, among others, will find it more difficult to send skilled workers abroad to service clients.

Coming on the back of a proposed bill to reform H-1B visas tabled in February that is yet to be signed by US President Donald Trump, the latest directive has further reinforced concerns of higher restraints on foreign workers to the US, in line with Trump’s “Buy American and Hire American” policy.

Indian IT companies reportedly earn around $60 billion annually from the US market, providing a slew of services to top American firms. H1B visas are employment-based visas for temporary workers, issued by the US Citizenship and Immigration Services (USCIS). Being the most coveted among US work visas, only 85,000 H1B visas, including 20,000 for students, are issued every year.

Indian IT companies account for roughly 17,000 to 18,000 of these every year, several of them in the priority category, where visa processing is fast-tracked by paying an extra fee of $1,225 (around Rs 80,000). Indian companies used this window to send their staff to the US on urgent assignments. 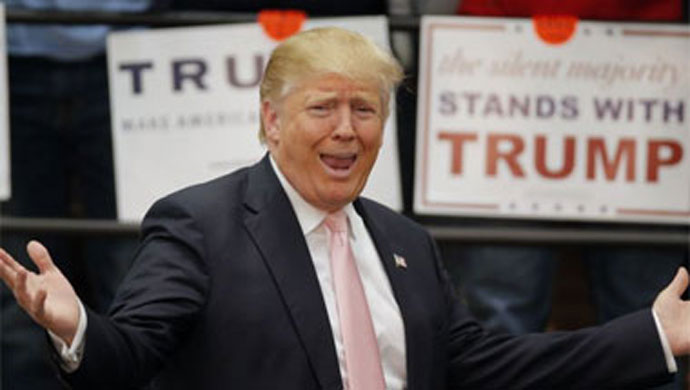 With a president as unpredictable as Trump at the helm of affairs, the fear is that things can get more serious over time.

Visa processing through the normal process can take as many as three months, a waiting time companies can ill-afford, especially with competition snapping at their heels. Indian and Chinese staff are preferred for such projects, as they earn salaries of $60,000 (Rs 40 lakh) annually compared to nearly double the salary for local American workers.

Another blow to the Indian IT industry would be another key proposal in the pending visa reforms bill, which calls to more than double salaries of H1B visa holders to $130,000 (Rs 87 lakh) in a bid to make such labour unattractive for US firms. The latest US move has spread concern among investors in IT stocks.

Shares of Infosys, one of the top sponsors for H1B visas in the US in 2016, and Wipro fell soon after. However, Nasscom, the Indian lobby group for IT firms, said similar suspension of priority visa has happened in the past too.

“They (the US) did it now, since in April the new season starts, and a new set of applications will come in,” says R Chandrasekhar, president of Nasscom. But it still raises some concern, he adds.

First, it comes in the midst of a larger atmosphere of negative sentiment about the new administration’s stance on skilled immigrant labour. Second, the suspension is for six months, instead of the usual two months. Third, the scope of the suspension is wider. Earlier, only new applications would come under its preview, but now, even extensions and transfers too would be impacted.

“This has made things a little more difficult (for Indian IT companies),” says Chandrasekhar. “However, it is not a show-stopper or a serious barrier.”

But with a president as unpredictable as Trump at the helm of affairs, the fear is that things can get more serious over time.

Also read: Indians have the most to fear in Trump's America

#Donald Trump, #Indian IT industry, #Immigration
The views and opinions expressed in this article are those of the authors and do not necessarily reflect the official policy or position of DailyO.in or the India Today Group. The writers are solely responsible for any claims arising out of the contents of this article.