Is Haji Ali ruling heralding a new kind of feminist movement in India?

The question is not whether women would want to occupy mosques, or even the tomb of the dargah, but whether the opportunity to do so exists.

For the last five years, the Haji Ali Dargah Trust had banned the entry of women into the inner sanctum of the iconic Mumbai shrine, in line with the disturbing belief that close proximity between a woman and the grave of a Muslim saint is a grievous sin, according to Islam.

The Bombay High Court overturned the ban on August 26 on the basis of a public interest litigation by Noorjehan Safia Niaz and Zakia Soman of the NGO Bharatiya Muslim Mahila Andolan.

The activists highlighted the gender-based discrimination in their petition, citing the disparate patriarchal reasons behind the trustees' decision to suddenly exclude women from accessing the tomb of Sayyed Peer Haji Ali Shah Bukhari, which seem as bizarre and infuriating as the claim that chowmein causes rape.

According to the Trust, the bodies of women pose many dangers to the tomb because they menstruate, causing the surroundings to become impure, they wear wide-necked clothes and bend forward thus showing their breasts, and overall their presence brings chaos to the shrine.

The trustees were merely issuing a corrective five years ago to a practice that should never have been in place, they stated.

The bold judgment by Justices VM Kanade and Revati Mohite-Dere is being seen as a historic victory because it appears to place constitutional rights above religious regulations. However, the arguments made in the case are more legally complex.

Women had equal rights to access the inner sanctum throughout the history of the 15th century shrine, up until 2011-12, making the task of questioning the ban more historically specific.

In the course of its defence, the Trust was not able to prove that barring women from the Haji Ali Dargah is an "essential and integral part of the religion" of Islam. Therefore, the perception that the judgment quashes religious rights in favour of fundamental rights is not accurate.

Importantly, the lawyers representing the Bharatiya Muslim Mahila Andolan were able to demonstrate that the government has control over the Haji Ali Dargah Trust since it is involved in the lease of land and appointment of trustees.

The Trust is expected to be a secular body governing non-religious activities, such as loans, education and medical facilities, and "has no power to alter or modify the mode or manner of religious practices of any individual or any group".

Therefore, the judgment sidesteps the seeming contradiction between Article 26 (freedom to manage religious affairs) on the one hand and Article 14 (equality before law), Article 15 (prohibition of discrimination on grounds of religion, race, caste, sex or place of birth) and Article 25 (freedom of conscience and free profession, practice and propagation of religion) on the other. 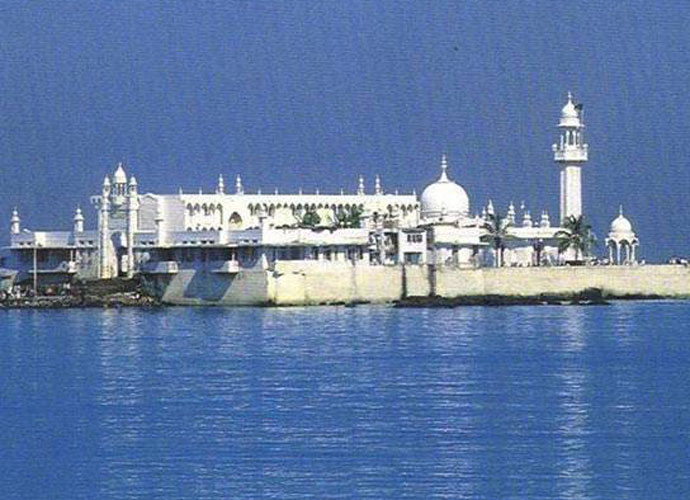 The Haji Ali verdict is being seen as part of a larger feminist struggle to reclaim places of worship.

The judgment uses the lack of Quranic evidence in favour of such gender-based discrimination, and the maintenance of an egalitarian society as per the Constitution, side by side rather than against each other.

The Haji Ali verdict is being seen as part of a larger feminist struggle to reclaim places of worship. In April, trustees of the Shani Shingnapur temple in Ahmednagar passed a decision to allow women into the inner sanctum following a Bombay High Court judgement.

Activists in Kerala are trying to bring about a similar change in the rules of the state's Sabarimala temple.

However, the legal counsel for the Bharatiya Muslim Mahila Andolan, Raju Z Moray, pointed out that the Haji Ali case was"peculiar and distinct" from the examples of Sabarimala and Shani Shingnapur because the ban on the entry of women is part of the tradition of the respective temples.

The resistance by activists like Trupti Desai to such traditional diktats, and the fearless judgment of the courts in favour of constitutional rights in the case of Shani Shingnapur is certainly an encouraging sign of reform.

Further, through its judgment on the Haji Ali Dargah case, the Bombay High Court prevented the invention of a tradition that women violate the space of the shrine with their presence.

The judgment establishes that neither does the tomb of the saint need protection from women nor do women need protection from the experience of entering the inner sanctum. It arrests the possibilities of such "traditions" appearing in other dargahs on account of the patriarchal views of individual trustees.

While the Bombay High Court judgment does correct the discrimination against women at the Haji Ali Dargah, it takes for granted the segregation of devotees. The separate lines, and entrances, for men and women were not debated in the case and were, in fact, presented in line with Quranic principles. Will the Bharatiya Muslim Mahila Andolan fight to abolish this practice?

Zakia Soman, co-founder of the NGO, has spoken about legally addressing the lack of separate spaces for women in mosques in India. Soman has pointed out the although the Quran does not prohibit women from praying in mosques, they have commonly been barred from smaller mosques and discouraged to go to larger mosques even where such spaces do exist.

Separate spaces must be constructed for women inside mosques in India, Soman demands, and the social taboo against their occupation must be challenged.

If this cause gains traction among women in the Muslim community, it would imply a greater presence of women in public places - the very thing needed to challenge the idea that women need protection.

The latter case shows the complexities of feminism in a context like India where religious rules have been selectively incorporated into the legal framework.

While it may seem paradoxical from a feminist perspective to fight for a measure that advocates the segregation of women from men, such a ruling would advance the involvement of women in community affairs.

At this point, the question is not whether women themselves would want to occupy the mosques, or even the tomb of the Haji Ali Dargah, but whether the opportunity to do so exists. As we have seen from the tragic killings of lawyers in our neighbouring Pakistan, the power of legal reform frightens those protecting the bastions of conservative traditions.

The Bombay High Court has put a stay on its verdict for six weeks to allow the Haji Ali Dargah Trust to appeal to the Supreme Court.

#Shani Shingnapur, #Feminism, #Haji Ali
The views and opinions expressed in this article are those of the authors and do not necessarily reflect the official policy or position of DailyO.in or the India Today Group. The writers are solely responsible for any claims arising out of the contents of this article.

The writer is an art critic interested in art history and curating.