The PAAS leader ended his indefinite fast despite the Gujarat government refusing to entertain any of his demands.

The BJP overcame its first hurdle to the 2019 Lok Sabha polls on Wednesday (September 12), when quota spearhead Hardik Patel ended his "indefinite" hunger strike, despite the BJP-led Gujarat government refusing to entertain any of his demands.

Hardik, who has been the party’s main tormentor in the state since August 2015, ended his fast after 19 days in Ahmedabad. On August 25, Hardik launched his hunger strike to mark the third anniversary of the mega pro-quota rally in 2015, which was led by him. His three demands were — reservation for Patidar community in government jobs and educational institutions under the OBC category, debt waiver for farmers to the tune of Rs 82,000 crore and release of his jailed aide Alpesh Kathiria who is facing sedition charge. Wednesday's development constitutes the first major victory for the BJP-led Gujarat government in its three-year struggle against Hardik, 25, who had taken up the fast in support of his demands to prepare himself for the upcoming Lok Sabha polls, which he reportedly plans to contest as a Congress-backed independent candidate. However, there is another obstacle to his goal — his conviction by a lower court in a case of violence which must be set aside by a higher court to allow him to contest.

As expected, there was much jubilation in the BJP camp as Hardik ended his fast and a clear thumbs up to Chief Minister Vijay Rupani, whose strategy to tire out Hardik through various ways using both the carrot and the stick succeeded. In a way, despite Hardik’s brave attempt, his attempt to put the BJP on the back foot on the eve of the Lok Sabha polls has ended with a whimper. As a BJP leader said: “This is a great psychological victory for us in our struggle with Hardik."

Although Hardik tried to put up a brave face as senior Patel leaders, led by Naresh Patel of Shri Khodaldham Trust, offered him a glass of juice to end his fast, the fact remains that this was the first time in three years when he had been foxed by the BJP strategy and failed to reap full political advantage from a given political situation. 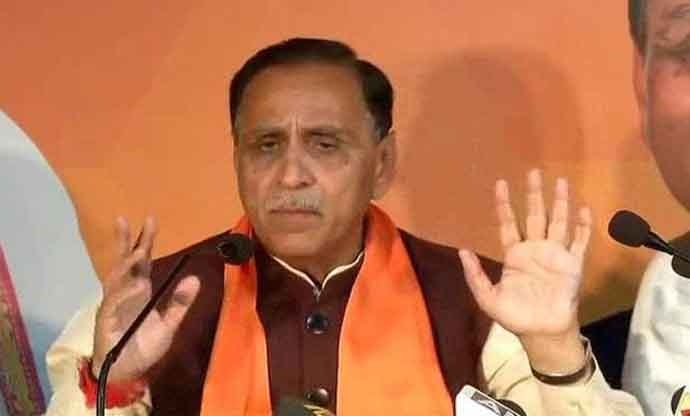 However, Hardik hogged full limelight during the nine days as political leaders opposed to the BJP and particularly, Prime Minister Narendra Modi, made a beeline to meet Hardik to show their support to him. Even rebel BJP leaders Yashwant Sinha and Shatrughan Sinha reached Ahmedabad to back Hardik.

The first 11 days of the fast was a straight battle between the BJP and Hardik. Initially, Hardik looks like winning the game and scoring some brownie points with the help of an obliging media as he tried to corner the BJP and paint it as anti-farmer, anti-Patel and dictatorial. When the state government banned the assembly of more than four persons near his fasting site to avoid a reapeat of 2015-like violence (Hardik’s supporters had been attacked by the police on that day and that had led to further violence and emergence of Hardik as a leader), in one of his tweets, Hardik asked: “Has the Constitution been changed to allow the BJP and its government the right to stop people from meeting me?"

However, the BJP deployed a more nuanced strategy — on the one hand, state BJP chief Jitu Vaghani and Power Minister Saurabh Patel dubbed him as a Congress agent, on the other hand, appeals were made to him to end his fast and not to put his life in danger. There were also whispers that reports were planted in the media hinting that Hardik's hunger strike was nothing but a gimmick and he was not really on fast.

The fact that Hardik drank water on the 11th day and again four days later after having declared his fast as an "indefinite fast unto death" till his demands were met, started to effect his image in the public eye. Thereafter, political pundits in Gujarat, including Japan Pathak, started counting days as to when he would end his fast. “The state government though cautious, played its strategy very well. Full marks to Rupani and co for what is their first clear-cut victory against Hardik," he said.

But the game is still not over and it might be too early to declare a final verdict.

Also read: Kanhaiya Kumar and Hardik Patel are back in the game. Should BJP be worried?

Post your comment
#Reservation, #Indefinite fast, #BJP, #Hardik Patel
The views and opinions expressed in this article are those of the authors and do not necessarily reflect the official policy or position of DailyO.in or the India Today Group. The writers are solely responsible for any claims arising out of the contents of this article.