Congress Pradesh Committee President in Gujarat announced his resignation from the party on Wednesday. But why his decision comes right before the Gujarat elections?

Hardik Patel, President of Gujarat Pradesh Congress Committee (GPCC), has quit the party after his long-standing differences with the Congress. In a Twitter post, Patel informed of his decision of resigning from all party positions.

His problems with the Congress was in the news for quite some time. In April 2022, he had criticised the party for being negligent towards Patidar leader and Khodaldham President Naresh Patel. He had accused the Congress for insulting the Patidar community leaders, the community which fetched them seats in Gujarat.

The disgruntled leader had also expressed his anger over not being allowed to take important decisions in the party despite being the President of the state committee.

In a long letter written to Congress Interim President Sonia Gandhi, Patel accused the party of working against the interests of the country.

WHO IS HARDIK PATEL? 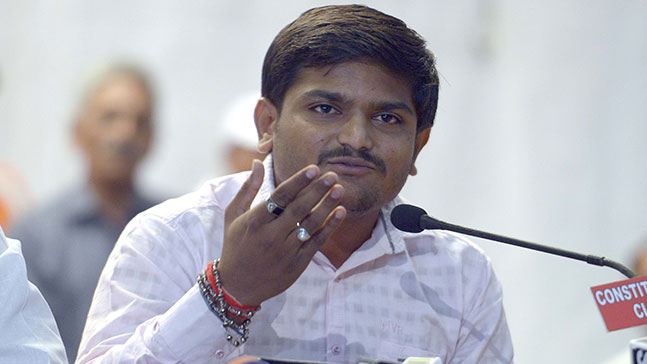 Patel, leader who hails from the Kadava Patidar community, rose to prominence in 2015 when a mass quota stir agitation was led by him against the BJP. He, on behalf of the Patidars, wanted reservations for the community in higher government jobs and positions.

Ahead of the Gujarat elections in 2017, he lend an outside support to the Congress. Though Congress couldn’t win the elections, the Patidar vote got transferred to the party.

This was a tectonic shift in the political life of Patel. He formally joined Congress in 2019 in Ahmedabad in the presence of Rahul Gandhi.

However, within three years, Hardik has quit the party for which he had vowed to work till the end.

WILL HE JOIN THE BJP?

For a long time, it is being expected that the Patel will contest the Gujarat elections, which are expected to be conducted by the end of this year. As per report from Aaj Tak, Hardik might also join the BJP before the elections.

Hardik has not spilled the beans on his future, but his jumping the boat to the BJP makes sense as his resignation letter also finds the mention of Article 370, Ram Mandir in Ayodhya, issues which the Saffron party openly endorses.

By joining the BJP, not only does he secure his seat as a legislator, but also secures huge benefits of the Patidar community, which the BJP has been trying hard to woo for sometime. 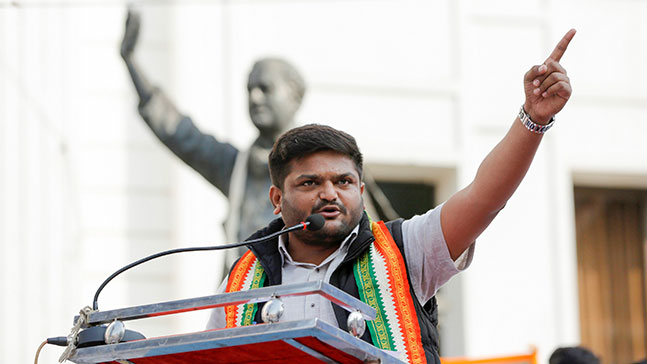 But the community doesn’t vote as one unit. The Patidar community is divided between Leuva, Kadava, Anjana and sub-caste Matiya Patel. 80% of the Patidars are the Leuva and Kadava Patels.

While the Leuva Patel section has been an ardent voter of the BJP, the Kadawa Patel, the clan to which Hardik Patel belongs, had shifted to the Congress. This was a reason why Congress got nearly 41.4% votes in 2012 Gujarat assembly elections, an elevation from 39% it got in 2012.

There are almost 70 seats in the 182 assembly seats in Gujarat where Patel votes matter a lot. This is also one of the reasons why the recent cabinet reshuffle in Gujarat state cabinet saw inclusion of 7 ministers from the Patel community.

A shift in 2017 elections brought the BJP from 115 to 99 seats. A support this time might propel the Saffron party to have a huge political dividends in the Gujarat elections.

#Hardik patel resigns, #Hardik patel and congress, #Hardikquits, #Hardikpatel
The views and opinions expressed in this article are those of the authors and do not necessarily reflect the official policy or position of DailyO.in or the India Today Group. The writers are solely responsible for any claims arising out of the contents of this article.