Sanders' remark on Hillary Clinton was not misogynistic

To invoke sexism for normal political mud-slinging is discrimination in reverse.

In the article, a trio of feminists go after the presidential aspirant from Democratic Party, Bernie Sanders over his recent war of words with his fellow Democratic nominee Hillary Clinton. The reporters, Miss Greenlee, Holman and Vansickle-Ward, argue that men calling women "ambitious" and "unqualified" is the main reason women refrain from politics in general.

There are several things wrong here.

Let’s just list them down, instead of engaging in rhetoric over gender wars while speaking about essentially a political issue.

To begin with, what Sanders said was merely that Clinton is unqualified because she took money from Wall Street, she supported the war in Iraq and the trade deals that he felt were disastrous for America.

That Clinton did all three (took money/supported war and trade deal) is a matter of records. There is no denying them. What might be up for questioning is if these facts are material, ie if they make Clinton less qualified or unqualified for presidency.

As her opponent, Sanders is likely to answer in positive to that question. That is how the game is played folks. To invoke misogyny for the normal political mud-slinging is discrimination in reverse. The writers feel while Clinton’s campaign can go after its opponent at will, the opponents need to play by a different rule book.

My understanding of timeline is that both candidates made similar remarks to start with, then both did some retractions and agreed that their opponent within the party was better than their opponents from the Republican side. After this, an opinion piece attacking Sanders of misogyny has "unilateral break in ceasefire" written all over it. 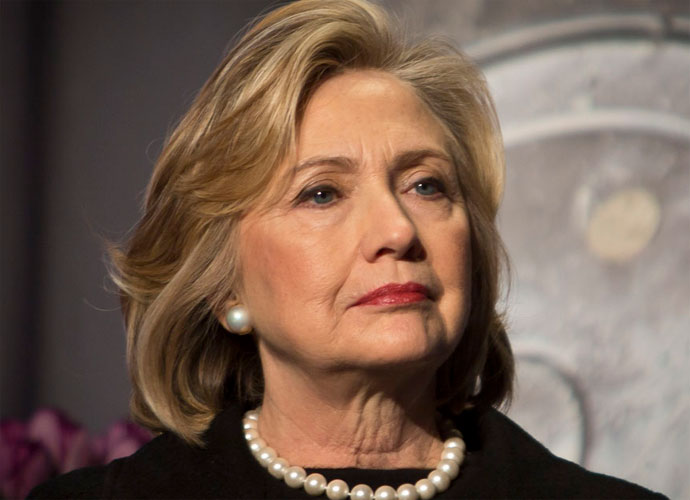 Clinton’s own stand of women’s right is inconsistent at best.

The writers argue (based on research) that the gender gap in political ambitions start at a young age and hence "these attacks on Clinton may matter more for the community organiser or school board member wondering whether she should consider an open House seat, or a college sophomore wondering whether she might run for student body president. If a woman who was a US senator and secretary of state is "unqualified" and "too ambitious," what does this say to women and girls considering a career in politics?"

This is a valid point, with just one problem. I read this piece in Washington Post, (through the blog monkeycage.com) the same publication whose cartoonist Ann Telnaes went after the five and seven year-old daughters of Republican senator and presidential hopeful Ted Cruz, portraying them as monkeys. If an attack on a senator and a secretary of state is demoralising for a young woman thinking about a career in politics, just imagine how scarring it would be for a pair of sisters to grow up and find out that even when they were five and seven, the press did not spare them.

What are the chances of the Cruz girls taking to politics with any degree of enthusiasm? For all its feminist rhetoric, the Left is especially cruel on women from other side of the ideological argument. Show me a piece written by one or all of the writers of this piece condemning Telnaes, and accusing her of discouraging young girls from entering politics and I will take their accusation of Bernie Sanders seriously. For now, this smacks of politics.

Forget the Republican women for a moment (we all know liberals world over do not consider conservatives as real human beings), how about former secretary of state Madeline Albright who said that "there is a special place in hell for women who do not support each other" thereby condemning all Sanders supporting women to hell?

I am reading the American publications fairly regularly since last July and I do not recall any backlash from the feminists over Albright’s outrageous remarks.

Also read: What Modi can learn from Bernie’s response to Hillary

There is no doubt that Clinton’s own stand of women’s right is inconsistent at best. Recently she said that "victims of sexual assault have a right to be believed." Oops, sorry presumption of innocence and burden of proof and all that patriarchal stuff! Oh, and Madam secretary of state, I think you meant "you have a right to be believed as long as my husband is not the accused."

A woman voter who sees the hypocrisy of Clinton’s stand and goes over to the Sanders corner (experience or no experience, that man’s personal life is clean enough to eat your dinner off it) is castigated to hell by the thugs in Clinton’s corner. This is infuriating. This, and not Sander’s observations about Clinton taking money from Wall Street, is more likely to discourage a young woman from politics.

Finally, a word of advice to the candidate herself: Madam, you are leading the nomination race. Your opposition party is closer to self-destructing than ever, this race is yours to lose. Don’t attack your opponents on non-existent issues, especially when your own record is dodgy in those areas.

Deep down you, too, know that Sander’s remarks have a grain of truth in them. That is why you called them "silly" and not "lies" and left the personal attack on your candidate to your minions in press.

Post your comment
#The Washington Post, #Feminism, #US Presidential Elections, #Bernie Sanders
The views and opinions expressed in this article are those of the authors and do not necessarily reflect the official policy or position of DailyO.in or the India Today Group. The writers are solely responsible for any claims arising out of the contents of this article.

The author owner of a financial advisory firm, a novelist and a marathoner.