Hurriyat arrests: Is this the beginning of the end of Pakistan proxies in Kashmir valley?

The effort must be not just to contain the situation but to work towards a new beginning – in a terror free environment.

The arrest of Farooq Ahmed Dar alias Bitta Karate, Naeem Khan, Altaf Fantoosh and four other separatist and Hurriyat leaders on charges of raising, receiving and collecting funds for terror, stone-pelting, burning down schools, damaging public property and waging war against India - is an important first step towards dismantling the terror support base in the Kashmir valley.

The National Investigative Agency (NIA) claims there is a direct link between stone-pelting and funds received from across the Line of Control (LoC), through border trade and hawala networks. India Today’s sting operation has completely exposed Pakistan’s proxies – caught on camera boasting about receiving funds from Pakistan to fuel unrest in the valley and burning schools.

The fact that the bandh called by the Hurriyat against the arrests got a lukewarm response indicates that the people in Kashmir have seen through the duplicity of the Hurriyat. 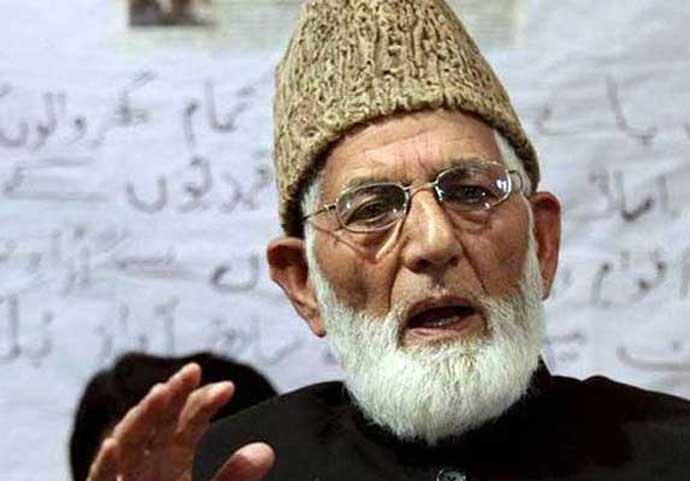 It remains to be seen if the NIA will call in the top Hurriyat leadership, comprising Syed Ali Shah Geelani.

“The NIA had registered the instant case on May 30, 2017 against the separatist and secessionist leaders, including the members, cadre of the Hurriyat Conference, who have been acting in connivance with active militants (terrorists) of proscribed terrorist organisations [such as] Hizbul-Mujahideen, Dukhtaran-e-Millat, Lashkar-e-Taiba and other terrorist organisations/associations and gangs for raising, receiving and collecting funds through various means, including hawala [networks] for funding separatist and terrorist activities in J&K and for causing disruption in Kashmir valley by way of pelting stones on security forces, burning schools, damaging public property and waging war against India,” says the NIA statement.

The NIA had also conducted search operations on suspects in Jammu and Kashmir, Delhi and Haryana and had recovered incriminating documents (including LeT and Hizbul Mujahideen letterheads), cash and other valuables worth crores. The arrested separatists have a lot of explaining to do.

But this is only the first step. It remains to be seen if the NIA will call in the top Hurriyat leadership, comprising Syed Ali Shah Geelani and Mirwaiz Umar Farooq, for questioning. For far too long have the separatists parroted Pakistan’s line on Kashmir. The Mirwaiz, according to police sources, may have some explaining to do around the circumstances of the lynching to death of DySP Mohammed Ayub Pandith during Ramzan outside the Jamia mosque in Srinagar.

In the past, Hurriyat leaders and Dukhtaran-e-Millat’s Asiya Andarabi have addressed Lashkar-e-Taiba rallies in Pakistan-occupied Kashmir on telephone. They have routinely spewed venom against India. Why is the government soft on them? The impression has been that the government, under pressure, cracks down on the Hurriyat only to contain them.

The moment they fall in line, the government steps back. Hurriyat leaders also claim they are used by the government to control any situation from going out of hand. Pakistan considers the Hurriyat to be representatives of the people of Kashmir. This is because the leaders further Pakistan’s agenda.

India Today has exposed how Hurriyat leaders have been arranging funds and safe mobile phones for LeT and Hizbul Mujahideen terrorists. There are reports under investigation that the separatists have also arranged safe houses for the terrorists.

The fact that Kashmir was peaceful even after the arrest of the Hurriyat leaders is an indication that to the common man and woman on the streets, these separatists do not matter. Jammu and Kashmir DGP SP Vaid confirmed the impact of the Hurriyat bandh was near negligible. It was business almost as usual across Kashmir.

When the writ of the government prevails, separatists and terrorists retreat. The government has to ensure there is no vacuum in governance. Pakistan’s proxies move in only when the state fails to deliver. This time the state and the central agencies must probe the role of Hurriyat leaders in fomenting trouble in the Kashmir valley in the right earnest.

The guilty must be brought to book, without fear or favour. The effort must be not just to contain the situation but to work towards a new beginning – in a terror-free environment.

With terror funding and hawala operations being probed, Hurriyat leaders being arrested and the noose tightening around paid stone-pelting gangs, is this the beginning of the end of Pakistan’s proxies in India? Hopefully!

Also read: Is the media distorting the reality in Kashmir?

Post your comment
#Kashmir, #Pakistan, #Hurriyat
The views and opinions expressed in this article are those of the authors and do not necessarily reflect the official policy or position of DailyO.in or the India Today Group. The writers are solely responsible for any claims arising out of the contents of this article.