Why Mehbooba's government must dial Hurriyat

Appeals from the separatist conference have often bailed out the state in tough and challenging situations.

When late Mufti Mohammad Sayeed took over as chief minister of Jammu and Kashmir for the second time in March 2015 he famously said something which caused deep anxiety among various circles in New Delhi, and gave sleepless nights to the proverbial "more loyal than the king" (hyper-nationalists) anchors of some popular Indian television news channels.

Some of them were shocked. Others could not believe what their ears heard Mufti Sayeed saying that. But what Mufti Sayeed said on record was the ground reality.

Addressing his first press conference in Jammu after the swearing-in-ceremony in his second stint as chief minister, Mufti Sayeed thanked “Pakistan, militants and the All Parties Hurriyat Conference (APHC)” for “smooth and peaceful conduct of the assembly elections (2014)”.

That said, it was an acknowledgment of the fact that the Hurriyat is a player, one of the major stakeholders in relation to the larger Kashmir question, and an alliance which wields tremendous influence on Kashmir’s turf.

After hectic parleys between the Peoples Democratic Party (PDP) and the Bharatiya Janata Party (BJP), this acknowledgment got registered and became visible in the coalition government’s “Agenda of Alliance”, which a senior cabinet minister often refers to as a “sacred document”.

The government document mentioned in unambiguous language that genuine attempts would be made vis-à-vis reconciliation with Pakistan and engaging the Hurriyat in talks.

Time passed by. The conflict managers and freelance fire-fighters in New Delhi thought the government is formed, everything is back on rails, why care about the Hurriyat now?

The PDP-BJP coalition was blinded by electoral power. Therefore, its advisors thought there was no need to engage the Hurriyat in any meaningful dialogue. There was no forward movement. 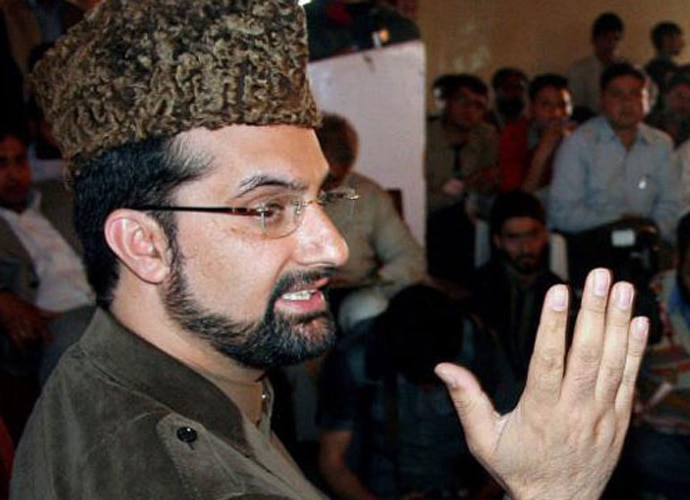 The Hurriyat was told it will have to prove its representative character through polls. (Photo: PTI)

As a result, unprecedented curbs were imposed on the movement and activities of the Hurriyat leaders.

Yet, Kashmir moved on.

Political analysts and commentators kept writing about the urgent need to invite the Hurriyat and JKLF for talks. They kept articulating that the absence of any fruitful and serious political engagement and choking democratic spaces for dissent could have far-reaching consequences.

But nobody in the government seemed to care.

The PDP leaders and their managers kept selling fake symbols of peace and normalcy to the people. Their arrogance of power had blinded them to reasoning and the ground reality. Neither the state government nor New Delhi appeared in a mood to politically engage the Hurriyat.

The Hurriyat leaders were told that they will have to first prove their representative character through electoral exercise. The earlier recognition of the Hurriyat as a stakeholder was brushed under the carpet of arrogance.

Electoral representatives are meant to address routine governance and administrative issues while public representatives like the Hurriyat and the JKLF are hugely important as far as the larger political aspirations of the majority community in the Kashmir Valley, Pir Panjal and Chenab are concerned.

But then there are “Burhan moments” when things go back to square one. Fake symbols of peace vanish into thin air and the ground reality takes centre stage.

Following the death of Burhan Wani, the poster boy of Kashmir’s new wave of militancy, spontaneous pro-Azaadi, pro-Burhan and anti-India protest demonstrations rocked every nook and cranny of Kashmir. The government was caught with its pants down. Its intelligence officers and self-proclaimed "Mukhbir-a-Azam" had no clue about the scale and intensity of pan-Kashmir protests. "Six-police stations tehreek" theorists went into hiding yet again.

The massive participation of common people in Burhan’s funeral prayers took the entire security grid by surprise. According to a senior police officer, about 100,000 people participated in Burhan’s funeral. Newspaper reports said the number of people who had gathered at Tral’s Eidgah grounds to catch the last glimpse of Burhan was more than 2,00,000 while the eyewitnesses and local residents of Tral, the hometown of Burhan Wani, say the figure was much higher.

It is during such occasions the clueless and arrogant state government appreciates the fact that arrogance is no panacea.

The security forces and intelligence officers look confused. The law and order situation has become a huge challenge, and in such a situation, the conflict managers and freelance fire-fighters of Delhi are reborn to realise the street power of the Hurriyat and the JKLF.

That’s why the PDP-BJP government’s chief spokesperson Naeem Akhtar in his hurriedly called press conference in Srinagar sought the Hurriyat’s help in “restoring calm and peace” in Kashmir.

Akhtar told reporters that the government requests all shades of political forces including National Conference, Congress, CPI (M), or “those people who are not in the mainstream, those who are really concerned as much we are concerned which includes leaders from the Hurriyat” to help restore normalcy in Jammu and Kashmir.

Chief minister Mehbooba Mufti has also appealed to the Hurriyat to play a role in restoring peace to Kashmir's streets. This is significant, because Mehbooba heads a PDP-BJP coalition government. Which means that BJP is also seeking Hurriyat's help.

That way, this is yet again an acknowledgement of the power of the Hurriyat as one of the major stakeholders in Jammu and Kashmir’s politics. Successive governments in Delhi and Jammu and Kashmir have often ignored the Hurriyat when the picture is rosy and appreciates the role of the pro-Azadi alliance when the government is caught on the wrong foot. Even during the massive anti-India protest campaign in 2010 it was veteran resistance leader Syed Ali Geelani who made a fervent appeal to the youth to maintain calm. Otherwise, normal life in Kashmir was thrown out of gear for about three months.

Appeals from the Hurriyat leaders have often bailed out the state governments in tough and challenging situations, but their role is ignored in temporary phases of "peace" and "normalcy".

This time around, the Srinagar-based cleric and chairman of a faction of the APHC Mirwaiz Umar Farooq has taken a strong position.

“What do they (the government) want us to do? They label us as a threat to peace and cage, confine and gag us. We are not even allowed to offer Eid prayers! So how can we be of any help?," Mirwaiz told PTI.

“All along the Hurriyat Conference has maintained that the Kashmir issue is a political issue with regard to the political dispensation of the people of the state. It has to be resolved politically. It's time for New Delhi to give up its hard and aggressive posturing on Kashmir and address the ground realities on its merit,” Mirwaiz added.

Geelani has appealed for peaceful protests.

If the government is indeed interested in restoring peace in Kashmir it should immediately order an impartial probe into the civilian deaths; the toll has reached 30 in less than a week, punish the guilty soldiers after the probe, and involve the Hurriyat Conference in a meaningful dialogue.

#PDP, #Burhan Wani, #Hurriyat
The views and opinions expressed in this article are those of the authors and do not necessarily reflect the official policy or position of DailyO.in or the India Today Group. The writers are solely responsible for any claims arising out of the contents of this article.