Why I am a Harappan Indian, not a Vedic patriot: Here’s what's so wrong with the Vedic brand of patriotism

Patriotism cannot be found in humiliating our own people’s diverse productivity, and promoting a culture of consumption by some, toiling by others, who get only abuse in return.

To use a quote for August 15, 2019, special issue of India Today, the editorial desk asked me to write a 200-word statement on ‘What patriotism means to me?’

I wrote the following statement — which slightly exceeded their word limit.

“Patriotism to me means respecting the productive masses of my nation along with their food, social and economic cultures. My nation’s development began with building up of Harappan civilisation, not with writing of Rigveda. I am descendent of Harappans, not Aryans. The Harappans domesticated our early animals — sheep, goats, buffaloes, cows, donkeys, dogs and so on — and built the village economy with meat, milk, and fish. They gradually advanced their tools of production, house construction — including baked brick, wood crafting, making bronze bars and so on. Thus, they laid the groundwork for our urban civilisation. 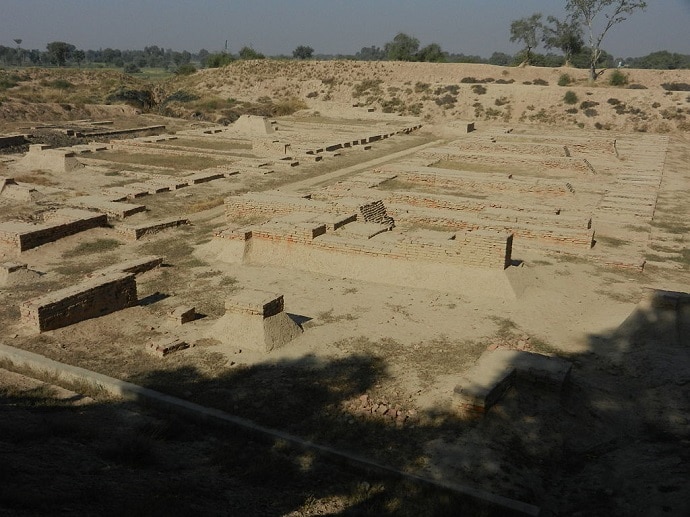 Utterly in order: The ruins of Harappa's granary shows the level of production in the ancient civilisation. (Photo: Wikimedia Commons)

Their framework exists in a slightly advanced form in Indian villages and urban centres even today. Somewhere along the lines came the anti-national purity and pollution theories that propagated that God created all Indians unequal. Harappans like Abrahamic people were believers in one God and dignity of labour. They believed that God created all Indians equal and they never believed in the theory that production is pollution. They believed, as our villagers believe today, that food comes out of mud and a baby comes out of mother’s amniotic fluids. They are all part of the divine.

Hence, for a patriot, neither a mother’s menstrual blood, nor a Dalit's leatherwork is impure or untouchable. All humanly useful tasks are spiritually and socially sacred.

Cattle rearing, using their labour, meat and milk for human survival and advancement is part of the divine design. There is no animal-worshipping in patriotism. All those who oppose this design of God are not only anti-national but anti-human.

All descendants of Harappa will oppose all such practices and theories as real patriots of India”.

The above statement shows that there is a conflict between the Harappan and Vedic brand of patriotism. The Harappan civilisation points to the culture of building cities in around 3000 BC, apart from villages. We must also remember that a city cannot be built without building a village.

The Vedic civilisation, on the contrary, points to the culture of war and violence around 1,500 BC, where cities and villages were made out of existence. The much advanced Harappan civilisation was reduced to a pastoral economy in the Vedic period. Meanwhile, the latter’s pastoral living does not show any signs of agrarian production. 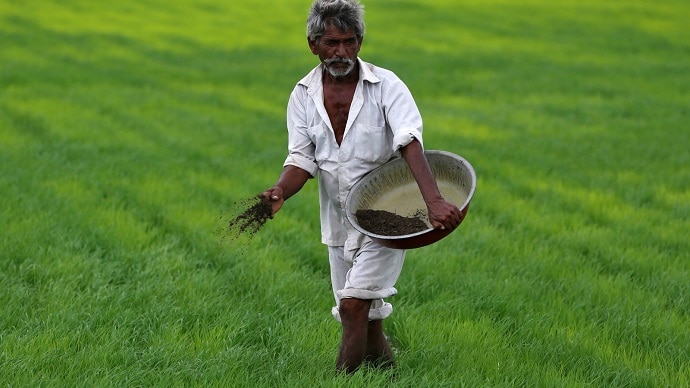 Vedic society was divided into four categories — Shudras, Vaishyas, Kshatriyas and Brahmins. Except for Shudras, who were treated as slaves and were a source of labour, the remaining forces did not participate in production. In this period, since the knowledge of agrarian production was forced out of existence, only cattle wealth remained the staple food.

Gradually, many war heroes of the Rigvedic period were converted into idol gods. Animal sacrifice to the idol gods, which never existed in Harappan civilisation, became a norm. More castes were created by dividing the Shudras into sub-castes, so that they did not unite to fight for equality.

During the same time, the Biblical people were being freed from slavery and God was instilling serious work culture among the slaves. Slave masters were condemned as unethical barbarians by God — the good shepherd and his flock. The Israelite culture spread across the globe whereas the Vedic culture remained festering within the boundaries of India.

In Vedic civilisation, the enslavement of producers and condemnation of production became the norm or Dharma.

This was the most tragic part of Indian evolution of Brahminism.

However, on the other hand, the Shudras, in spite of their oppressive conditions, continued Harappan cultural heritage in the field of production even as most of them were enslaved and made culturally ineffective. 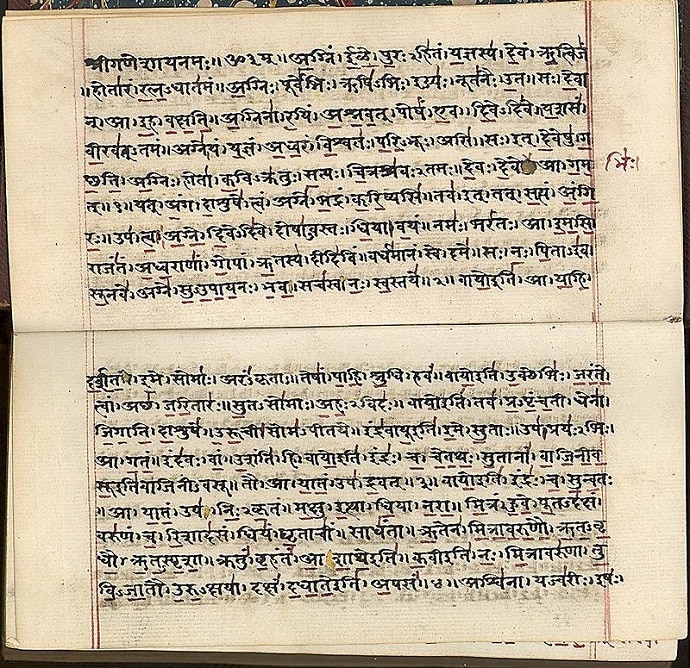 It's just one story: Much of Indian history is told only through Brahmins as Shudras weren't allowed literary pursuits. (Photo: Wikimedia Commons)

Since only the Brahmins had access to writing, Vedic civilisation got projected as the one true Indian civilisation.

But how does society exist without respect for human labour and without a proper record of production science and technology? Globally, we became the weakest and it is no surprise that we could be conquered by any invader in the later years.

Patriotism is not humiliating our own people’s production culture and promoting only the culture of consumption without soiling one’s hands.

The massive written cultural campaign through the Vedas, Upanishads, the Ramayan and Mahabharat paints war heroes, saints, sadhus and sanyasis as the worthiest humans — but looks down on food producers, cattle herders, fishing folk, pot makers, brick makers, carpenters and tillers of the soil. Even in the field of war, the Vedists have not produced an Alexander the Great or Julius Caesar. They have only produced local mythological heroes.

The only positive boost for human civilisation after the destruction of the Harappan way of life was the emergence of Gautam Buddha as a normative prophetic historical figure. But the Vedists did not appreciate him, because Buddha was against caste division, and supported dignity of labour and production. His positive humanism spread in the far eastern countries and survives even today.

Harappans were united as one since they all were sharing food production responsibilities in the fields. This oneness was broken down after Vedic culture ushered in with the negative idea that while some would live without doing physical work, others would carry out physical production — and yet be treated as 'mlecchas'. Some to labour, some to luxuriate: This culture was brought by Vedic notions, not the Harappan way of life. (Photo: Reuters)

Today, as we celebrate our 72nd Independence Day, the Vedists are in power, armed with their contempt for human equality in the name of nationalism and patriotism. This has to be re-examined in the light of new discoveries of our ancient civilisations because archaeological studies have pointed out that Vedism has no scientific roots at all.

War and violence cannot be equated with basic production science. Our modern production science has its roots in Harappan and not Aryan civilisation. The latter does not have much to offer in the domain of production, science and technology even to present-day Indians.

This is why my patriotism is rooted in the Harappan civilisation, culture and ethics that gives me the life of hope and equality in all walks of life.

Also read: Dear Indian intellectuals, we are not fools: Faux regional language-lovers closed the poor's access to English for years

#Caste system, #Vedic culture, #Aryan invasion theory, #Harappan civilisation
The views and opinions expressed in this article are those of the authors and do not necessarily reflect the official policy or position of DailyO.in or the India Today Group. The writers are solely responsible for any claims arising out of the contents of this article.