How to make India's climate commitments a reality

De-coupling and de-normalising of nations' fossil fuel habit is the most obvious way forward.

A lot has happened, both good and bad, nationally and internationally, in the field of climate change and climate action since the Paris Climate Accord was negotiated in December 2015.

While the biggest win was the Climate Agreement coming into force in time for the 2016 climate summit at Marrakech, Morocco, the uncertainty regarding America's continued participation in the treaty as well as global temperatures already warming over 1 degree of the 1.5 degree, and carbon dioxide levels crossing 400ppm, increases that can tip us over to fast-tracked long-term anthropogenic and ecological change are most worrying.

Intended Nationally Determined Contributions for reducing greenhouse gas emissions (INDCs) are the foundation of the climate treaty and climate action. India's three-pronged INDC commitment includes: (1)175Gw of renewable energy installation; (2) reducing its emission intensity by 33-35 per cent of its 2005 levels by 2030; (3) afforestation to sink 2.5 to 3 gigatonnes to carbon. 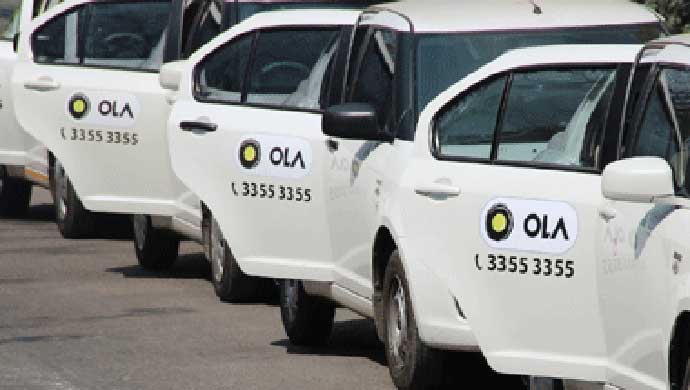 In the Indian context, national cab aggregator Ola plans to have a fleet of electric cabs by 2018. Photo: PTI

The UN Energy Forum was held on May 11-12, 2017 in Vienna to highlight the 7th Sustainable Development Goal (SDG7): "Ensure access to affordable, reliable, sustainable and modern energy for all."

As India focuses on building up 175 GW of renewable installations, minister of state with independent charge for power, coal, new and renewable energy and mines Piyush Goyal renewed the country's commitment to climate goals.

This is encouraging in view of the uncertainty regarding the United States' commitment as well as the recent reports that India's planned 370 thermal power pants alone can shatter the carbon budget.

With respect to India's commitment to renewables, this is the climate action that India and most developing nations are making great strides in.

Commissioning renewable energy projects is a commitment India has easily adopted — one it is on track to meet and exceed.

For example, the world's largest and third-largest solar power parks are in India: Kurnool Ultra Mega Solar Park (by Azure Power in Andhra Pradesh with a 900MW capacity spread over 24 square kilometres scheduled to open in June 2017) and Kamuthi Solar Power Project (in Tamil Nadu, with a generating capacity of 648 MW, commissioned by Adani Power was inaugurated last September and is spread over 10 square kilometres).

Yet, with renewables, an incentivised mass adoption approach, with grid-connected or off-grid systems countering the power deficit while staying off the massively coal-powered grid electricity, rather than having massive renewable plants that are not supplying the grid due to state owned energy transmission companies' red tape and bankruptcy, could lead to a bigger pro-climate victory.

With India's demography and power deficit, mass adoption of renewables rather than massive projects would be most effective, especially as energy security and access arekey to development and poverty elimination.

De-coupling and de-normalising of nations' fossil fuel habit is the most obvious way forward.

This will deal with both the pollution problem and the emission commitments. Commissioning renewable energy projects is a commitment India has easily adopted and on track to meet and exceed. Photo: PTI

Cities especially have the power to win or lose the war against climate change. Sustainable cities are as vital if not more so than smart cities. The carbon tax and carbon dividend models sound like eco-friendly policy directions.

In the Indian context, national cab aggregator Ola plans to have a fleet of electric cabs by 2018 and the government plans to ensure all cars are electric by 2030.

Energy efficiency and our malls, IT parks and office megacomplexes transforming into smart buildings could help curb emission intensity. Electric bus and cab fleet for big companies would be a huge step forward.

India is an automobiles hub

Perhaps by getting ahead of the curb and becoming an electric automobiles hub, India could ensure jobs and avert climate change. Sadly, a lot of India's exports are petroleum products and processed crude.

So beyond kicking the fossil fuel habit nationally, a change in the profile of our exports would help with global carbon budgets.

Similarly, India's reliance on thermal power stations as the mainstay of the power grid, especially in a drought-hit and carbon-constrained reality is rather inefficient and inimical to climate commitments.

According to Climate Action Tracker, India's emissions will increase by 90 per cent by 2030 and just India's currently proposed coal plant building plans will decimate the carbon budget and the put the global warming well above a 1.5 degrees increase.

Finally, India's INDC regarding afforestation is another path to synchronising the economy and the environment.

Both soil and forest management have the power to reverse climate change as trees and healthy soil are very efficient carbon sinks.

Many individuals and citizens collectives have successfully created mini-forests, including Jadhav "Molai" Payeng in Assam, Shubhendu Sharma of Afforestt, Piyush Sethia, Environmentalist Foundation of India, and Eco-Tree in Tamil Nadu, and the Chordias of Maharashtra. With incentives, this could be a great entrepreneurial incubator.

Most parts of India are facing a crippling drought. Freak weather is a regular international reality. Climate change and global warming are accelerating in apocalyptic proportions.

Needless to say, responsible climate action by world powers is essential. With India's ambitious global power aspirations, its leadership toward a low-carbon future could be a powerful engine and roadmap for global leadership.

Also read: All that India needs to build incredible cities of the future

Post your comment
#Indc, #Global warming, #Climate change
The views and opinions expressed in this article are those of the authors and do not necessarily reflect the official policy or position of DailyO.in or the India Today Group. The writers are solely responsible for any claims arising out of the contents of this article.