Why it's wrong to compare Indian Army with Israel's

The foundations of the two countries were laid down under different principles.

Ever since the comparison between Indian and Israeli military forces by Prime Minister Narendra Modi at a public function in Himachal Pradesh in October 2016, following the "surgical strikes" by the Indian Army across the border to destroy terrorist launchpads in Pakistani territory, there has been a plethora of talk on emulation by India of Israeli strategic culture and "fighting" spirit.

The comparison, however, seems erroneous due to a variety of factors, including huge difference in civil-military relations prevailing in India and Israel.

The democratic model of civil-military relations requires the armed forces to accept the legitimacy of the democratically-elected government, comply with guidance from civilian leadership, and narrowly apply soldierly skills to conflict management and resolution.

The military’s obedience in democracies includes respect for democratic processes, whatever the outcome. This demands legal and professional loyalty, not to a particular political ideology or political party but to the Constitution.

Both India and Israel are democratic nations. The contrasting difference between them is that the foundations of the two countries were laid down under different principles.

The creation of the state of Israel was made possible by the use of armed force. The maintenance of the Jewish state amid hostile neighbours continues to be sustained by a technologically superior military supported by the covert existence of nuclear deterrent capability.

Even before the proclamation of the state in 1948, many prominent Jewish leaders firmly held the view that military power was the key factor in their statehood. It is still Israel’s only guardian.

In contrast to Israel, the moral force of India’s founding fathers, among several other factors, contributed immensely to the independence of the nation.

The Nazi-inspired Holocaust, which stands as one of the largest mass annihilation of humans in modern history, has left deep scars upon the state of Israel, strengthening the resolve of the Israeli fighting force. The need for security has thus become a fundamental component of Israel’s DNA. 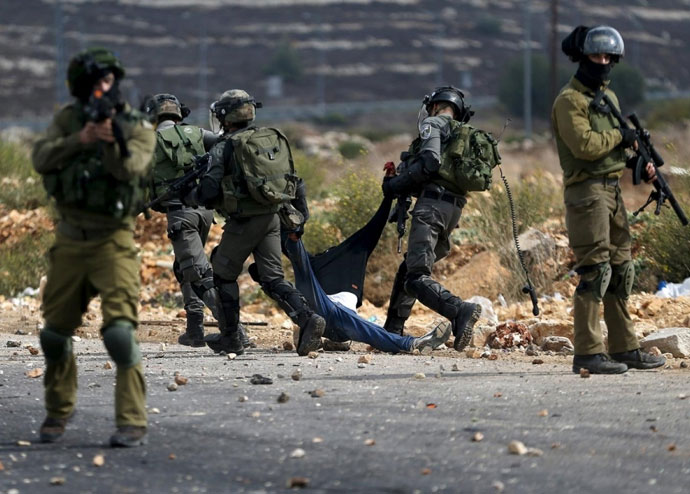 Indians do not suffer from a deep-seated sense of besiegement and insecurity, both psychological as well as historical, as they have never been subjected to a Holocaust-like extermination. This factor has greatly affected India’s civil-military relationship.

Israel is a typical example of a "nation-in-arms", whose highly militarised culture permeates society and indoctrinates its armed forces. The very foundation of the concept of "nation-in-arms" or "citizens' army" is rooted in almost universal conscription policy which was implemented due to Israel’s early quantitative inferiority relative to its Arab neighbours.

This policy continues to foster a strong bond between society and the military in Israel. While undergoing compulsory military service, the shared experiences of Israeli men and women become part of the fabric of Israeli national identity.

Even after becoming civilians, the Israelis continue to remain "soldiers on 11 months’ annual leave", as remarked by Israel’s second Chief of Staff, Yigael Yadin.

Because of the dominance of the military establishment in Israel, the distinction between civilian and military leaders is hard to determine.

Military leaders, both retired and serving, continue to exert substantial influence on several aspects of the politics, society, economy and culture of Israel. Upon the conclusion of their military career, military leaders often seek second careers in the civilian sector.

The preponderance of Israel’s security establishment has often made it easier for top generals and spymasters to challenge the policies of some prime ministers.

On the other hand, India’s civil-military framework is heavily tilted in favour of the civilian leadership. The military is invariably discouraged from participating in political process and is largely isolated from the civil society.

There is a near complete domination of the security processes and key positions in the national security apparatus by India’s civilian bureaucracy. The military leadership usually follows the "golden rule" of not communicating to the media and the public its differences of opinion with the political leadership.

The contours of civil-military interface in independent India were formed during the tenure of the first Prime Minister, Jawaharlal Nehru, when his controversial defence minister, VK Krishna Menon, set in motion a number of organisational changes that were vehemently opposed by the armed forces.

The manner in which India’s political leadership handled the operational planning before and after the disastrous 1962 War with China, it left nobody in doubt that purely operational matters must be left to the military’s discretion.

Since then, a tradition seems to have been established where broad operational directives are laid down by the political leadership, and the actual planning of operations is left to the military leadership.

Thus, for example, the military has continued to exercise its veto on operational issues such as withdrawal from the Siachen glacier and revoking the AFSPA.

Retired military leaders in India have been appointed as ambassadors and governors of states. But unlike Israel, they have rarely entered active politics. Whenever they have, no significant role has been played by them. Former Army chief General VK Singh is a Minister of State in the Narendra Modi government, but not of the ministry of defence.

Those advocating an enhanced role for the military strongly criticise India’s dysfunctional civil-military relations and lack of initiative in reforming defence acquisition processes.

They argue that though Indian democracy has been successful in maintaining a system of strong civilian control over the military, it has also adversely affected the quality of India’s strategic decision-making and power projection.

There is no doubt that only a handful of nations face the kind of security challenges that confront both India and Israel, but their response trajectories have moved in contrasting directions.

The assertiveness with which Israel tackles its security threats, perceived or real, is in total contrast to India’s tradition of "strategic restraint". The use of force and the aggressive military strategy of Israel have not been able to assuage the feeling of insecurity among Israeli citizens.

The founding figures of Israel, particularly Ben-Gurion and Golda Meir, had neither much sympathy with the Palestinians nor much faith in the possibility of peaceful coexistence with them. Contrast this with the Gandhian approach.

Most of Israeli military’s intellectual vigour seems concentrated on technological, tactical and logistical issues that give solutions to specific problems, at the expense of a comprehensive inquiry into the nature of their conflict with Palestinians.

Irregular or asymmetrical warfare goes beyond military matters and even beyond the national security system. It is hazardous to reduce it to military-level alone.

There is a limit to the extent the military can be used to solve political problems. The one country with which Israel has made peace is Egypt and that was done through political compromise.

It is often argued that the cost of unprecedented civilian control of the military in India has resulted in military inefficiency because India has failed to strike the optimum balance between control and competence. However, striking a balance in civil-military relations is easier said than done.

It seems unlikely that Modi’s public admiration of the Israeli army would herald a turning point in India’s strategic orientation, turning the civil-military balance in favour of the military.

Without abandoning the Nehruvian legacy of civilian supremacy, Modi is attempting to accord a respectable position to the military in matters of national security.

Also read: Can Modi dispel the hypocrisy in India-Israel ties?

#Indian Army, #India-Israel ties
The views and opinions expressed in this article are those of the authors and do not necessarily reflect the official policy or position of DailyO.in or the India Today Group. The writers are solely responsible for any claims arising out of the contents of this article.