Under this agreement, New Delhi is legally committed to unilateral moratorium on nuclear testing to Tokyo.

India struggles to survive for a week now after Prime Minister Narendra Modi's snap decision to withdraw large denomination notes. The raging debate over this demonetisation has pushed out several other extremely critical issues out of the stoplight, particularly Modi's visit to Tokyo, where he signed a landmark civil nuclear energy agreement with Japan on November 11 that was six years in the making. The agreement is supposed to pave the way for Japan to supply nuclear reactors, fuel and technology to India for civilian use.

In spite of strong opposition from the anti-nuclear activists, Japanese government went ahead with the agreement partly to provide lifeline to its sinking nuclear power industry, which has taken a serous hit by the Fukushima accident in 2011.

The sharp decline in the price of the fossil fuel has also brought a serious rethinking globally over building of new nuclear power plants. Going against the international trend, India has a grand plan to build 55 reactors. It is another matter to find the sites for these reactors after Kudankulam experience.

Japan, the only country in the world to experience the fury of the atomic bombs during World War II, has a strong domestic anti-nuclear constituency. So, Narendra Modi's friend Shinzo Abe was caught in a bind over the signing of this civil nuclear energy agreement for the first time with a country like India, which is a non-signatory to the Treaty on the Non-Proliferation of Nuclear Weapons, commonly known as the Non-Proliferation Treaty (NPT).

To Japanese negotiators, India's signing of similar deals with the United States, Canada, France and Australia was not good enough.

So, Narendra Modi going against the long established nuclear policy of India gave in to the Japanese demand to link nuclear testing with the termination of civilian nuclear agreement.

India provided a separate "note on views and understanding" for this to Japan immediately after signing the agreement. In the past, India had not accepted the demands from other countries with which it had signed agreements before of having any direct reference to nuclear tests as the reason for terminating the agreement. 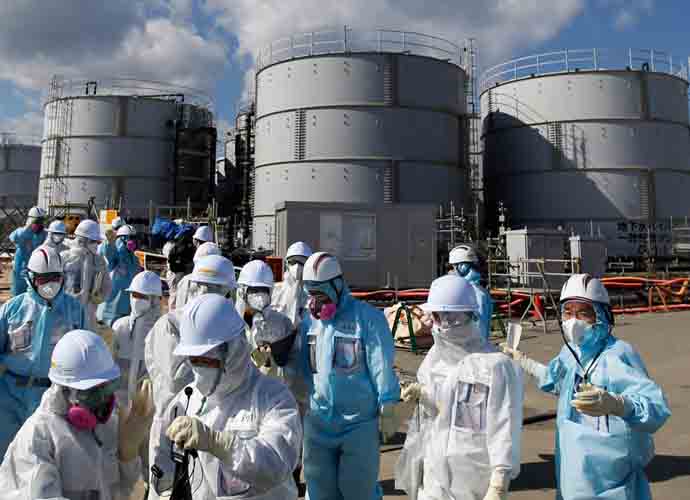 This unusual exception to Japan raises a series of challenges for India's long-established nuclear policy. India is not anymore voluntarily but legally committed to unilateral moratorium on nuclear testing.

Moreover, many other countries, those who have signed civil nuclear agreements with India before will come under pressure from their own domestic constituencies to renegotiate past nuclear agreements to link them to nuclear testing.

However, Modi's official delegation after returning back to India in order to cover up their capitulation argues that the additional note has no legal binding. Japanese officials have come out clearly against India's assertion about the legality of the additional note and confirmed that if moratorium in nuclear test is violated, the agreement will be terminated.

Furthermore, a day before the agreement with Japan, Modi's motormouth defence minister Manohar Parrikar had publicly questioned India's No First Use (NFU) policy on nuclear weapons.

India's NFU policy is the moral cover of its nuclear doctrine, which means that India commits itself to be not the first one to use nuclear weapons against its adversary in an armed conflict.

Ministry of defence was forced to issue a statement to explain this highly irresponsible remark of its minister, "What defence minister Parrikar said was his personal opinion and not official position."

However, it is not that simple for the rest of the world to ignore the opinion of India's defense minister, whether it was officially official or not.

If Modi government decides to rescind from India's commitment to NFU policy, as the BJP had hinted in its 2014 election manifesto, will also provide the reason for Japan to withdraw from the civil nuclear agreement. As per the additional note, this policy change can be interpreted by Japan as a "serious departure from the prevailing situation".

Japanese Parliament Diet has to ratify this civil nuclear agreement and India's shifting position has brought serious doubts over its possibility. Whether Japanese Diet ratifies the agreement or not, India's flip-flop over its commitment to moratorium to nuclear test and NFU policy shows the reckless nature of Modi regime's approach to India's long-standing nuclear doctrine.

India's nuclear doctrine is the most critical component of security and stability in the subcontinent. It is generally considered to be moderate in ambition and dependable on execution, while maintaining a deliberate strategic ambiguity. At the same time, it is not a signatory to the nuclear Non Proliferation Treaty (NPT).

Any sign of tampering the nuclear policy of the country can be not only a cause for concern for the region but also for the world. The unnecessary controversy caused over the civil nuclear energy agreement and the additional note with Japan due to Narendra Modi's diplomatic naivety has again refocused global attention on India's refusal to sign the NPT.

China has been using this NPT issue to keep India out of being the part of the prestigious Nuclear Supply Group (NSG). Japan and India have signed the civil nuclear deal as the two Asian allies aim to strengthen economic and security ties to counter China.

However, the raging controversy caused due to Modi's diplomatic harakiri over the legality of the additional note between Japan and India will strengthen China's position instead to censure India on NPT issue and continue to block its entry to NSG.

Also read - As Modi heads to Tokyo, is India-Japan nuclear deal in the offing?

#Nuclear deal, #Shinzo Abe, #India-Japan Ties
The views and opinions expressed in this article are those of the authors and do not necessarily reflect the official policy or position of DailyO.in or the India Today Group. The writers are solely responsible for any claims arising out of the contents of this article.