Indian-Pakistani bhai-bhai? No. There are deep cracks in the South Asian diaspora abroad too

Ties between Indian and Pakistani diaspora abroad stood the test of time. But following Pakistan's support to terrorism, hurting both India and the West, this relationship is showing deep cracks.

Sir Syed Ahmed Khan, founder of the Muhammadan Anglo Oriental College, which later re-incarnated itself as the Aligarh Muslim University, was in Meerut at the invitation of local Muslims. At a very well attended meeting with the audience count apparently ranging to ‘no less than seven or eight hundred’, Sir Syed gave this rousing speech on politics where, among other things, he said the following:

"Now, suppose that all English, and the whole English army, were to leave India, taking with them all their cannon and their splendid weapons and everything, then who would be the rulers of India? Is it possible that under these circumstances two nations — the Mahomedans and the Hindus — could sit on the same throne and remain equal in power? Most certainly not. It is necessary that one of them should conquer the other and thrust it down. To hope that both could remain equal is to desire the impossible and inconceivable".

Sir Syed was a member of the upper-class Muslim nobility of India. He was a man of repute, both within and outside the Muslim community. Many consider him the ‘intellectual pioneer’ of Muslim nationalism, the foundational ideology that gave rise to the ‘two nation’ theory. This resulted in the Partition of India where Muslim majority regions were carved out into a new nation of the Islamic Republic of Pakistan. 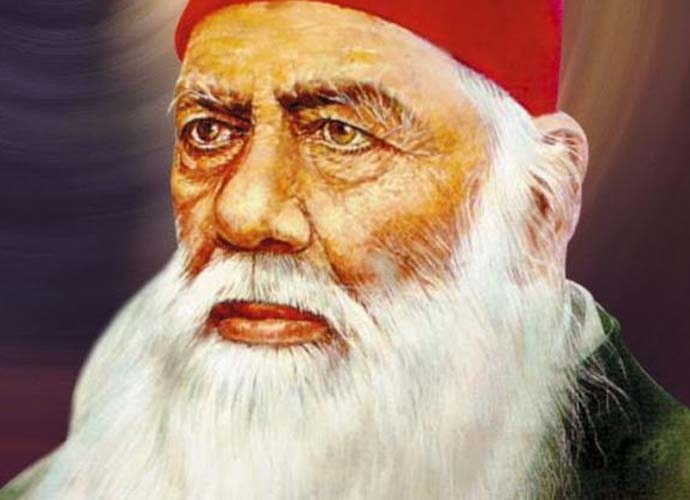 He started it: Sir Syed Ahmed Khan believed it ‘impossible’ for Hindus and Muslims to be equal. (Source: India Today)

As the battle for independence was raging in India against the colonial occupation of the Indian sub-continent, the story wasn’t much different among the pre-independent Indian diaspora across the world. While Rash Behari Bose was leading the effort in Japan, freedom fighters like Lala Har Dayal led a similar effort in North America under the banner of the 'Ghadar' movement in the early 1900s. The identities, from religious to linguistic and regional, were all merged, or overlooked — they were all bound by a sense of common ancestry and the common cause of fighting a common enemy.

Post-independence, a new ‘South Asian’ identity came into existence, especially in the US. Now that a sub-continental Indian identity was gone, the 'South Asian' marker was conceived of, representing the shared cultural identity of the region. This identity was to transcend the political-geographical boundaries of the subcontinent and was propped up primarily by Leftist intellectuals, academics, artists, journalists, etc. The establishment of many departments of South Asian Studies also came into existence, which was, not surprisingly, based on the US’s wartime exigencies.

The solidarity that held the diaspora community together in the US, leading up to the events of 1947, started showing signs of cracks and strain post-independence.

The independence of India saw a partitioning of the ancient civilizational nation which had more than 5,000 years of uninterrupted history. The Partition itself was messy and bloody, where millions died and tens of millions more were displaced.

This was a human tragedy of an epic proportion.

Even in technical terms, Indian sub-continentalism started giving way to territorial nationalism and identities — first as Indian and Pakistani, and later (1971) as Indian, Pakistani and Bangladeshi.

In due course, the South Asian label also proved to be problematic, due to its inherent contradictions in nationality, religion, culture and language. People resented being put in a monolithic homogeneous category. Additionally, the events of the past two decades or so have meant that the differences within the diaspora community of the erstwhile pre-independence Indian community have become only more acute.

Pakistani adventurism in the Indian state of Jammu and Kashmir (J&K) has always provided multiple flashpoints in the diaspora community of India and Pakistan in the US.

Frequent terrorist attacks on Indian soil, providing safe havens to Jihadi and Islamic terrorists and Pakistan’s juvenile obsession with the territory of J&K has meant that the relationship between India and Pakistan always remain strained.

This strain also gets reflected in the relationship between Indian and Pakistani diaspora. 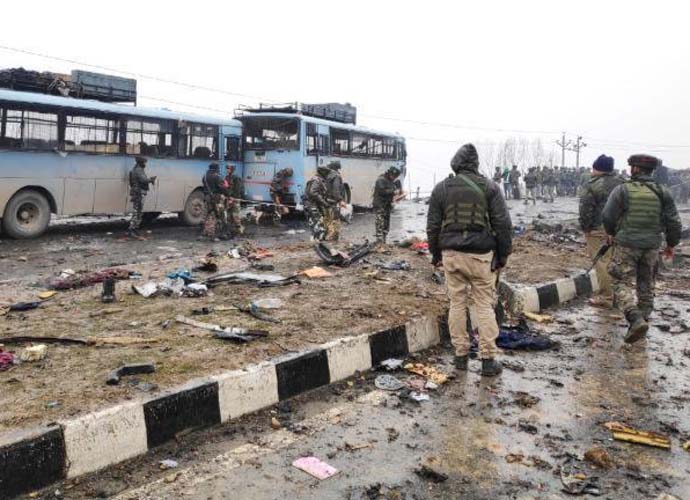 Historically, owing to the geopolitical situation and not until too long ago, the relationship between USA and Pakistan enjoyed a great deal of bonhomie — many pro-Pakistani Kashmiri organisations received both overt and covert patronage and the Inter-Services Intelligence (ISI, the Pakistani intelligence agency) was able to spread its network even within the US.

One such widely known network was run by an operative named Syed Ghulam Nabi Fai who was accused of running a front for the ISI. According to the US Attorney Neil MacBride, Fai, as an alleged paid operative of the ISI, “did the bidding of his handlers in Pakistan while he met with US elected officials, funded high-profile conferences, and promoted the Kashmiri cause to decision-makers in Washington”. Fai pleaded guilty to conspiracy charges and served prison time in the US.

The 2001 terror attack on India’s Sansad Bhawan (Parliament House) and the 2008 terror attack on Mumbai, where Pakistan-based Jihadi terror groups and individuals were involved, have further pulled the Indian and Pakistani diaspora apart.

However, no incident has harmed an already fragile relationship more than the recent terrorist attack in Pulwama, Kashmir.

The Pakistan-based Jihadi organisation, Jaish-e-Mohammed (JeM), killed more than 40 members of the paramilitary CRPF in a non-combat situation. Far. But Near Too: Connected to issues back home, the Indian diaspora has protested the brutal Pulwama attack. (Source: India Today)

The Indian diaspora reacted strongly against the Pulwama attack — communities across the US mourned the deaths of jawans, organised protest marches, candlelight processions and protests at the Pakistani consulate offices in Chicago, New York, Houston, etc.

Once part of the same diaspora, the Indian and Pakistani communities have drifted apart significantly owing to various factors.

However, if the long stretch of Chicago’s Devon Avenue, which has segments named after Mahatma Gandhi, Muhammad Ali Jinnah and Sheikh Mujibur Rahman is any indication, perhaps we are still far from a complete breaking point.

#Indian and pakistani diaspora, #India pakistan pulwama, #Indo-pak tensions, #Pulwama attack aftermath
The views and opinions expressed in this article are those of the authors and do not necessarily reflect the official policy or position of DailyO.in or the India Today Group. The writers are solely responsible for any claims arising out of the contents of this article.