Secure Ladakh before China teaches us another lesson

This article has been co-authored by Ravi Rikhye and Mandeep Singh Bajwa.

East Ladakh was so isolated and so lightly patrolled by Indian police that only in 1957 did India realise the Chinese had occupied the region. An Indian Army officer, who photographed parts of the Aksai Chin highway cutting across Ladakh, was disbelieved by Army HQ.

Because of increasing problems with China, the Army asked for three additional divisions and one-two independent brigades. The division for Ladakh was to have four strong brigades.

Resigned to the government's inaction, the Army asked for five regular battalions for 114 Brigade. Instead it got two. The second did not even arrive until the outbreak of the war. 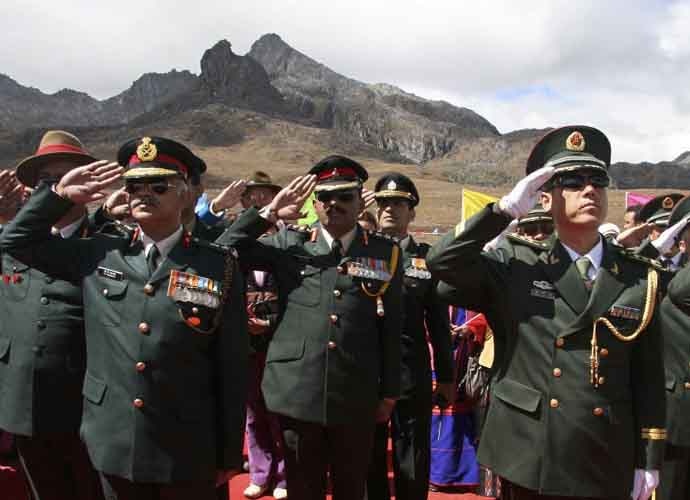 Prior to the 1971 War, India withdrew 163 Brigade to the Pakistan plains without replacement. Eventually, by the first decade of the 21st Century, India had only four regular infantry battalions supplemented by two Special Frontier Force battalions committed to the China front.

After we occupied Siachin, four of the six battalions were either inducting or de-inducting from 102 (I) Brigade at Thoise. The effective deployment against China was two battalions - a return to 1959. This shows India's acceptance of the de facto boundary with China, a wish to demilitarise the area, and to live in peace.

Instead, from about 2008 onward China began a long series of intrusions across the CFL (Cease Fire Line), pushing and provoking India. Possibly China wanted to pressure India into a formal acceptance of the Ladakh CFL.

Possibly as it grew in power, China, which is extremely contemptuous of India, simply wanted to show that we are only a vassal of the Middle Kingdom.

Whatever the reason, India authorised a build-up of its long-neglected northern border forces. As is always the case with India, instead of providing a force-level required by the circumstances, the government equivocated, hemmed and hawed about the money, and most amusingly, worried about provoking China. This is akin to worrying about angering the intruders who come into your house whenever they want.

Nonetheless, India has built up to what the Army wanted in 1959 and then some. A corps reserve brigade from west Kashmir was given to 3 Division to strengthen defences south of the Changchemo River, making three brigades instead of two.

A new brigade was raised north of the river. A new armoured brigade is under raising. Mandeep Singh Bajwa will explain its rationale in a subsequent article. And HQ XIV Corps is getting a new brigade to function as a reserve wherever required in the theatre.

So from two brigades facing China, India has now raised/inducted four new brigades, effectively tripling its resources for the China front. So it seems the Chinese are not really as clever as they think they are, because for no reason they have created a threat where none existed.

The new raisings, however, do not end India's requirements. No one ever won a war by relying on the pure defence. The Army has always known this, which is why it has requested a mountain strike corps for Ladakh and Kashmir.

Further, there is an urgent requirement for a brigade at Daulet Beg Oldi (DBO) with its own armour component. The new armoured brigade has to be reserved for east Ladakh.

Given that China is motorising or mechanising all its mountain troops, Daulet Beg Oldi, which has no natural defences, becomes difficult to protect. A new brigade at DBO means a new division HQ north of the Changchemo.

Also read - Giving up 'disputed' Siachen will be disastrous for India

Chinese expansion across all its frontiers is swift and aggressive. It stations only three brigades in Tibet proper, and a division close to east Ladakh. But it is building a formidable series of railroads in the region that will permit rapid reinforcement.

Its ground forces are shifting from a defensive to an offensive posture. Instead of doing what is needed, Delhi has cut back its GDP spending on defence to less than 1.7 per cent, showing remarkable negligence in protecting our country which is now threatened on all its frontiers.

Far from sanctioning the second mountain strike corps, Delhi is coming up with every excuse possible to cancel it altogether. More on this another time.

And Delhi is also as usual proceeding at an excruciatingly slow pace in constructing roads and railways.

The scandal about our failure to modernise our military is now globally discussed. Which then raises the question: will India need another Chinese lesson before we start taking our northern defence seriously?

#Indian Army, #China, #Jammu and Kashmir, #Ladakh
The views and opinions expressed in this article are those of the authors and do not necessarily reflect the official policy or position of DailyO.in or the India Today Group. The writers are solely responsible for any claims arising out of the contents of this article.