Shimla,the Raj & Bharat: Raising the Indian tricolour at the Viceregal Lodge made me realise the true meaning of Bharat Parv

After centuries of slavery, our freedom does not merely confer on us a cluster of rights, but a huge constellation of responsibilities.

The Viceregal Lodge, built on the Observatory Hill, Shimla, served as the summer capital of the British Raj until August 15, 1947. From 1884 to 1888, PWD architect, Henry Irwin, designed and constructed this magnificent English renaissance mansion, with distinct overtones of the Scottish Highlands.

Seven decades earlier, our erstwhile colonial rulers had already chosen this sleepy Himalayan village as their favourite summer retreat. From 1823, several Governors-General — and after 1858 — Viceroys had camped in Shimla during the summers. But it was not until 1864 that Shimla was officially declared the summer capital.

Lord Lytton, Viceroy from 1876 to 1880, decided to build a grand and imposing monument atop Observatory Hill. It was believed that this hill was chosen because it overlooks two watersheds. From one, the waters flow eastwards, down to the Bay of Bengal. On the other side, they lave and roll over the hills to the Arabian Sea. An army of Indian coolies and labourers levelled the hill made of shale rock, pouring cement concrete into the cracks to reinforce the foundations. They raised a grand edifice which still stands proud atop the beetling brow overlooking the city at a height of over 2,200 m. Later, they built a railway all the way from Calcutta, the then imperial capital, to Shimla, nearly 1,500 km away. From Kalka, the railhead in today’s Haryana, to Shimla, the railway link of 96 km is probably the world’s greatest narrow gauge engineering feat, now recognised in the Guinness Book of Rail Facts and Feats. With 103 tunnels, of which 102 exist, and some 800 bridges, it is still serviceable and operational.

Part of the three mountain railway systems, along with the Darjeeling Himalayan Railway and Nilgiris Mountain Railway, the Kalka-Shimla line is a UNESCO world heritage site.

After World War II, the British Empire, exhausted and bankrupt, decided to transfer power to the agitating Indians.

The Simla Conference of 1945, under Lord Wavell’s watch, was held at the Viceregal Lodge from June 25 to July 14, 1945. India’s foremost leaders, including Jawaharlal Nehru, Maulana Azad, Bhulabhai Desai, Tara Singh and, of course, the first Governor-General of Pakistan, Mohammed Ali Jinnah, attended. Mohandas Karamchand Gandhi, often called ‘the father of the nation,’ was also present. But, as renouncer of power in the very thick of every political battle, he did not participate in any of its sessions. Perhaps, Gandhi knew that the failure of the conference was a foregone conclusion. It was the last chance to keep India undivided.

In the coming year, 1946, a Cabinet Mission formed by the new Labour Prime Minister, Clement Atlee, also failed to come up with a formula for the transfer of power that would keep India united. After the India Independence Act, 1947 was passed by the British Parliament on July 5, 1947, India was to be divided into two nations. 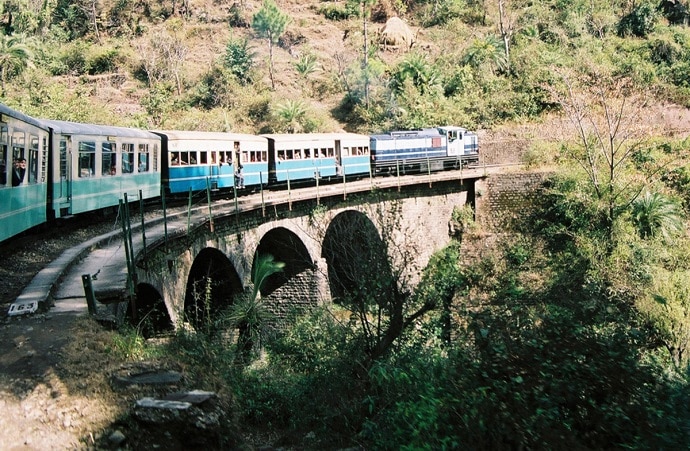 Just a month before, Sir Cyril Radcliffe, a lawyer who had never visited India and knew little about its people, culture, or customs, was appointed as the Chairman of the Boundary Commissions of Bengal and Punjab. His brief was to carve out two nations based largely on religious demography. He had no official advisors, nor the time to carry out fresh surveys. He divided India from an office in the Viceregal Lodge, then presided over by the last British Viceroy and first Governor-General of India, Lord Louis Mountbatten.

The Radcliffe Line, which became the border between India and Pakistan, was one of the bloodiest in human history. An estimated 10 million people crossed it, displaced from their homes and hearths; nearly half-a-million lost their lives in the communal carnage that ensued.

In 1965, the Viceregal Lodge, which became Rashtrapati Niwas after Independence, was handed over to the Indian Institute of Advanced Study by our second President, Dr S Radhakrishnan. He wanted to create a “residential centre for a free and creative enquiry into fundamental themes and problems of life” and “promote creative thought in areas which have deep human significance and to provide an environment suitable for academic research.” The main attendees of the Simla Conference 1945 did not foresee the bloodshed that would accompany the Partition.  (Photo: Wikimedia Commons)

The weapons that donned the impressive Burma teak-panelled and velvet mounted walls were removed. The formal ballrooms and dining halls were turned into a library. The buildings that dotted the 330-acre campus spread across three hills were converted into homes and apartments for scholars. In its over 50 years of existence, IIAS has hosted thousands of academic and scholarly events in addition to publishing over 500 books.

As I raised the Indian tricolour in its front lawns on India’s 73rd Independence Day, I once again understood the great value and gift of India’s freedom. As Raja Rao once famously put it, India is not just a desha (country) but a darshana (perspective). After centuries of slavery, our freedom does not merely confer on us a cluster of rights, but a huge constellation of responsibilities. India rises not just for herself but for the sake of Dharma, for the sake of the whole of humanity. But for India to fulfil her magnificent mission, each one of us must awaken to our true selves and our duty to our great nation. That is the meaning of Independence Day or Bharat Parva.

Post your comment
#British Raj, #British India, #Shimla, #Independence day 2019
The views and opinions expressed in this article are those of the authors and do not necessarily reflect the official policy or position of DailyO.in or the India Today Group. The writers are solely responsible for any claims arising out of the contents of this article.