1972 was the 'zero year' for the country's space programme.

Forty-five years ago, December 1971; Vikram Sarabhai passed away in his sleep at a Kovalam hotel. Sarabhai was to the Indian space programme what Homi Bhabha had been to the Indian nuclear programme.

Both passed away unexpectedly and some say in foul circumstances. Following Sarabhai’s untimely death, APJ Abdul Kalam (at the time he was head of Fiber Reinforced Plastics Division) along with others at ISRO Trivandrum made a plea to Prime Minister Indira Gandhi to continue to retain direct leadership of the space programme and their view on a future nominee to head ISRO.

First, the context of the letter. 1972 can be called zero year for India’s missile programme although the strands that came together had begun by 1968-70. There was a latent strategic intent to the civilian rocket programme that had begun in the early '60s however, by the zero year 1972 one can discern a deliberate strategic decision to speed up and institutionally set up the missile part of the nuclear delivery platform. 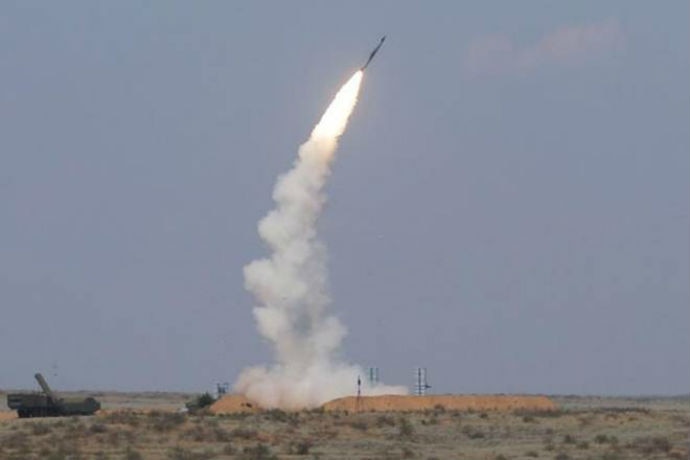 What got India to start a missile programme? There was an anxiety that China’s space leap would create a strategic deficit loaded against India whereby a situation would emerge of an unbridgeable “missile gap” between India and China.

A PMO document from 1970 informs us that the DAE (Department of Atomic Energy) had written to the PM on China’s satellite launch, Chinese rocket test with nuclear war head implied capability of 1,000-mile range.

By 1969, China had tested nine times including a drop from TU-16 as well as missile based and satellite launch in April 1970 suggested IRBM was within their technical capability. China had overcome the technical bottlenecks of the late-50s and early ‘60s when it had expected to become a radioactive breathing dragon through Soviet technical assistance.

The shift in China’s nuclear capability within two years between 1964 and 1966 can be understood from Robert McNamara’s statement to the NATO Ministerial Council on December 15, 1966 that within as little as two years “Indian cities, industrial complexes and defence establishments within a 500 mile range of Lhasa would be open to a Chinese missile attack”.

He had also added that by mid-70s “no Indian city anywhere on the subcontinent would be safe from Chinese attacks either with medium range or inter-continental ballistic missiles”.

Chinese nuclear capability was another dynamic emerging by the end of the decade demonstrated by launch of their first satellite. July 1970 report from Indian Military Attaché Moscow informed New Delhi on completion of missile testing facility near Peking and preparations for testing two liquid fuel missiles.

Soviet sources informed that China may have already deployed a small range of intermediate range missiles for use in emergency against Soviet Union but these could also be directed towards US bases in Japan and counties South and South West of China.

A wider strategic initiative was underway which appeared to coincide almost simultaneously with the untimely death of Dr. Sarabhai is revealed by a PMO document.

In a letter to MGK Menon (14.1.72), appointed interim chairman of ISRO awaiting the return of S Dhawan from California Institute of Technology, PM Indira Gandhi wrote “I think there should be some linkage between our Space Programme and defence needs. Would you please discuss with BD Nag Chaudhuri in a preliminary way the best manner of achieving this?”

MGK Menon had taken over from Bhabha as TIFR chairman in 1966 and BD Nag Chaudhuri was Scientific Advisor the Defence Minister and director general of DRDL. On January 11, 1972, scientists from SSTC including APJ Abdul Kalam wrote to Indira Gandhi requesting that ISRO remain under her direct charge following the death of Sarabhai.

Ashok Mitra Private Papers inform us of a meeting of the Scientific Research Division of the Planning Commission on December 1, 1972 which included BD Nag Chaudhuri, Satish Dhawan which declared primary aim of the Indian Space programme being of indigenous launch capability and SLV-3 project had already been planned for launch in December 1973.

This accords with what Raj Chengappa wrote; that when the SLV-3 was finally launched in 1980, Satish Dhawan had said “it gave India capability to make ballistic missiles”.

Planning Commission had revised the fourth five-year plan (1969-74) provisions in a mid-term appraisal from RS 15 crore to Rs 52.8 crore. The Static Test and Evaluation Complex (STEX; now known as VAST) and the Solid Propellant Space Booster Plant (SPROB) were envisaged after 1969 and along with SSTC, Rocket Propellant Plant RPP, Rocket Fabrication RFP and Shriharikota Rocket Range SHAR made up the six new ISRO projects. Hand-written notes in Ashok Mitra Papers also mention cryogenic facility. Thus, PM Indira Gandhi’s letter to MGK Menon on January 14, 1972 marks a cut-off point in establishing derivatives of strategic aero-space systems with operational capability of these derivatives to be achieved in phases from 1973-1978.

This letter also refutes any professed binary between weapons systems and the Indian space programme. As was the atomic programme, even the space programme had dual use built into it.

A PMO file from 1972 contains a private letter from an ISRO systems analyst to Ashok Parthasarathi where the analyst wrote that “recently this (Defence) Ministry is taking keen interest in the space technology for their use... (and) set up a study group on utilisation of satellite for defence requirements”.

We know from records of Indira Gandhi’ Secretary PN Haksar that Inter Continental Ballistic Missile (ICBM) capability was first mentioned in PMO in 1968. The missile as a derivative of modern ballistic systems (Prithvi-1980s) being developed in India was reverse of that in China where the satellite systems LM-1 and others were outcome of the ballistic programme (DF-4 & DF-5) underway from 1965-1966.

The PM’s letter would also corroborate what Raj Chengappa informs of the decision by Prof. Nagchaudhuri to appoint VS Narayanan as Director of DRDL as part of the decision “to get India’s missile plan off the ground”.

PMO document dealing with ISRO informs us that ministry of defence also set up a study group on utilisation of satellite for defence requirements in 1972. It also puts in perspective the actual budgetary allocations to department of space which doubled from 1971-72 (Rs 672 crore) to 1972-73 (Rs 1,368 crore).

In August 1972, ISRO organised a conference on reinforced plastics and their aerospace applications in developing materials technology. APJ Abdul Kalam was Head of the Fiber Reinforced Plastics Division at SSTC. Thus, 1972 marked a watershed in Indian missile and space programme.

However, the initial studies for these had been made as early as 1968-69. The same 1972 PMO document refers to multi stage vehicle with solid propellant putting 30kg satellite at 400 km was conceived in 1968.

Optimisation study of SLV was done in 1969 and design plan were prepared by various project teams in 1970. The design plan was discussed in the Coordination Committee meetings with Sarabhai as Chairman. At this time, CNES had approached ISRO for collaboration on “Diamant BC“.

ISRO thought that the 4th stage of "Diamant B" would be common with the Indian SLV. A plan had been worked out after negotiations and high energy propellant would be developed by SSTC Propellant Engineering Division.

They had already produced propellants of high specific impulse, propellants for Rohini and large size propellant cast for stage-2 of SLV. By 1972 it was being expanded for propellant charges of 600-800mm diameter. The Rocket Fabrication Facility (RFF) was planned in three stages with motors 400mm, 60mm and then 1200mm and above in the last stage.

By 1972, first phase was completed, second phase was approved and project report for the third stage was under consideration for approval. HGS Murthy and Sarabhai were the key figures here.

GHS Murthy was also member of the Defense Armament Panel (R&D). SHAR was also planned in three stages in which the last stage was for installation and commissioning facilities for Rohini and SLV launch. The PMO document also confirms that defence R&D and IAF approached ISRO for missile testing and training in 1971. ISRO had decided to assist “Defence R&D for testing indigenously developed missiles from SHAR”.

353 acres were set aside by SHAR for defence and IAF testing. In 1971-early 1972, Indian Naval Headquarters had also approached SHAR. The ISRO organization chart included conveys that the “Defense Projects” had been integrated into the SHAR programme.

Author’s Disclaimer: The documentation is part of the book The Nation Declassified: India and the Cold War World (Har-Anand, 2016) and access has been secured per the GOI Public Records Act. Comprehensive documentation of almost 10,000 pages of declassified national security and foreign policy documents can be referred to in the book.

Watch: Abdul Kalam on how every Indian deserves the dignity to live well

#Indira Gandhi, #ISRO, #Abdul Kalam
The views and opinions expressed in this article are those of the authors and do not necessarily reflect the official policy or position of DailyO.in or the India Today Group. The writers are solely responsible for any claims arising out of the contents of this article.

The author is a Researcher, Keio University, Japan and a formerly Visiting Researcher Kings College London.