Scrapping Indus Waters Treaty unilaterally is not an option

Articles 9-12 of the treaty clearly say India and Pakistan can’t just cancel it.

The fate of the Indus Waters Treaty (IWT) is once again on public trial, albeit by a handful in India, after the deceitful terrorist attack on an Indian army camp in Uri (Jammu & Kashmir) which killed 19 military personnel on September 18.

Post-Uri, several knee-jerk strategies have been projected to the BJP-led NDA government to punish perpetrator state Pakistan for its perpetual abetting of terrorism against India. One of them is abrogating or revoking the IWT signed on September 19, 1960, between India and Pakistan.

It is déjà vu. This is exactly what happened during BJP-led NDA-I, after terrorists attacked the J&K Assembly, followed by an attack on Parliament on December 13, 2001.

The Indian media, precisely as loud at present, enthusiastically conveyed then AB Vajpayee government’s various options, between mid-December 2001 and mid-January 2002, to teach a lesson to Pakistan.

On both occasions, a handful of strategic interlocutors in India strongly recommended revoking the IWT as part of coercive diplomacy.

At that time, the Vajpayee government never revoked or abrogated the IWT. Water from the Indus river has been flowing from its origin in the Tibetan Plateau (China) through India and Pakistan till it merges with the Arabian Sea, with occasional hiccups in terms of Tulbul Navigation Project, Baglihar, Kishenganga, Ratle, Miyar, Pakuldul, and Lower Kalnai Hydroelectric Projects (HEPs), river training work on the Ravi river, and so on.

In a distinct departure from NDA-I, however, Prime Minister Narendra Modi has succumbed to the pressure of media-hype and formed an inter-ministerial panel for reviewing the IWT, not abrogating or revoking it. Meanwhile, the purpose behind setting up the panel has been served - which was to address post-Uri public sentiment in India and send a message to Pakistan.

The suggestions on IWT, as they cropped up soon after a signal from the ministry of external affairs, deal with the irrational nationalistic fervour of "abrogating or revoking" the IWT through the limited military-strategic perspective of "water as weapon".

However, the government must carefully and comprehensively weigh in all suggestions on the matter for possible implications.

The geophysical violence (plate tectonics) in the subcontinent has made India’s role more complex as an upper, middle and lower riparian country with respect to trans-boundary rivers. As members of the government have questioned often earlier - “if Pakistan cannot honour the Simla Agreement and the Lahore Declaration, then why India should honour the IWT?"

The scrapping of IWT unilaterally has never been, and neither is right now, an option for either India or Pakistan.

During Parliament's session in July 2014, the NDA-II government refuted any drawbacks in the treaty by saying that “the IWT is a time-tested framework for the sharing of waters of the Indus river system between India and Pakistan. India has always strictly adhered to both the letter and the spirit of the treaty". 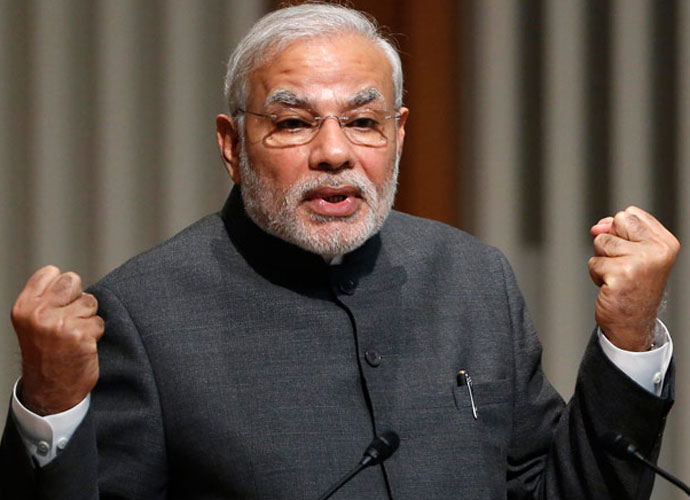 The treaty, like democracy as defined by Aristotle, was the best the two belligerent neighbours could get during the early phase of their Independence. Since the signing of the treaty, there have been severe reservations from various quarters of both countries against the IWT.

Articles 9-12 of the IWT clearly provide for settlement of differences and disputes and emergency situations among others, with the clear provision that both countries can’t revoke this treaty unilaterally.

If India wants to withdraw from the IWT, apart from a nod from the World Bank, it has to pass through three phases - Permanent Indus Commission (PIC), Neutral Expert and Court of Arbitration.

In addition, international opinion at least from the governments of Australia, Canada, Germany, UK and US, who contributed to the Indus Basin Development Fund, is to be taken too. Revoking it is not as simple as it has been projected since the Uri attack, as well as earlier post the Parliament attack.

Besides, withdrawing from IWT would definitely send a wrong message in respect of existing water development treaties with neighbouring countries such as Bangladesh and Nepal (not mentioning Bhutan here) and any such future bilateral or trilateral agreements on developing water-related projects on shared rivers.

The spillover effect will be detrimental to India. Interestingly, the Chinese intervention in the Indus river and other rivers is potentially high but may not create a problem immediately. It is to be noted that India and China are not part of any international water treaties. The water development treaties with Nepal and Bangladesh, existing and future perspectives, are not watertight success stories.

India’s moral strength on sharing water resources is limited. From Nepal to Bangladesh, popular voices are against India on shared water. There is also a high probability - considering massive Chinese investment in the China Pakistan Economic Corridor (CPEC) - that Pakistan would suggest inclusion of China in future talks on Indus waters if India puts hurdles in the IWT.

Those who are considering or suggesting a truncated irrational military-strategic perspective of "water as weapon" - it will be squashed instantly under well-accepted international norms and international public opinions.

The remark by PM Modi that "blood and water can’t flow together" must not be construed as water being a political weapon. In fact, blood contains more than 50 per cent of water! The idea of water as weapon is limited to the imagination or is to be used in a war situation or as a ploy for terrorists; it cannot be an option for a civilised nation which considers "water as life".

Meanwhile, after PM Modi’s master-stroke in Kozhikode (Kerala), when he told the people of Pakistan to fight poverty than engage in war, it is impractical to use water as a political weapon.

Water from the Indus river system supports 90 per cent of Pakistan’s agriculture, which employs 42.3 per cent of the total labour force. Is it not arrogance, political ineptness and unethical to think of water as weapon?

The late Ramaswamy R Iyer, leading water expert and former secretary in the ministry of water resources, once told me during a discussion on the Baglihar Dam dispute that "the abrogation of IWT is not warranted and the best course is to leave things as they are”.

For now, the PIC meeting has been postponed for an indefinite period, which is a rational step. The next step the government (Indus wing of the ministry of water resources) can take is: withhold all information from Pakistan related to flood warnings on the rivers Jhelum, Chenab, Jammu Tawi, Ravi and Sutlej till October 10, which is a routine procedure under way since 2014. These steps within the parameters of political and ethical discourse would pressure Pakistan.

Also read: Kashmir for Indus: India can hurt Pakistan with a drought

#Pakistan, #Indus Waters Treaty
The views and opinions expressed in this article are those of the authors and do not necessarily reflect the official policy or position of DailyO.in or the India Today Group. The writers are solely responsible for any claims arising out of the contents of this article.