The very politicians whose foot soldiers are blamed for shattering Vidyasagar's statue are vowing to rebuild it with ornate ‘panchadhattu’. This is exactly the outlook Vidyasagar stood against.

It was not a mammoth statue that came crashing down. Not a heroic figure on a horse, silhouetted starkly against an autumnal sky, hand upraised, index finger pointed at some distant horizon, that had to be pulled down with ropes by another impassioned generation and another set of beliefs.

It was a small bust, garlanded with some flowers that had withered, reposing inside a glass case, innocuous in its simplicity, much like the man himself when he had been alive.

The sort of familiar thing that has been around for years and is usually taken for granted as part of the scenery.

This is Calcutta after all, where every generation produces accomplished men and women nonchalantly, where the average citizen eschews pomp for intellect, and wears the latter lightly on his sleeve. He's seen it before: This isn’t the first time a scurrilous mob has gone after Ishwarchandra Vidyasagar. (Source: Reuters)

Had he been alive, Pandit Ishwarchandra Vidyasagar would probably have appreciated the irony of a mob of ruffians vandalizing his bust 128 years after his death.

He was, after all, no stranger to ruffians out to get him.

“He was a victim to much persecution at the hands of his opponents. Some even went so far as to attempt at his life. But he was never daunted in the least. Nothing could move him a hair from his life-long aim... whenever he went out into the streets, people surrounded him on all sides. Some threw at him vile taunts, while others abused him in filthy language; some threatened him with assaults, while others went so far as to threaten him with murder. But he cared very little for these insults and threats. One day, he was told that a certain wealthy man had engaged men to waylay and beat him... Vidyasagar, at once, presented himself before the rich man at his residence, where he was engaged in deep consultation with his flatterers and dependents, anticipating the sweet pleasure of chastising the wicked Pandit. At his sight, every one of the company hung down his head in shame, and could not give utterance to a word. At last, one of their number ventured to break silence, and ask the visitor the cause of his sudden appearance. Vidyasagar replied, 'I hear, you have engaged men to beat me, and they are always on the look out for me. To save them from their trouble, I have thought it better to present myself before you. You may now carry out your wishes.'

The audience bowed down their head in shame, and apologised for their ill conduct.”

(Isvar Chandra Vidyasagar, a story of his life and work  Chapter 16 ) It is not just the Hindu rightwing conservative groups who have hated Ishwarchandra Vidyasagar and his reformist ideas all these years.

In April 1969, Charu Mazumdar’s group announced the formation of the CPI(ML). Things quickly grew out of control with the lumpens taking over the movement and flooding the streets of Calcutta. There were so-called “disruptive” actions in schools and colleges. Statues and portraits of distinctive personages, such as Raja Rammohan Roy, Rabindranath Tagore, Mahatma Gandhi and Ishwarchandra Vidyasagar, were vandalized as walls were painted with revolutionary slogans as these were considered the icons of the bourgeoisie — much as intellectuals are considered “Macaulayputras” and “Lutyens” brigade by the Sangh Parivar today. And Urban Naxals, if one appreciates the incongruity.

Canonical dogmatism at both ends of the spectrum is remarkably alike.

The period that Vidyasagar belonged to, and his fellow reformers in what is known inchoately as the “Bengal Renaissance”, brought to the fore, a dialogue between disparate cultures that were uneasy bedfellows to a large extent. In its present avatar that still continues, this time, not between two landmasses separated by the kaalapani, but within this subcontinent. Two cultures uneasily coexist side by side — the so-called “cosmopolitan” and the vernacular. We have new words in our lexicon such as “pseudo-secular”, “chaddis”, “Urban Naxals” and “Macaulayputras.” The vitriolic arguments between the camps of Radhakanta Deb (a reactionary conservative and a philanthropist) and Raja Rammohan Roy, 200 years ago, are uncomfortably similar to that happening now between the votaries of militant Hindutva and those with a secular outlook.

At the moment, the BJP and the TMC are trading accusations on who desecrated the Vidyasagar bust.

What should alarm us is that regressiveness and orthodoxy of almost 200 years ago, is being obliquely justified and revived by a significant section of the population in this world of high-tech gizmos and connectivity — the orthodoxy that would throw a woman on her dead husband’s pyre or marry underage girls to adults, by this symbolic act of iconoclasm, apparently by the foot soldiers of a nationally registered political party, that goes against all the tenets of our Constitution and modern civilization.

Vidyasagar too was an iconoclast. He broke tradition, and so did his contemporaries in what Tagore later would describe as “ the dreary desert sand of dead habit” in his famous poem 'Where the Mind is Without Fear.

But there are two kinds of iconoclasm.

One that challenges the old and repressive ways with reason, logic and rationality in the intellectual space — the other, which failing to do so, expresses itself in the most pathetic and brutish way in the physical space, as it did that day. Now that the statues of intellectuals are being demolished, we wonder ‘who’s next’? Rabindranath Tagore? (Source: India Today)

To add injury to insult, our Hon’ble Prime Minister Narendra Modi has offered to build a great statue to Vidyasagar reportedly made of “panchdhatu” — gold, silver, copper, zinc, iron —  to replace that simple bust (after claiming that the TMC vandalized it.)

I have no idea what that simple little bust was made of — perhaps clay, perhaps limestone, marble, or even PoP. But does it matter?

The PM has promised a grand statue and indeed, he is experienced in such extravagant gestures. I am just reminded of an anecdote, an apocryphal myth, perhaps, with no historical veracity, but one that is close to every Bengali’s heart for he/ she has learnt it in the cradle. 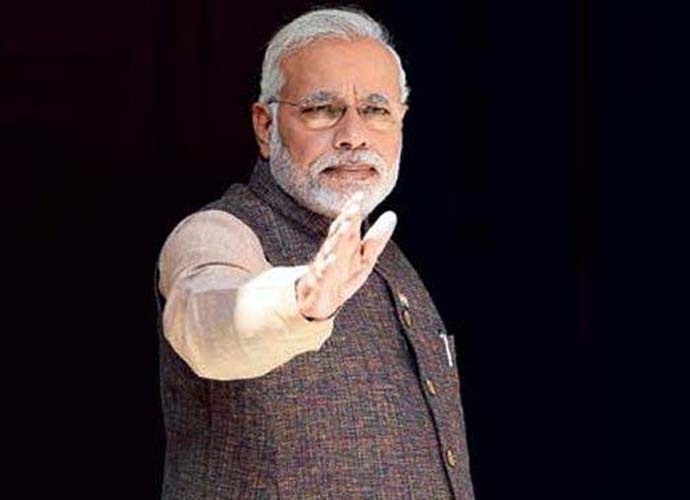 Do we really need a golden statue of Vidyasagar, Mr PM? Or simply more attention to his thoughts? (Source: India Today)

Upon asking his mother what she desired, now that he had a job and was earning, Ishwarchandra’s mother told him:

There are 3 ornaments I would like you to give me:

"In our small village, I am grieved to find that the children have to go to distant places for education. The first ornament I desire is that you should set up a primary school in the village.

Our people in the village have no facilities for medical care. Please set up a health care centre here. This will be your second ornament for me.

The third ornament is something which you have to do by yourself. In the days to come, your reputation may grow. If anybody asks, who is your mother? You may mention my name. Your conduct must be such that you must share with others the benefits of the education you have received. Do not go after wealth. The worshipper of Mammon will not yearn for God. The observance of this is the third ornament I desire from you."

Buying the spirit of a people who have been forged in the fires of such a Renaissance is still a very difficult thing to do.

Also read: Chaos in Kolkata: The Bengali is not Hindustani. And therein lies the problem

Post your comment
#Bengal violence, #Statue demolished bengal, #Ishwarchandra vidyasagar, #Vidyasagar statue demolished
The views and opinions expressed in this article are those of the authors and do not necessarily reflect the official policy or position of DailyO.in or the India Today Group. The writers are solely responsible for any claims arising out of the contents of this article.