After the rout in Mosul and Raqqa, the terror group is desperately sending out messages that it is still alive and kicking.

It has been just two years since the deadly Paris terror attacks that claimed 130 lives and left nearly 350 grievously wounded. France and other western European countries are on full alert to pre-empt any sinister design of lone wolf attacks by ISIS-inspired terrorists in the  continent even as continued vigil by the security forces are likely to foil such threats.

Stepped-up intelligence and better coordinated planning between the European countries are essential to meet any fresh security challenges emanating in the aftermath of the post-Paris attacks.

Meanwhile, security agencies have, in their drive to contain any emerging terror, carried out massive raids recovering sophisticated arms and ammunition of huge quantity. Continuing with their action plan, nearly 200 mosques too have been raided to flush out arms, terrorists or jihadi material detrimental to security.

In other words, France or any other nation, is not taking any chances and carrying out non-stop raids, both intelligence-led and random, to keep potential terrorists on the defensive.

ISIS or al Qaeda do not recognise nor are interested in knowing any geographical boundaries or racial considerations. Now, gradually driven to the wall due to ISIS reverses in the recent past after the rout in Mosul and Raqqa, ISIS is desperately trying to send out messages across that it is still alive and kicking and continue to be a force to reckon with that can unleash terror at the slightest opportunity. 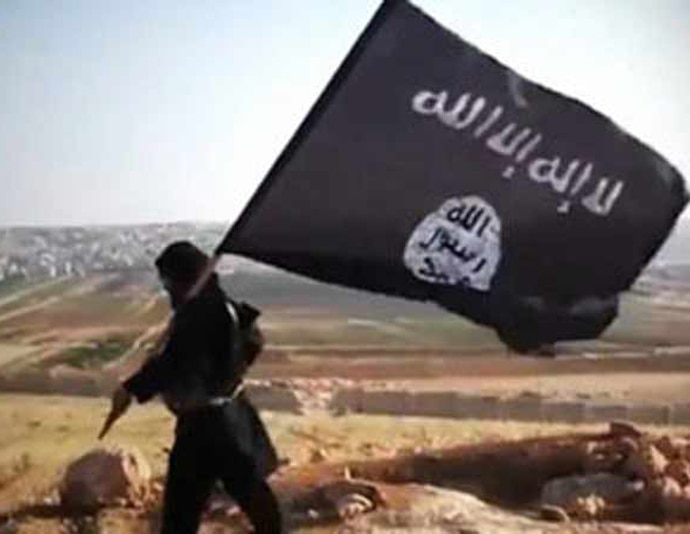 The ISIS or al Qaeda do not recognise nor are interested in knowing any geographical boundaries or racial considerations.

These developments have direct implications for India as well. As part of their propaganda offensive or psychological warfare, an ISIS-inspired 10-minute audio clip has recently been released. The tenor contained in the clip is that of a bold and direct threat to the Indian security interests. Essentially, the threat issued calls for lone wolf attacks on Indian locations on the lines of the recently perpetrated terror strikes in Las Vegas that killed many. So we notice Las Vegas is surely emerging as a kind of a "role model" and as a time-tested modus operandi, expected to be emulated in letter and spirit by home-grown terrorists to justify their existence.

Significantly, the audio also gives out a plan of action to sprinkle poison in food items and use trucks and other motor vehicles to mow through the milling crowd and killing as many as possible. Analysts are studying the recent attacks in New York and last year's Christmas attack in Berlin using the same method.

Coming back to the audio clip, its contents are in Malayalam and is currently under examination by the security professionals not only to check its authenticity, but also to try ascertain who all could be behind its release, besides other allied security implications. Prima facie, experts are reported to have found out that the voice in the audio is that of Rashid Abdullah, the dreaded ISIS activist who is believed to be on Interpol alert with a red corner notice.

Further examination of the clip is likely to reveal more relevant information leading to some substantial inputs.

The question that now arises, as many argue, is if the threat contained in the audio is real or veiled or just a move to cause panic. In any case, it cannot be dismissed and should be treated as real and all possible preventive measures should be in place to neutralise any possible attack.

The most important step is to intensify intelligence. That's crucial. In the past two years, we have seen intelligence failures in France, Belgium and Turkey which were effectively breached by terrorists causing irreparable damage.

Fortunately, the Indian intelligence has not let us down when the western countries were lethally targeted. An inherent disadvantage of the intelligence, in the Indian context, is that successes cannot be publicly celebrated. Much more fatalities and terror devastation have been prevented and that too  in huge number, but they don't get reported .

So, the public assesses the efficiency of the security outfits only when they see the optics or visibility on TV. Intelligence, therefore, has a very hard task to perform. Invisible , yet effective.

More pointedly, it's nearly impossible to look for lone wolves or to find out who is going to drive a truck through a Kumbh or a Thrissur crowd causing deaths. Yet, agencies are adequately clued to do their best to garner intelligence on suicide attacks or lone wolves. Random checking of vehicles at the melas appear to be a good method as it will send out a message that the security is active.

Statistically, there has been less number of terror cases in India in the recent past and a kind of confidence is prevailing that the custodians of law are in charge of the developments to the best of their abilities and resources (possible constraints too). This element of confidence must remain among the people once they enjoy the trust of the forces particularly during the melas.

It would also appear advisable that the concerned security agencies dish out dos and don'ts to the mela-goers in a bid to create awareness.

Howsoever quality intelligence one can gather and disseminate, one can't probe a human mind or his or her terror planning - be it suicide bombing or lone wolf attacks in thickly populated places. It's like the assassination attempts on VVIPs. Anwar Sadat was killed at the military parade in 1981. Intelligence must have been in place, but who would have known that tanks would be made the perpetrators to kill their own president? The intentions of the bodyguards of Indira Gandhi could not be gauged and that cost so dearly. During the inspection of the guard of honour, one of the naval ratings of the Sri Lankan armed forces assaulted Rajiv Gandhi in Colombo.

Even the best of intelligence couldn't prevent such attacks. These are natural pitfalls and have no quick-fix solutions.

Intelligence though a key element in the present scenario, has its constraints. We have seen dismal intelligence in the most advanced countries with the best of security infrastructure in place. I must mention France, Belgium and Germany in that order for their glaring failures. The Brussels and Istanbul airport attacks are suitable illustrations in point.

With pro-active action by the National Investigation Agency ( NIA), keeping a close and effective track on the terrorists and their network, there had been less cases of terror or flight to ISIS bastions from India. However, this calls for a cautious cheer particularly when the Indian Ocean island Maldives has sent hundreds of fighters to join ISIS rank and file in Syria. Here, it's important to note that the number of radicalised persons going to fight alongside ISIS are visibly disproportionate to the country's population of only 300,000. Yet another Indian Ocean island, Mauritius, with a small population is believed to have sent some to fight even as many stand radicalised on the island itself.

Indian preparedness to meet these fresh challenges look fairly under control. Now, that we have specific input of threats as also the methods outlined, the matter must be taken more seriously. All intelligence bodies must coordinate very closely exchanging data on a regular basis and not lower their guards under any circumstances.

Luckily, we have not had any Las Vegas-type attacks in India. Such occurrences are like a festering wound waiting to be swarmed by deadly ants to feed upon inflicting savagely . If the degree of vulnerability is low then chances of terrorists unleashing terror on soft targets also remain minimised.

The state intelligence must also be on board with central agencies to maintain a perfected coordination.

Another important prescription remains a sharp eye on the catalysts of terror by further activating our counter-intelligence outfits. Yes, the pointer is towards the ISI and its products like LeT etc. This is imperative as Pakistan, though threatened by ISIS for similar actions, may use its intelligence arm ISI to cause pinpricks on the Indian theatre. Perhaps a more aggressive approach to neutralise such elements may work better. These are the practical points which  security professionals may resort to or they may already be at work. The presence of Rohingyas also calls for an unobtrusive watch on their suspected links with Lashkar or its affiliates. Bangladesh with almost a million Rohingya refugees now, remains vulnerable.

Any spillover from Bangladesh to India must add to our vigil. Having said this, any migration to India must be foiled by the BSF. That may be a tall order, but doable in the national security interests.

We may be well-equipped to tackle any such eventuality, but that readiness needs to be monitored at regular intervals for an almost fool-proof mechanism to deal with all the threats emanating from the ISIS-inspired audio.

Professionally, intelligence agencies across the western world hold India in high-esteem, especially with the present National Security Advisor (NSA) at the helm. His wealth of experience focusing on operational aspects and eventually directed to the international community is the forte of the Indian intelligence agencies.

This must be cleverly cashed in on by those working on the ground to ensure that there are no lone wolf attacks and other threats incubating within the 10-minute audio.

Also read: How real is ISIS threat in India (and why we should worry about ISI)

#India, #Thrissur Pooram, #ISIS, #Kumbh mela
The views and opinions expressed in this article are those of the authors and do not necessarily reflect the official policy or position of DailyO.in or the India Today Group. The writers are solely responsible for any claims arising out of the contents of this article.