If Muslims followed the 5 tenets of Islam, the world will be a better place

One does not need a Zakir Naik to be a true believer of the faith.

The religion of peace, that is Islam, and its followers are being questioned and blamed for the rising violence across the world.

From Orlando mass shooting to the Dhaka attack to the Iraq car bombs and the suicide attack in Medina near the Masjide-e-Nabwi, the holiest site for any Muslim, the month of Ramzan has seen it all. 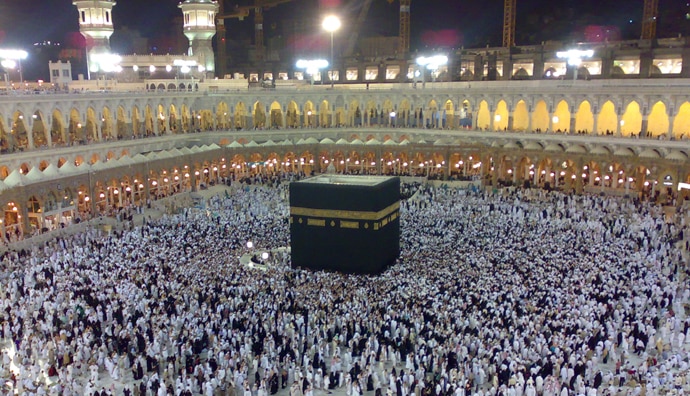 More than one lakh Indian Muslims perform Hajj every year.

That every attack was carried out in the name of Islam is too simplistic a view as mindless violence goes against the five pillars of Islam. Violent narrative holds sway over the silent majority and remains a dominant force. The world will be a better place if Muslims followed the five tenets of their faith. All sects within Islam agree that the following acts are the basis of a Muslim's life:

1. Shahada/Kalima: La ilaha illallah Muhammadur Rasulullah. There is no one except God and Muhammad is the messenger of God. It means one has faith that there is only God and prophet Muhammad is his messenger. No one can question your faith as it comes from within. The world will have no problem with your belief.

2. Salat/Namaz: Every Muslim has to offer namaz for five times daily - Fajr (dawn), Zuhar (noon), Asar(afternoon), Maghrib (evening), and Isha (night). There are several other Namaz, which a Muslim is expected to offer on a daily basis and some occasionally.

3. Zakat (Charity): Muslims who have accumulated wealth need to give away 2.5 per cent of their gains every year to the needy. Zakat is obligatory for all Muslims who have savings. How many Muslims follow the practise today?

4. Sawm/Roza: Fasting during the month of Ramzan is a necessary practice for adults and the healthy. However, exemptions are made for travellers and those suffering illnesses. Ramzan is a month of prayers - an opportunity to seek forgiveness and not indulge in worldly pursuits.

5. Hajj/Pilgrimage to Mecca: Muslims who can afford it, should make a pilgrimage to Mecca at least once in their lifetime during the month of Dhu al-Hijjah or Bakr-Eid, as we call it in India.

A Muslim who practises Islam in the spirit of the five fundamentals would never fall into the trap of subversive activities that terror groups like ISIS call Islamic. One does not need a Zakir Naik to be a true believer of the faith.

Post your comment
#Zakir Naik, #Muslims, #Islam
The views and opinions expressed in this article are those of the authors and do not necessarily reflect the official policy or position of DailyO.in or the India Today Group. The writers are solely responsible for any claims arising out of the contents of this article.