J&K better off under governor's rule than PDP-BJP

NN Vohra has brought about a huge administrative reshuffle within a few weeks of taking over state affairs.

With the death of former chief minister Mufti Mohammad Sayeed, the hyper-sensitive border region of Jammu and Kashmir again came under governor's rule - for the second time in less than one year. 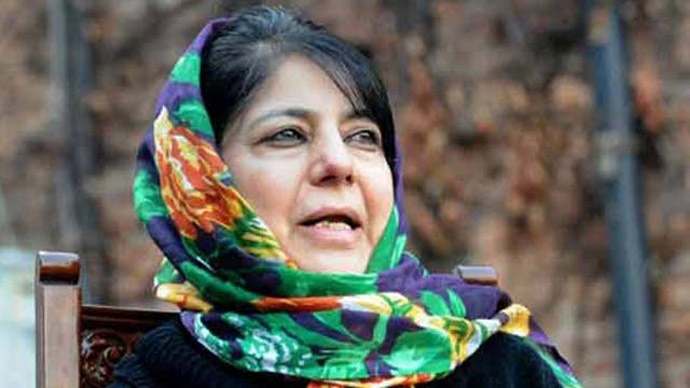 PDP's Mehbooba Mufti is all set to be the new Jammu and Kashmir CM.

The recent decision of governor NN Vohra to appoint advisers, order transfer orders in the administration and the police signals a long spell of New Delhi's rule for Jammu and Kashmir.

Under the Sixth Amendment Act 1965, the state constitution was amended, replacing the Sadar-e-Riyasat with the governor. But the powers and authority vested in this chair remained unchanged.

Narendra Nath Vohra is the 12th governor of Jammu and Kashmir. Since the 2008 Amarnath land agitation, this is third time during his tenure that the state is under governor rule. In the last three decades, Jammu and Kashmir has been governed by the governor for almost nine years.

Is Vohra a good governor?

It is interesting to note that what the much-hyped Peoples Democratic Party (PDP) and Bharatiya Janata Party (BJP) government failed to achieve in close to one year, governor Vohra achieved in two months only.

Soon after Mufti Mohammed Sayeed's death, Vohra cleared all the pending files in the CM's office, bringing relief to the common man.

The governor directed the relief department to release funds for the flood-affected people, whose houses had suffered the damage in the 2014 floods. The financial assistance sanctioned under Prime Minister's Development Plan 2015 will be over and above the relief/financial assistance provided to affected households under the State Disaster Response fund (SDRF) and Prime Minister's National Relief Fund (PMNRF). Vohra also disbursed an amount of Rs 1.99 crores among 813 traders as compensation for flood damage. One of most pressing issues after the devastating flood was the dredging of River Jhelum. Under the elected government of PDP-BJP, this had seemed a Herculean task.

Sources say Vohra promptly reviewed the ground situation and the requirement for dredging. He is reported to have communicated the importance of this project to Uma Bharti, union minister for water resources, river development & Ganga rejuvenation. He requested for urgent release of funds for Jhelum and its outflow channels.

It is commonly said that bureaucrats are one of the major hurdles in democracy. But in Jammu and Kashmir, the experience has been starkly different under Vohra. The governor has brought about a huge administrative reshuffle within a few weeks of taking over the state affairs.

In a major reshuffle on March 3, additional director general Shiv Murari Sahai was made the head of state CID. Till now, the inspector general of police used to head the CID. But Vohra changed the convention, posting Sahai as the new chief of this strategically-important wing.

Sahai's elevation as spymaster comes at a time when militancy has been on a deadly revival, since the "intelligence grid" plays a major role in tracking down militants. Two more officers have been promoted to the rank of director general.

An issue that could have become a headache for the PDP-BJP has been tackled by governor Vohra in a clean, straight-forward fashion. This is the issue of the Air Force base in Leh.

In a major decision, the governor got the Air Force base vacated for the use of civil aviation operations, meeting the long-pending demand of people of Ladakh region. Some other strong administrative decisions taken by him have also been highly appreciated by the people.

Army would also hand over 212 acres of land currently under its control at Tatoo Ground in heart of Srinagar city and 456.60 kanals of land at High Ground, Anantnag before March 31 to civil authorities. The credit again goes to governor Vohra who reviewed the implementation of decisions taken in earlier civil military liaison conferences in respect of all land matters relating to the Army. Vohra also directed Army to hand over 16.30 acres of state land held by it adjoining the campus of Jammu University and land held at lower Khurba Thang in Kargil.

A major issue of concern during the PDP-BJP reign was regarding the National Food Security Act. Both National Conference and Peoples Democratic Party had played blame game on this issue. Governor Vohra is committed to implement the Act by the middle of this month.

The top officialdom and the common man alike are now observing that the changes promised by the much-hyped PDP-BJP alliance and the elected government are being fulfilled by the governor.

#PDP-BJP, #NN Vohra, #Mehbooba Mufti, #Jammu and Kashmir
The views and opinions expressed in this article are those of the authors and do not necessarily reflect the official policy or position of DailyO.in or the India Today Group. The writers are solely responsible for any claims arising out of the contents of this article.

The writer is op-ed Editor at Rising Kashmir.