Leadership in disarray, cadre discontent: Can the AIADMK pull itself together?

Growing up in Tamil Nadu, one could not miss the omnipresence of J Jayalalithaa, the larger-than-life persona who led her party, AIADMK, to historic consecutive wins in two Assembly elections.

Jayalalithaa’s life and legacy evoked criticism and awe in equal measure. But if there is one thing that stood out in her 34 years of political career, it’s the unflinching, dedicated support of the cadre. 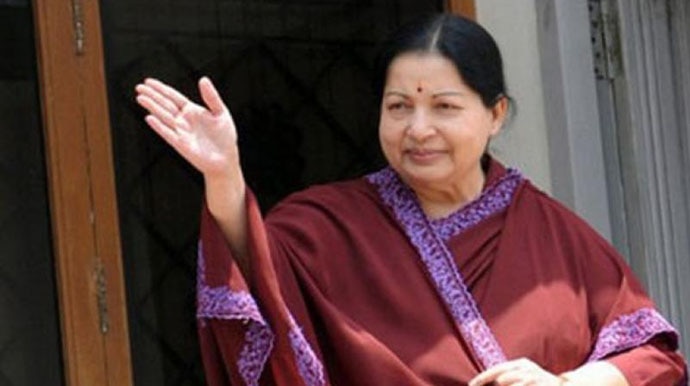 In her shadow: The AIADMK is nowhere close to recovering from Jayalalithaa's loss. (Photo: PTI/File)

At many a public rally, Jayalalithaa claimed with pride that the AIADMK had the support of 1.5 crore cadre. Braving the sun and the rain, these foot soldiers would turn up in large numbers to catch a glimpse of the iron lady.

A strong administrator, Jayalalithaa had a no-nonsense approach towards the governance of the state and her party. She never shied away from taking tough decisions, or sending stern messages to her opponents and followers.

One-and-a-half years after her demise, the AIADMK is struggling to keep its flock together. The vacuum left behind by a powerful leader has been clearly felt among the rank and file of the party. Since Jayalalithaa’s death, the party has been rocked by internal conflicts, corruption charges, and the rising charisma of its sidelined leader, TTV Dhinakaran.

The recently concluded membership drive of the AIADMK has the top leadership worried. In January this year, the party announced a membership drive to enroll new members and renew existing memberships. As many as 10 lakh application forms were given away. A membership form contains details of 25 people, priced at Rs10 each. The deadline was extended thrice following a lukewarm response. Two little: The EPS-OPS duo has not been able to win the cadre's trust. (Photo: PTI/File)

With just 80 lakh enrolled on the last day, the party is nowhere close to its strength of 1.5 crore cadre, as claimed by Jayalalithaa.  If the current drive is anything to go by, over 40 lakh members have not renewed their membership, and the party has not been able to attract new members. The infighting that followed after Jayalalithaa’s death between the O Panneerselvam and Edappadi Palaniswami factions has cost the party dearly.

The EPS-OPS duo is no match for the charisma of Jayalalithaa. The chaos within the party is yet to settle. There is a general mood of resentment towards the party and its governance.

Senior journalist R Radhakrishnan observes that the cadre implicitly trusted Jayalalithaa, but are hesitant to trust the present leadership. “Jayalalithaa’s claim of 1.5 crore cadre might be inflated, but she held them together. EPS and OPS are more interested in saving their chair than strengthening the party base. This explains why they don’t spend enough time and effort in propping up membership,” says Radhakrishnan. Looming challenge: TTV Dhinakaran's Amma Makkal Munnetra Kazhagam is chipping away at the support base of the AIADMK. (Photo: PTI/File)

While the dual leadership of EPS and OPS has failed to reap dividends for the AIADMK, the growing clout of TTV Dhinakaran has been a big concern.

The rebel leader’s newly launched Amma Makkal Munnetra Kazhagam is chipping away at the support base of the AIADMK. The well-attended meetings of Dhinakaran in western Tamil Nadu, known to be a stronghold of the AIADMK, have rattled the party.

Radhakrishnan points out that the AIADMK cadre may slowly gravitate towards Dhinakaran. “Many within the party see Dhinakaran as the only leader capable of leading the AIADMK. The moment this government steps aside, we can see a large number of cadre migrating to TTV’s camp. EPS-OPS fade in comparison to the magnetic hold TTV Dhinakaran has over the voters,” the journalist says.

With a fluid political situation in the state and looming General Elections, the AIADMK would do well to introspect and strengthen its base in the face of its growing unpopularity in Tamil Nadu.

#TTV Dhinakaran, #AIADMK, #Tamil Nadu, #Jayalalithaa
The views and opinions expressed in this article are those of the authors and do not necessarily reflect the official policy or position of DailyO.in or the India Today Group. The writers are solely responsible for any claims arising out of the contents of this article.