The lack of credible information about the CM's real condition has got the state anxious.

It is three weeks since Jayalalithaa was wheeled into the Apollo Hospitals on Greams Road in Chennai in a "not a very good state". It has taken almost that much time for governor Vidyasagar Rao to pull the Tamil Nadu government out of a state of ICU that it was slowly slipping into.

With finance minister O Panneerselvam given temporary charge of the chief minister's portfolios, it has been ensured that the government does not seem like it is on auto pilot mode.

1984 seems to be repeat mode in 2016. In May this year, Jayalalithaa followed in her film and political mentor MG Ramachandran's footsteps by winning a second consecutive term.

MGR had done so in 1984, after which it was always a case of the incumbent getting voted out. The manner in which Jayalalithaa's hospitalisation has played out resembles MGR's 32 years ago.

Then too, MGR did not vacate his chair for any other leader. That despite MGR staying in hospital, first in Chennai at the same Apollo Hospital and then in US for four months. The AIADMK has chosen to repeat the same template.

Apollo Hospitals has already indicated that the CM will have to stay longer though no time is specified yet. Opposition parties in Tamil Nadu are in wait and watch mode, not wanting to take a step wrong lest it turn into sympathy for Jayalalithaa.

But the anxiety in Tamil Nadu's political theatre, despite the outwardly sense of calm, is only increasing. Part of the reason is the lack of credible information about the CM's real condition.

What is worrying is that the last two medical bulletins have not mentioned anything about an improvement in her condition and only talk about Jayalalithaa being given passive physiotherapy and continuation of respiratory support. 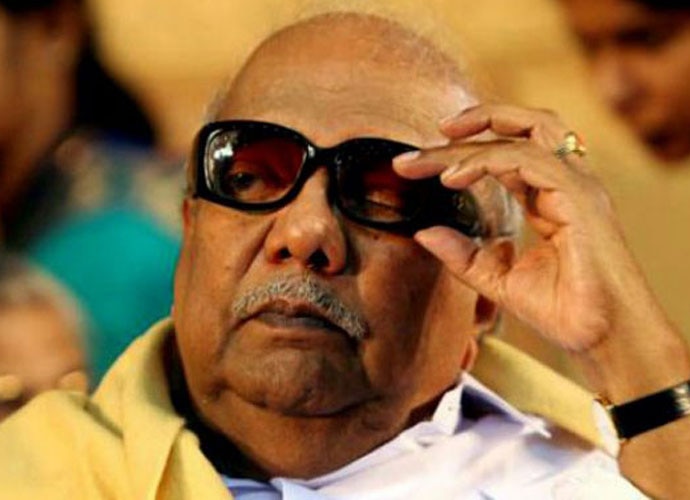 None of the political heavyweights who are coming visiting are able to even see her and are only meeting the doctors at Apollo Hospitals.

With the local body polls postponed, there are no elections on the horizon and therefore any kind of political churning is unlikely to take place in a hurry. But that has not stopped politicking with expelled AIADMK MP Sasikala Pushpa firing the first salvo.

Sasikala Pushpa's ire is directed at her namesake in Poes Garden, Sasikala Natarajan, Jayalalithaa's trusted aide. Pushpa has asked for a CBI probe into the circumstances in which the CM was hospitalised and also asked the governor to verify any letter bearing Jayalalithaa's signature for forgery.

Pushpa's angst is understandable. She blames Sasikala for her exit from the AIADMK and clearly wants to get even with her. Hailing from the Nadar community, Pushpa also wants to ensure that the Thevar community, to which Sasikala belongs, does not run away with the power goodies.

Karunanidhi is breathing down the AIADMK neck as well. He was among the first to demand that photographs of Jayalalithaa be released. With the allocation of the CM's portfolios threatening to take the sting out of his "no governance" criticism, Karunanidhi has demanded to know how Jayalalithaa advised the governor, as his press release indicates.

The AIADMK is doing its bit to convey that all is well. At the prodding of the party, leaders of smaller Tamil Nadu parties and outfits have visited Apollo Hospitals and come out to say the CM will be back on her feet in a few days.

The Congress looks set to recalibrate its relationship with the DMK and sources suggest that Rahul Gandhi, who was the first national leader to visit Apollo Hospital, is looking to do business with a section of the AIADMK.

The BJP, which has looked at South India as the region to make inroads, already has some kind of a working relationship with the AIADMK. PM Narendra Modi enjoys a good equation with Jayalalithaa and the BJP made Thambi Durai the deputy speaker of the Lok Sabha.

But some primary level poaching has begun. On October 6, some 100 members of the AIADMK's Chennai unit joined the BJP in state president Tamilisai Soundrajan's presence. The number was insignificant and no leader of note crossed over but the timing of the exit from the ruling party at a time when the leader is hospitalised, certainly is curious.

Outside the AIADMK has kept up the steady flow of prayers for Jayalalithaa. On Friday, Perambur MLA P Vetrivel is calling on over 20,000 people to conduct a special puja. The idea is as much to pray as it is to make a political point that "Amma" Jayalalithaa has the support of the masses.

#AIADMK, #M Karunanidhi, #Jayalalithaa, #Tamil Nadu
The views and opinions expressed in this article are those of the authors and do not necessarily reflect the official policy or position of DailyO.in or the India Today Group. The writers are solely responsible for any claims arising out of the contents of this article.