India should sit back and watch Pakistan self-destruct

Over the years, Islamabad politics has swung so far to the Right that Islamist parties of yesterday are today being seen as moderates.

The propensity of Indians to recoil in horror every time the Pakistanis are all set to shoot themselves in the foot is something beyond comprehension. Rather than encourage the enemy to hasten along the path to self-destruction, Indians tend to offer unsolicited advice to dissuade the enemy from harming himself.

With the Pakistani military establishment and "deep state" starting to "mainstream and upstream" the jihadist organisations like Lashkar-eTaiba/Jamaatud Dawa, Harkat-ul-Mujahideen/Ansar-ul-Ummah and other such despicable characters by giving them a role in the politics of the country and inducting their cadres in security services, India's neighbour from hell is all set to jihadise the mainstream.

If anything, India should welcome this development because not only will it expose the real face of "Jinnah’s Pakistan" before the rest of the world, it will also drag that country back to the first millennium, or as a Pakistani journalist once said "back to the stone age". What could be better for India than this?

Aside from the fact that the inexorable trajectory of a jihadised mainstream is organic to the dialectic of Pakistan, it really makes little difference to India whether the ruler of Pakistan is a jihadi in khaki (Pakistan Army) or a jihadi in Mufti (a Hafiz Saeed) or even a quasi-jihadi like Nawaz Sharif. Ever since Pakistan has come into being, every single ruler has had a visceral hatred of India.

Whether it was Sandhurst trained Ayub Khan (one Muslim is equal to ten Hindus), or Oxford educated ZA Bhutto (a 1,000 year war), or Radcliffe educated Benazir Bhutto (her hysterics on chopping the governor of Jammu and Kashmir Jagmohan into pieces), a government College Lahore educated Nawaz Sharif (impressing upon Osama bin Laden how much he loved jihad), an Oxford-educated Imran "Taliban" Khan who has been famously described as “good-looking Jamaat Islami” or some madrassa educated character, their attitude towards India is the same. The difference is only of style, not substance; of English accent, not deep-seated animosity.

While Islamism and Islamo-fascism has always underpinned Pakistani politics from its very inception, even the jihad project of the Pakistan Army is not new. For decades now, the Islamists have functioned as the handmaidens of the Pakistan Army, not only as a support group and a political pressure group in domestic politics but also as cannon-fodder in jihadist adventures abroad.

In the early 2000’s, the Islamist parties were forged together in an electoral alliance called the Muttahida Majlis-e-Amal (MMA), which at the time was lampooned as "Military Mullah Alliance". 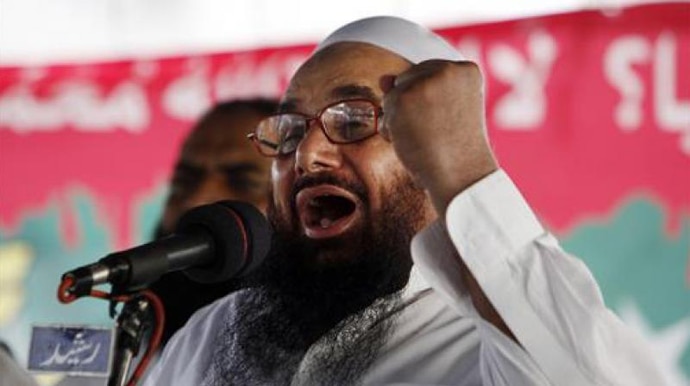 From the Islamist MMA, to the jihadist MML (Milli Muslim League, which is appropriately titled Military Muslim League) the Pakistan Army and "deep state" has now gone up the value chain to give the jihadists a formal political role and platform. Not only will this give the jihadists acceptability, respectability, and legitimacy, it will also give them an opportunity to mobilise people openly around the jihadist ideology. This will make way for jihadism becoming a new normal in the political discourse of Pakistan.

Over the years, politics has swung so far to the Right that the Islamist parties of yesterday are today not only being seen as moderate but have also been reduced to being fringe players. The new kids on the block —the Wahabi MML or the Barelvi Tehrik Labbaik Pakistan – replacing these parties are far more vocal, violent, vicious, and virulent than their predecessors.

They have the network, resources and reach that the older parties didn’t have. They possess the savvy to work the system, and if required challenge and undermine it. They combine the street power of the old with the firepower of today to become even more potent than the older lot of Islamists. Their appeal to their core constituency is rising in direct proportion to their political influence.

Until recently, they were engaged in jihadist terrorism and in "welfare" activities — the Jamaat-ud-Dawa runs a massive network of schools, hospitals, rescue services etc. While the "deep state" and "embedded" media is defending this "mainstreaming of jihadists" on the grounds that it will wean them away from violent jihadism, what is more likely is that these groups will keep up with their jihadist terror activities even as they continue to make inroads into politics.

The radicals might still not win many seats but they are certainly expected to cut into the votes of the established Right-wing parties to a point that makes the likelihood of a fractured verdict in the next election a very imminent possibility. Already the jihadists have been playing a swing role in many constituencies. Politicians suck up to the Islamists for votes and even firepower against their rivals, and in return give them protection, money, and support.

In the process, however, mainstream politicians have steadily ceded ground to the Islamists and there is a very high chance that in not too distant a future the Islamists will be top dogs and the politicians of today their underlings. For now, the Pakistani election authorities are resisting registering these new radical parties. But this is less out of conviction and more out of fear of international opprobrium.

Sooner rather than later, these parties will get registered. When that happens, India should not lose any sleep. India’s security doesn’t depend on the soft face of jihad running Pakistan, but in its own hard power.

#Indo-Pak Relations, #Pakistan, #Hafiz Saeed, #Jihad
The views and opinions expressed in this article are those of the authors and do not necessarily reflect the official policy or position of DailyO.in or the India Today Group. The writers are solely responsible for any claims arising out of the contents of this article.