From band-baaja to pakoda, how 'jobs' have turned into the biggest 'jokes' for our netas

Irrespective of their ideology, our politicians have uniformly failed to understand the gravity of unemployment. For them, it seems a meaningless cliche. Or, going by Madhya Pradesh CM Kamal Nath's recent views, a way to blow your own trumpet.

At the onset, let’s just put it out there that no job is big or small. That said, no one really aspires to grow up to be the best band-baaja wala. Yet, the chief minister of Madhya Pradesh, Kamal Nath, ostensibly wants you to believe that the ‘youth’ of MP, who are the future of his state, would perhaps, in another decade or two, be known for their band-playing skills in wedding processions, local functions, et al.

That Madhya Pradesh, which started off as ‘Hindustan ka dil’, thanks to all the tourism ads we’ve grown up watching, will now be known as ‘Hindustan ka Band’ is a downfall steeper than our reducing GDP (the actual one, not the ones you’ve received on WhatsApp).

But Kamal Nath has a plan — and here’s how he’s adding to the band-e-monium, err… pandemonium.

Speaking to ANI, Kamal Nath said, “I am trying for a band training school in Chhindwara. At so many marriages and functions, the band is played. The people are excited about it. Hence, I want that those who participate in bands during wedding functions across the country should be from Madhya Pradesh. (sic)” 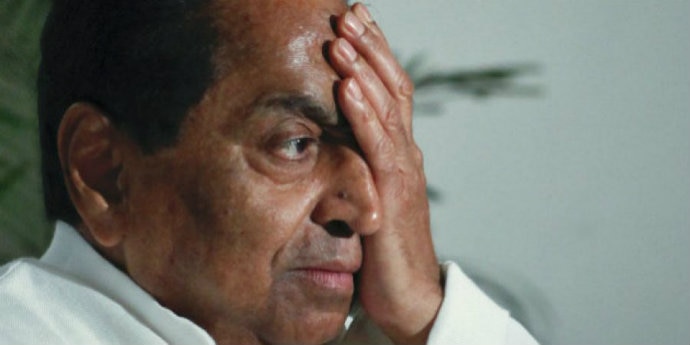 All those middle-class parents who chided their misguided kids back onto the ‘right track’, as it were, because pursuing a career in music would lead to working as band-baaje wala — well, go eat dirt!

Of course, Kamal Nath wants to use this move to blow his own trumpet come election season — claiming to have generated ‘n’ number of jobs in Madhya Pradesh after being appointed as CM. And who better to blow that big trumpet, right?

What, are you offended by our analogy?

Then we hope you’re offended by Kamal Nath's joke of a solution to a serious and severe problem like unemployment that’s plaguing the youth of the nation now.

What do we, as citizens of this country, even want from our leaders? That law and order be maintained and that there be enough jobs for us to earn our daily daal-roti. These jobs can be generated through a number of avenues — industrialisation that would ensure factories are set up to offer jobs, globalisation which would lead to building of private enterprises, again generating jobs, so on and so forth.

Parading around in old, shabby clothes, before a malnutritioned horse and over-fed, drunken 'ladke-wale,' being treated as less than humans ourselves, and feeling giddy with the exposure to a wealth we can only see but not own, was never actually at the top of the list of our most coveted jobs.

What is even more ironic is that the people of the nation, apparently, wanted change. Which is why the role of governance was shifted from the BJP-led NDA representative of Shivraj Singh Chouhan to the Congress’s Kamal Nath. A ‘change’ was promised — from those who had suggested pakoda stalls as a solution to unemployment.

But that’s not a solution we’d expect our policymakers to give us. 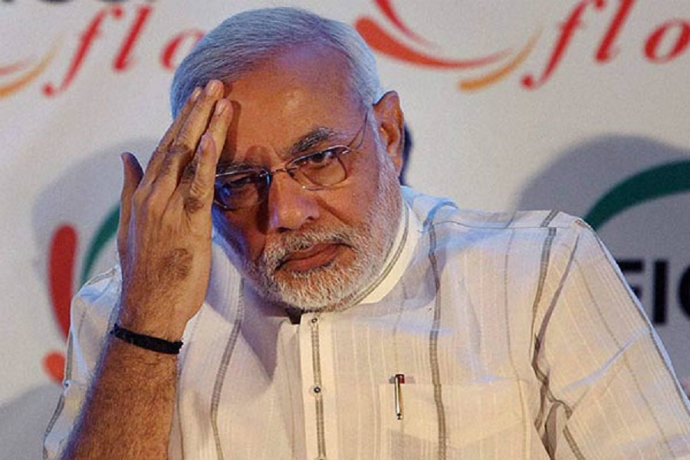 "Pakodas go well with chai. That's all I wanted to say." (Source: PTI)

Yes, a ‘chaiwala’ did become the Prime Minister of India — an inspirational story we keep tripping on, even though the truth remains that the real credentials he was evaluated on were his successful track record as Gujarat Chief Minister, and no, not because he made a killer cuppa. And even in that, there is but one prime minister against a thousand chaiwalas struggling to just make ends meet.

Therefore, if an educated individual has to resort to a pakoda stall or take up playing band-baaja at a shaadi to make ends meet, it’s a commentary on the failure of our netas' policies, and never the other way around.

With this ‘applaud-able’ (read: laughable) announcement, Kamal Nath is simply trying to put a ‘band’-aid over the wounds netas — irrespective of the colours they hoist — inflict on the janta. Quoting an increase in the unorganised sector is a win-win situation for them — they do not have to shoulder any of the responsibilities, and yet, they’d garner all the claps during an election rally.

Perhaps Kamal Nath should consider giving a few lessons at his band school himself. He could teach how to blow your own trumpet, of course, but also how to drown out real social sound.

Also read: Calling the bluff: No, Indians did not elect a chaiwala as PM. They elected a very successful CM